What is Vaporwave Music?

How Do You Make Mallsoft?

How Do You Make Dreampunk Music?

Electronic music harnesses the latest advances in noise-making technology to bring us fun on every frequency.

Many actually draw the line on what qualifies as electronic music at the physical, technological level.

But, synthesizers and samplers...

Yes, those definitely do.

Dreampunk (and Vaporwave, as a whole) is all about that kind of thing.

What is Vaporwave Music?

Think of Vaporwave as a microgenre of electronic music with its own special aesthetic derived from pastels and painfully bad software.

Vaporwave, musically, makes references to the dreams and visions we had of the future as children which now stand in stark contrast to a relatively bleak, nearly dystopian reality. Dreampunk, as a microgenre of Vaporwave, takes nostalgic sentimentality a step further, diffusing futuristic sound to pure ambiance and atmosphere in the process. Dreampunk visionaries abound, but their approaches differ significantly. Some use lots of samples to drown you in sound, but others eschew these for pure electronic bliss.

Block Out the World With These Wonderful Dreampunk Albums 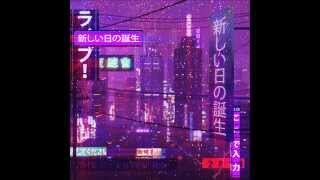 Dreampunk, no-sample pioneers Hong Kong Express (HKE) built on the immense success of their first release "Birth of a New Day" with subsequent studio albums in the same vein.

These mirrored the vibe of their predecessor to a large degree, satisfying the genre's devout followers' insatiable music lust but for a moment before they collectively cried out for more.

Well, thankfully, there is plenty more to be had.

How Do You Make Mallsoft?

Mallsoft - a Vaporwave genre meant to make you feel like you're chilling in a mall somewhere way off in the future - is as varied as Dreampunk in sound.

Artists inject their own uniqueness into it at every turn, but the core focus of emulating and enhancing corporate lounge music remains the most important ingredient. How Do You Make Dreampunk Music?

First go to sleep. Next, dream about punks...

Making Dreampunk music is all about capturing the feeling of being where you could never be - in the past and the future at once.

Imagine you're relaxing on the floor of your childhood bedroom, massaging Pokemon cards on a carpet covered in candy.

Now imagine your room is inside a flying, monolithic obelisk, hurtling under a waterfall caught in a cloud bank.

Good, now make a song about it.

Oh, and leave out the beat. 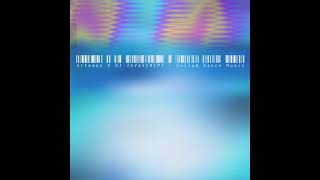 Read Jakub Zytecki's Search for the Spiritual in the Musical next.