Trump and the Death of the USA 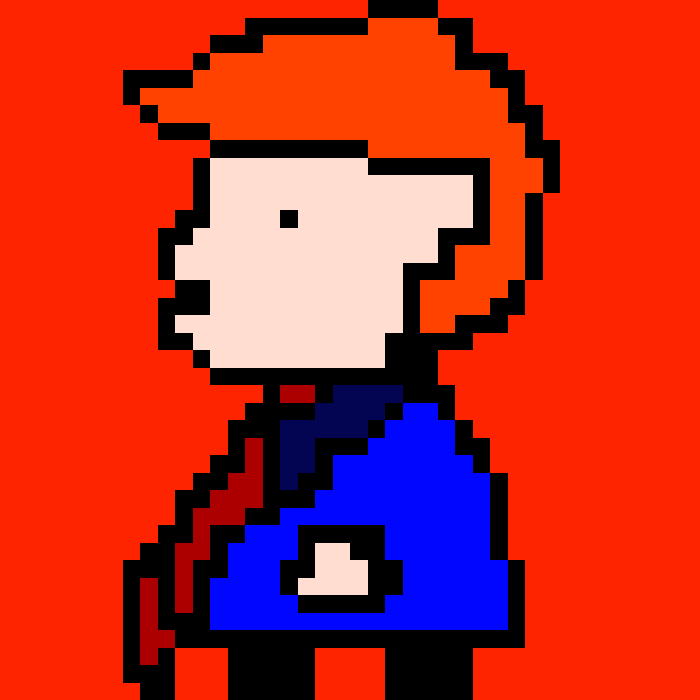 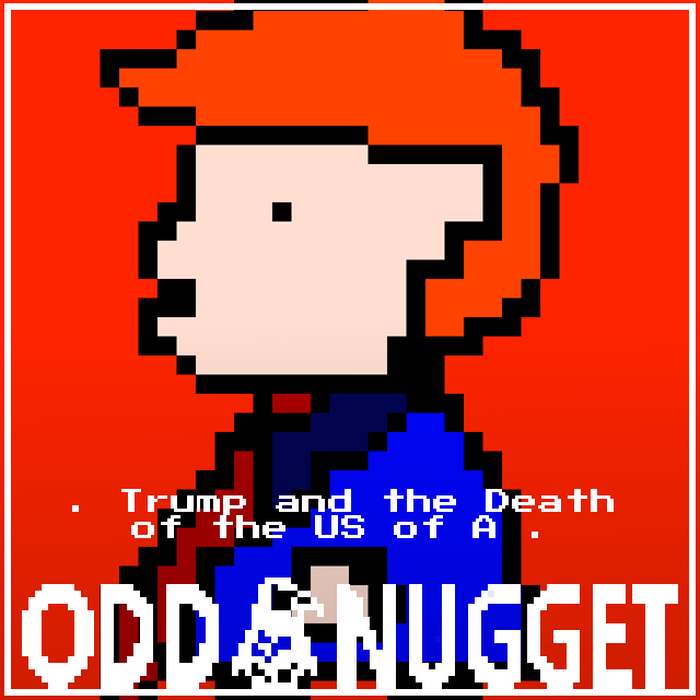 As fiery riots across the US push tensions past their boiling points in both a figurative and devastatingly literal sense, nothing has proven quite as entrancing as POTUS Donald Trump's lyrical Twitter tango - waged in real-time from a comfortable nook under his bed, no doubt, as Secret Service agents work tirelessly to keep him safe and freshly diapered.

I've wondered whether he's even aware of his presidency or, as I suspect, simply gone spastic in an imploding world of self-delusion many a time. Sadly, the latter seems an increasingly fitting explanation for his many ill-advised actions. 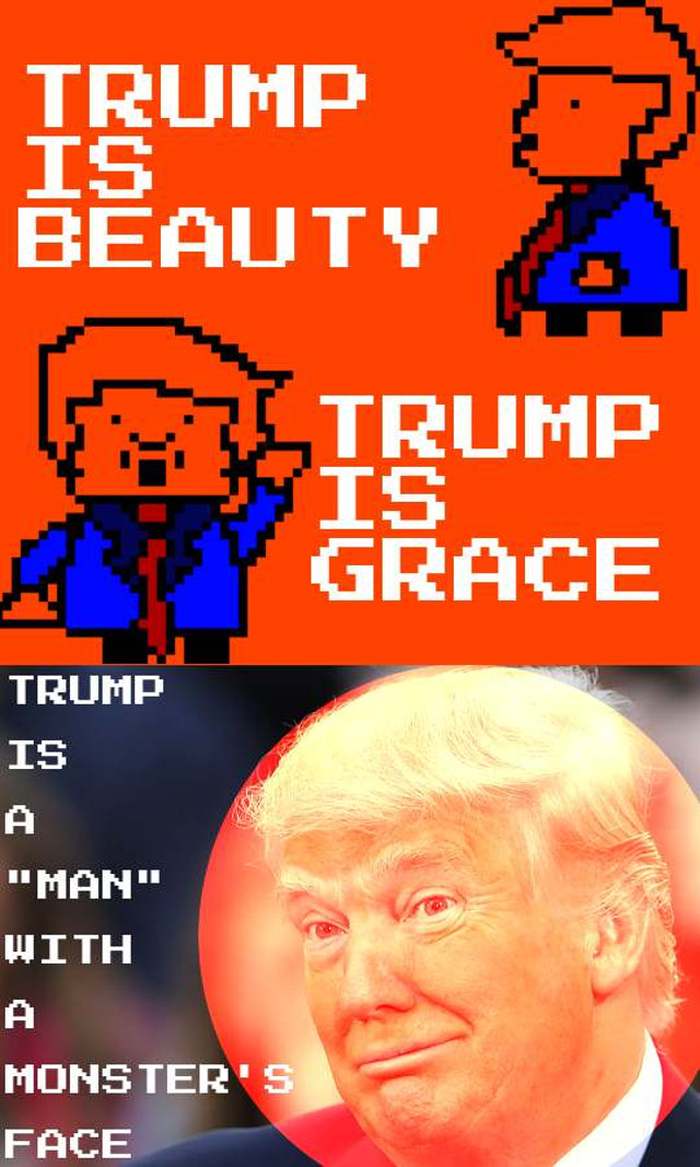 To say my being associated with a nation whose current choice of leader believes stoking racial flames amid what may well turn out to be the most devastating civil clash since that other race-related clash a certain tall, bearded, top-hatted gentleman seemed awfully emphatic about way back when is lamentable would epitomize understatements.

It is for shame that the leader of a nation with so much promise would draw upon his immensely minimal stores of talent and intuition to hurl mud, insult, demean and otherwise do no good for all parties involved. 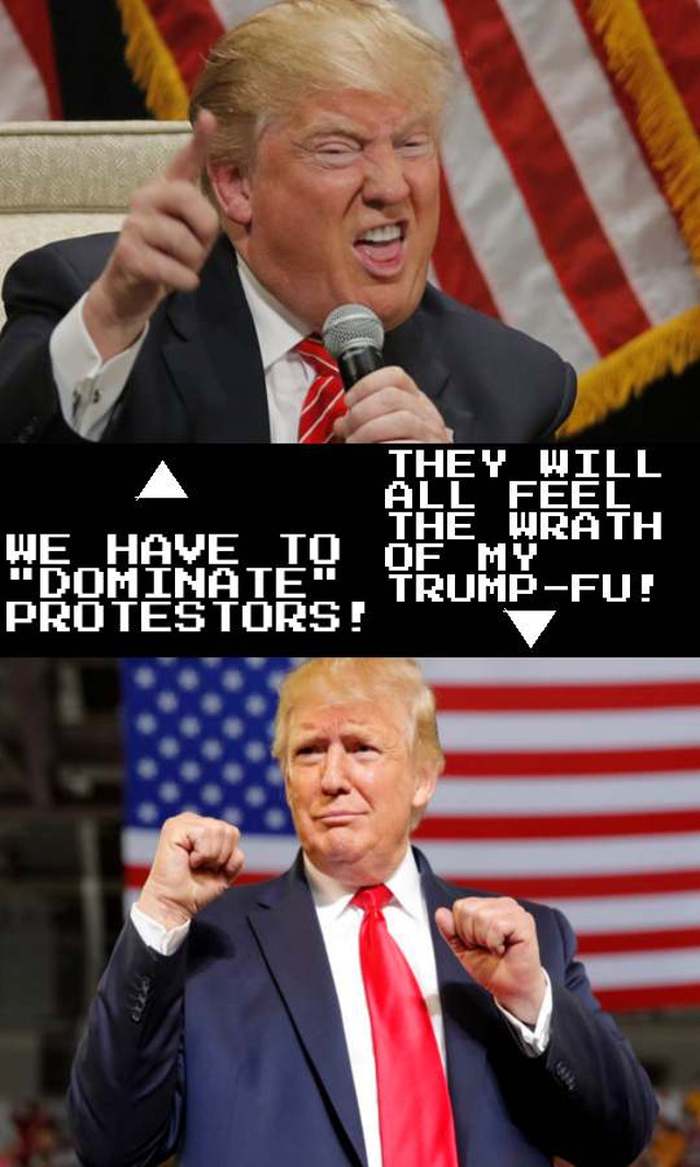 Rather than deciding on appropriate measures of seeking justice for those as brutally slain and mistreated by the police as the late George Floyd, Trump pleases his base sensibilities by announcing his fetid stupidity to the world at large in an endless torrent of lies, threats and insults more off-putting than the haze of halitosis his subordinates undoubtedly endure by the hour.

The ridiculously innappropriate string of tweets his pudgy thumbs have pushed out into the public eye during such a serious crisis prove at least one thing about the man: that he is a one trick pony - the kind that can't count, but is adept at neighing insults at its surroundings while defecating itself in unbridled angst.

Trump can't count ALL people as human beings. He can't count ALL public uprisings as symptoms of an ailing society. He probably can't count how many people have already died thanks to escalations in physical violence brought about by the militarized police he gleefully prods onward.

The Lamestream Media is doing everything within their power to foment hatred and anarchy. As long as everybody understands what they are doing, that they are FAKE NEWS and truly bad people with a sick agenda, we can easily work through them to GREATNESS!

Law & Order in Philadelphia, NOW! They are looting stores. Call in our great National Guard like they FINALLY did (thank you President Trump) last night in Minneapolis. Is this what voters want with Sleepy Joe? All Dems!

President Trump compared #GeorgeFloydProtests to Occupy Wall Street saying 'It's a movement..and if you don't put it down it will get worse and worse.' https://t.co/NQH1KDkWFR

Mayor Jacob Frey of Minneapolis will never be mistaken for the late, great General Douglas McArthur or great fighter General George Patton. How come all of these places that defend so poorly are run by Liberal Democrats? Get tough and fight (and arrest the bad ones). STRENGTH!

Not only have black lives lost all meaning to this "man's" administration, but so too have those of children, reporters, congresswomen and the elderly - all of whom have been victimized at the hands of an out-of-control police force over the last few days.

This frame tho. Cop shoves the girl to the ground then doses her, point blank. Real coward shit pic.twitter.com/ezJtOMFRBC

Hey folks, took a tracer found to the face (I think, given my backpack) and am headed into surgery to see if we can save my left eye

Update: Got her permission with a fuck yeah. The cop pushed her so hard at Barclays & she flung back. She is tiny. Now she’s in the ER after a serious seizure. I’m waiting for updates but have to wait outside because of COVID-19. Please keep my protest sister in your thoughts. pic.twitter.com/MqV0QJ0D8h

They shoot the media too 👇https://t.co/AprzZgblCx

Salt Lake City cops shove down an elderly man with a cane for the crime of standing along the street: pic.twitter.com/PCLkHqQtJg

I long (as I hope many others might as well) to see a time when ALL people can be loved or hated chiefly as people and on an individual basis at that - both inside and outside of the US. Love us for our talents. Hate us for our failings. Ignore us for our mediocrity. But please, stop pretending we are any less human than anyone else.

Looking in at this violent American spectacle from the outside is as nightmarish as it is entirely unsurprising.

With a bonafide idiot at the helm, no vehicle is safe from oblivion. The US is that vehicle. Donald Trump is that idiot. And a third-world future for a land once filled with promise is that oblivion.

Read all about shieldmaidens and vikings...