Whether your taste in strategy games is mainstream or extremely niche, the following picks are probably going to be permanent fixtures in your weekly rotation...

Developed by CaPax and published by AIRLIB Co., Ltd.

"Samurai war era Hunter" is a mini-game in the process of making a simulation game during the Warring States period in Japan.

Farmers can also cut stones.There are also scary wolves in the forest.You can make a hunter out of rice and wood and get rid of it.You can make a fence out of wood to protect the village.Please enjoy increasing the number of villagers. Made by Honestly Games

Build and grow your settlement in a city-building simulation of medieval societyManage peasant and noble families, expand your production chain, work with the church, train an army for the king and influence the daily lives of your villagers while exploring what it means to be a true lord.Successful kingdoms are built on the shoulders of strong vassals and the labor of their peasants. Where prosperity is the ultimate goal of every lord, it always comes at a price - one you might not be willing to pay.Build your SettlementUse the toolset to create and decorate the houses for your villagers. Expand your manor, build churches, warehouses and all kinds of buildings your civilization needs to prosper. Thanks to your input, no settlement is ever the same.

Split the LandTake advantage of the procedurally generated world, understand where certain lands are best to be and set your village up in the most efficient way. Or just experiment and go wild!Manage FamiliesThe family profession is passed between generations and their members are tied to your service. Your production depends on who is living in your settlement so be sure to get to know them well.Provide Land to the PeopleYour villagers are tied with their life to your land and will work as long as they are given the opportunity but they can also be the source of problems and may disobey your orders.Expand your Production ChainThe production chain involves over different resources and professions. Every game is different and so are the industries you end up adopting in your economy.

Prepare for the WinterCollect production and control the economy. Take too much and your villagers may starve. Take too little and you might be in trouble with the king. Are you willing to risk some lives?Be Part of the CommunityLords Villeins has been in development for over two years and everything from the art, code, and music has been done by a single game developer. It still has a long way to go and it would not exist without the support of my friends and the community. I encourage you to be part of it and would love to welcome you on our journey to see this game where it can ultimately be.Join us on Social MediaTwitterInstagramFacebookDiscordWishlist on SteamBecome a patron 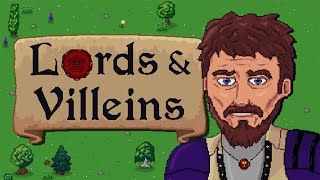 Developed by Exe Create Inc. and published by KEMCO

StoryIn Terra, a world whose civilization developed thanks to magic tools, there are frequent cases of people being turned into magic swords. Alice, a girl who is traveling with Aldo, the main hero, chooses to become a sword to rescue her friends. Will their journey and encounters lead them to a predetermined fate?OverviewThrow yourself into the beautiful, complex turn-based battles, using magic swords with up to three weapons set! The overwhelming charm of pixelated graphics surround your entire world and adventure in a unique fantasy JRPG. Not to mention all the necessary elements from treasure hunting, quests, pet buddies to almost-infinite level caps!High-definition battles using Magiswords!

Magisword skills and weapon skills need AP!Will you use Charge to completely restore AP?Or will you continue to attack the enemy without any let-up?Throw yourself into the beautiful, complex battles, using Magiswords with up to three weapons set!The overwhelming charm pixelsTowns that really make you feel the lives of the residents...

Battle scenes that really draw you in...A single-player JRPGIn an intricate world of dot graphics, you can enjoy the story right to the end, without having to compete with others!So many enjoyable elements!Become buddies with a pet, for advantages in battle!

Get large numbers of items from huge treasure chests!Levels up to ! Weapon strengthen values also up to !Fun elements after you finish the winding path to the end of the game!And many other elements to enjoy! Made by Cosmic Adventure Squad

Your job is to pass out rations in a war-torn country, with hardly enough to go around. You must tell the survivors "you only get one".Who do you decide to feed? Do you want the soldiers to stay alive to protect the common folk? Do you save the women and children, the aged, the unemployed? Will you take bribes, or succumb to violence?Their fates are in your hands.Initially created in hours for Ludum Dare .

The theme was "You Only Get One". We placed: Theme Overall MoodInstructionsClick the ration to hand it to the current survivor in line, click the X card to deny a ration, or click the gun to eliminate.Survive for days.CreditsVu Ha - CodeRose Peng - ArtJohan Soriao - AudioUpdate Originally built using Flash back in Dec. , Rations Please recently became unplayable since Flash is no longer supported.Due to popular demand,we've decided to port the gamefrom Flash to Unity so that it can continue being played in browser.Thanks for playing our game! 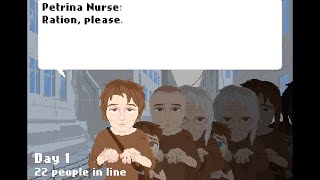 Website: Miners is an in-progress remake of Lego Rock Raiders, originally released in . It is free for everyone to enjoy. There are two types ofdownloads here:StableLatest:The last major update, thoroughly tested and free from the most game-breaking bugs, but not containing the latest development progress.

Last release: January .Legacy version:Compiled for older computersOS. Updated less frequently than the regular stable release.Experimental:This download is the latest compiled build and will knowingly be released withbugs or incomplete features (but the game won't crash or mess up your saves).

It is recommended that you join the Discord server to stay up to date with what's going on. Released the day that the zip file says, can have multiple releases in a day.Exp. Fallback: In case the previous experimental build is very broken, this is the latest "stable" build before that!MacLinux:Unfortunately, the game is currently not compiled for Linux or Mac, but aims to be when the game is considered complete.For the latest news and updates, join the Discord! https:discord.ggChHmFsMv 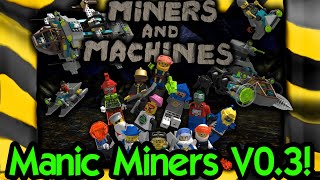 Fog of Life is a horror adventure experience in which the player has to traverse a very foggy soviet suburban environment to get to their end goal, a village, by using a map and a compass, multiple useful items found in the games locations and avoiding or fighting enemies scattered around the place.

Orientation is key, if you walk too far off, you might have to pay with your life.The game is planned to have co-op game play as well as single player.

Co-op sees you playing through the game with a friend. You must take care of each other in order to survive. One player has a map and the other has the compass. Without your friend, you're walking in thick, blind fog - quite literally. Single player is a more independent and lonely experience, yet your character has more abilities.Special thanks to OmenaKettu for additional modelling. 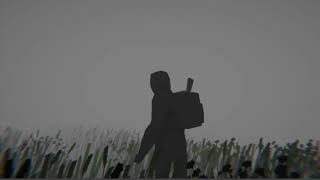 Made by Beardy Bard

Rule any nationand conquer the world.Geopolitics is a global turn-based strategy wargame.How to playHe who fears being conquered is sure of defeat.Your goal is to conquer all enemies' provinces in the world.To do this you must occupy enemies' capitals and all their provinces with coins.Player's capital ismarkedwith green wreath and grants Gold to the player every turnand looks like this:Every action in the game cost Gold.

Each turn players acquire Gold from their capitals (when they have one) and provinces with coins.Player loses a game if all theirgold-generating provinces are occupied by anenemy.To occupy a province you need to have an army and agold.In any ofyour provinces you can clicka "Recruit" button to recruit all available reservefrom a province to your army.

Nextturn province recruitment reserve will be fully replenished so you can recruit more. When your army islarge enough you canoccupy a bordering province (army size must be equal or bigger than province defense).And that should be enough to start your first game!CreditsMade by Alexander Lutay and Maxim Ivanov.Special thanks to family and friends.This is post-ld version.Ludum Dare entry:Geopolitics (LD)

Read Lindsey Stirling Turns Your Ears to "The Upside" next.