Once AI become more advanced, text adventure games could make a comeback after years of being neglected.

Not all video games are worth a mention, but the Adventure games that follow are at least interesting enough for a few hours of fun, if not a lot more!

Developed by James O and published by EGG

Angry Angry shark is a fast pace shooter game where players aim to reach the highest rounds by killing as mush sharks as possible. You can play solo or with a group of 3 other friends as you fight against endless waves of man eating sharks.Solo modeMultiplayerTeam DeathmatchSearch and DestroyDeathmatchSharksWeapon & Character CustomizationLeaderboardsFriends List Give These New Indie Adventure Games a Go - Get Most of Them on Steam! - January 2022

The game was developed in around 2 weeks for the Senscape Adventurous Jam 2021. Won 2nd Place.

When a man hasn’t returned from exploring an old abandoned house, his girlfriend decides to go to the house and find him. She’ll soon discover that the house has a story to tell, and it wants to show it to her through Super 8 Film. She now realizes that if she wants answers to what happened to her lover, she must watch the Super 8 Footage.

As the player, you not only experience the house through the girlfriend’s eyes. However, you also experience the game through a Super 8 camera from a second-person perspective.

TIP: To use doors, just directly walk into them.

Zé Tinhoso discovered that on the island of Cocolumba there are crystal skulls, which together open a portal to another dimension.

With these objects, in combination with a terrible idea, he performed an evil ritual to join the angel Maloquias and conquer the island of Cocolumba enslaving its inhabitants.

Knowing this, the great explorer Larry Snakepit, quickly set out to retrieve the crystal skulls hidden by Zé Tinhoso and finally in his evil plans.

Now it's up to you to help explorer Larry in this adventure full of challenges and dangerous creatures.

Use your pistol to neutralize the threats scattered across the island, as well as your pickaxe to open paths and discover hidden treasures and items.

A giant map to browse and explore, returning to old areas and discovering new secrets as you progress through the adventure. What is Chilli con Valley?

Chilli con Valley is a game in which you control a Bean. This Bean needs to reach its chilli con Carne pot as fast as possible in order to get a new best time. The game features multiple levels with a very interesting and nice graphic. You can also discover new and unknown ways to solve a new level as fast as possible.

This game is created to solve different parcourse as fast as possible. There are no rules to win and finish a certain map. But this is not the only thing you can be good at!

During playing this game you can collect coins that are placed all over the different maps. This currency is called Knesti Tech Coins, named after the very famous Youtuber Knesti Tech! So, try to collect as many coins as possible to have a full wallet!

What can you do with the in game money?

You can buy different things like new maps, which get expensive, and you can also buy very cool dances.

You can buy very cool Dances just like the chicken dance, Gangnam style dance and six additional others. This is very funny and changeable for a nice Game Play.

The main character is a very sweet bean that tries to reach its chilli con carne pot in order to make the great bean king happy. So help the poor little bean make this possible.

This game is designed to be easy to learn but also hard to master. You just need a working keyboard and mouse to get this game fully working.

This game was inspired by a Beans tin can that I found in the basement. The game took me 5 month to develop and I finished it in the age of 16. So do not be too strictly if you think you could have done it better! Made by Dead Unicorn

Make sure to add Return to your Steam Wishlist. Steam greatly favors games with more wishlists!

Return is an art driven, sidescrolling adventure set in the apocalyptic rebirth of your home planet, where your only hope of survival is to explore the unfamiliar landscape.The planet's ecosystems are shutting down, natural resources are scarce, chaos and wars rage as remaining inhabitants reach for the stars.After scraping up enough money for a ship, you leave behind your old life in search of a new one on the colonies. You set the ship to autopilot and prepare for cryo-sleep.Upon waking up you discover that your ship encountered an error during flight and the autopilot returned home for repairs.After dozens of years, the horrific storm of events that came to pass has mutated and distorted the planet beyond recognition.Your only choice to survive is to explore the surrounding landscape and collect parts to repair your ship.Be sure to join the official Return Discord server with over 300 members for sneak peaks behind the scenes and early updates about the game!Return is currently being developed by Dead Unicorn and Jabbu. The release date is currently unknown. To get the latest updates be sure to follow me on Twitter and/or Instagram. You can play the original game jam version of Return where it all started, here. Thanks for checking out our game and we can't wait to share all the exciting updates we have planned for it! 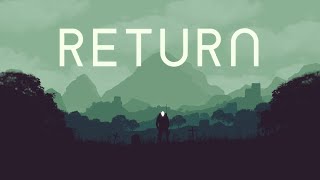 Developed by Mar3ow@gmail.com and published by Misterium ART Games

The House Of Closed Doors is a game in which you are locked in a mysterious house.

Immerse yourself in the atmosphere of a dark old mansion. To support your family you take a last minute job aboard a freighter as a night janitor.

Each night you're tasked to mop the same floors over and over, and each night you tune in to the Thunder Bay radio station. Events in Thunder Bay start to escalate and strange things start to happen on the ship. What cargo could you be carrying that needed such a quick departure?

Mop each room marked with a yellow dot on your map in order to sleep and proceed to the next night.

Interact with things simply by walking into them.

Observation is key, the story doesn't jump out at you so you might have to go looking. 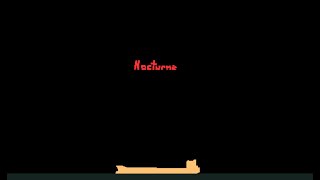