Why Do People Think Vaporwave is Dead?

First came MIDI in 1982, then came all of the things that MIDI made possible.

Digital sounds blossomed into enough distinct genres to make your head rotate on its axis in the years that followed.

These many different sounds grew into the musical birthing ground they serve as today, inspiring others to take up the torch and blaze a new pathway of their own.

Cue Dreampunk and the epic albums compiled into a convenient collection below.

Given the unstifled embers of microgenres like Dreampunk linger on to delight new audiences as you read this very article, it's safe to say Vaporwave, Dreampunk's predecessor and chief source of inspiration, is far from deceased.

Besides the above, the movement's aesthetic is very much alive and well, growing in favor among those who have seen the surreal glory of early operating system designs and primitive shopping malls.

Besides, who can ignore all the pretty pastels? 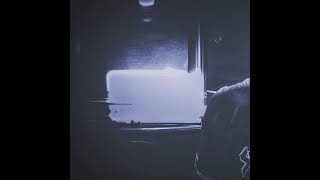 Block Out the World With These Wonderful Dreampunk Albums

Turn the World Down and Turn These Dreampunk Albums Up

Can't Sleep? Listen to These Dreampunk Albums Instead

Why Do People Think Vaporwave is Dead?

It's easy to get people interested in underground music, but harder to sell them something deemed decidedly non-commercial.

Rock was co-opted for capitalism. Pop was produced by big business. Even hip hop has become a commodity.

Dreampunk lies somewhere beyond the bounds of what businesses can mass manufacture and profit from, so it seems "dead" in comparison to more marketable genres.

Obviously, the albums featured here and elsewhere prove it's not dead at all, just dreaming. Industry insiders always mention the same thing when it comes to what you should be doing as an artist and outsider.

Basically, whatever they aren't doing already.

Dreampunk is nothing like what's on the radio most of the time. That's its first success.