In a racing game all vehicles are EVs.

It's all powered by electricity!

You don't need to break the bank to buy any of these awesome indie racing games. Just grab them on steam and start playing!

The game provides an opportunity to escape from the daily grind. Sit comfortable, jump into your favorite car, crank up the sound to maximum and go on a journey.

Compete with the artificial intelligence for the best passage of the track or challenge your friends.

RetroDrift: Retrowave Online Road is a retro-futuristic arcade game, take control of one of the supercars and go on a journey along the highway in the style of retrowave, master the art of drifting. The game was inspired by the arcade races of the 's, only it's all wrapped up in a futuristic environment of glowing cyber mesh.

Different tracks available to complete with friends or solo.

A fascinating and relaxing gameplay. You are in the shoes of a rookie pilot of Xtreme Aces League, who must win races and championships to earn the respect of fans (and rivals) and be the next Xtreme Aces World Champion.

Be the first to see the checkered flag and leave your rivals in the dust in this beautiful and exciting game!

For fans of games like Ace Combat, Mario Kart, Onrush - Yes, in Xtreme Aces Racing these games mix them all up! lol

Race with different types of jets, each with its advantages and disadvantages

beautiful, handcrafted levels in different locations around the globe (new tracks will be added from time to time)

Use the powerup boxes to defend yourself (shield, repair and mine) or attack rivals (missiles and machine gun)

Championship and arcade modes to challenge a friend This game was created during my studies at Charles University in Prague. I made most of the game alone. I hope you will enjoy it!

Engine Evolution is a multiplayer racing game that uses similar principles as World of Tanks - with each race, against other players, you gain experience and credits, for which you can buy various upgrades for your bike, or unlock the next bike. You start with machines of , can you get to the very top and ride on modern technology?

Physics is simplified enough to still give you passion from the ride but not too complex to take you hours to learn. It mainly focuses on giving players the best passion for racing fights possible. The core of the game are short dynamic races with a high density of action.

You can customize your motorbikes and rider as much as you want using a simple yet powerful customization system. You can paint several parts of your vehicles with any combination of colors to create a unique design.

The game is based on custom cloud-saving technology. As part of that, it contains many classic MMO features like cloud save, leaderboards, daily missions, achievements, and stats! Compare yourself to other racers! 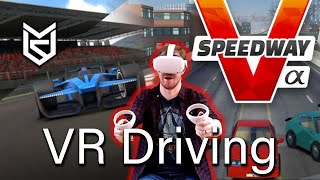 Catch them is the simplest and exciting game that will help develop your attentiveness. You have to play as a hen catching different fruit and avoid uneatable food. It is necessary to mention that you will see products which you have already caught. Your mission difficulty will be grow. Be careful from the beginning of the game as if you catch bad food, you will die. Collect as many products as you can, earn record scores and you will enjoy the game by all means!

Nice impressions from the game. Welcome to Destructor Tanks D, where tiny tanks race around giant maps set on pool tables and plant boxes. Outplay your rivals by speeding, drifting, shooting and blocking them with environmental hazards as you fight your way to first place. Play against your friends in intense four-player online multiplayer matches and aim for the top of the leaderboard. With a variety of tank models and colours to choose from, race your way in the debut title from Spindrift Studios.

Take a trip down the fast lane Jump right into the first map, Billiard Blitz with up to three friends and battle for first place.

Shoot your way to the top Take down your rivals by blowing them up or shooting the many destructible props on the map to slow them down.

Race with style, in style Drift around carefully crafted levels with tightly designed driving mechanics in two high quality tanks in a multitude of exciting colours.

Show the world what youre made of Aim for the top of the leaderboard and show your friends whos truly the master of vehicular combat in Destructor Tanks D. Made by Rewind Games

Tanuki Sunset Classic is a third-person longboard-skating game where players play as a raccoonskating downhill on a procedurally generated synthwave-themed seaside road.

Drift your way around the narrow corners, gather Tanuki Bits to fill up your Bonus Roulette Meter and try and gather as many points as you can.

Drift often. Get some air-time and avoid cars and obstacles while pushing your luck close to the walls and edgesto get near-miss moments and tight-squeezes to maximize your score.

We made a completeversion of this game for Steam. Here's the store page!

Check out our release trailer here:

Consider supporting us on Patreon!Chat with us on Discord!

Read @coalyravioli Illustrates the Otherworldly With Pretty Paintings next.