Open world games are a dime a dozen, but the ones listed below are worth an up-close looksee...

In a world, existing before and still, built through the powerful and cunning minds of the Creators, a new being emerges. The world, once flourishing with enriching creatures and plants, is changing rapidly and dangerously. Beasts, designed by a wicked and corrupt Creator, tear apart and threaten the creatures that still survive. You, the final hope from Melora, a naïve and endangered creator, will journey though the unraveling, unique lands, battle the mindless beasts, and revive the world that once was.

Beautiful and atmospheric world handcrafted in a custom engine.

Diverse and interconnected world with much to explore.

Secrets and helpful items hidden around every corner.

Fearsome bosses will test you to the limits and will reward you heartily.

Thrilling arenas where you must take down hoards of enemies and be the last one standing.

Unlock an arsenal of powerful weapons and seek out parts to upgrade them to your choosing.

Collect megaseeds to grant yourself special powers with a variety of effects.

Use seeds to alter your form and take advantage of different playstyles.

And much more to uncover... "Rex: Another Island" is an open world adventure inspired by the classics. Get lost in a wide world of precarious platforming that we hope will take you back to a simpler time.

Zoom between shrines and fast-travel to new areas if you get stuck.

Delve five unique dungeon areas each with their own motif and music.

Find all 777 coins to uncover a secret ending.

For MAC, please see this image for controller settings.)

For LINUX, please see this image for controller settings set via jstest-gtk.)

By pressing Jump again while in the air after jumping, you Double-Jump. You can only do this once, until you touch the ground again. Jump height is fixed, so if you want to vary the height of your jumps, time your Double-Jump accordingly.

Hold Down then press Jump to drop down through certain platforms. If you're quick, you can use the Double-Jump to hop back up on the platform you just dropped through.

Once you've found a Fast-travel shrine, hold Map then press Left or Right to cycle between discovered shrines, and Rex's current position. Releasing Map warps Rex to the selected shrine.

They're like a breadcrumb trail. If one way seems too hard, try another way.

The more coins you collect before touching a checkpoint flag, the higher the score when the coins get banked at the flag. Skip a checkpoint if you're confident you can complete an upcoming section without dying.

For a challenge, attempt to collect all 777 coins before touching a single checkpoint flag. In this mode, death restarts you at the beginning. This is the only way to reach the maximum possible score. This is not easy. Please do not attempt.

Average completion time: Around an hour.

LINUX and MACOS versions provided as-is, and cannot be supported. 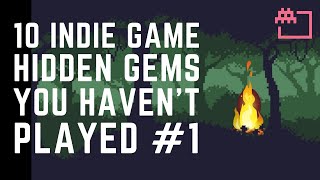 Made by Joseph Whitehead

Unfortunately this game is no longer in active development

NOTE: This product is still in Pre-Alpha. This does not represent a finial product!

Undead Valley is a Zombie Survival game with an isometric perspective and a voxel art style. The game is still in developmentand this is a pre-alphaplaytest to get some opinions and is a preview of things to come.

Scavenge for supplies to survive the end of the world!

Keep your car in good condition to ensure fast travel around the world.

In its current state, the game is still far from perfect, hence I have put the game on a pay what you want model. However, once the game is finished, I plan on selling it for around 5. Those who choose the purchase the game now, at any price above 0.99 will gain access the the full game on release for no further cost.

For now however, the game will be free to play for the foreseeable future , hopefully with frequent builds full of new content. 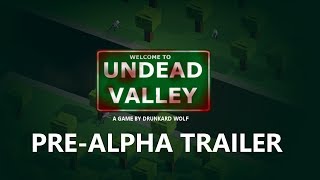 Read These are the Kinds of Wind Stories You'll Hope Aren't Real - Odd Nugget next.