Living an easy life is the same as playing a MMORPG game by putting lots of real money in..

Take a load off and enjoy a few of the epic indie mmorpg games brought together below. They're bound to be fun!

The base game of Mortal Online 2 comes with one month of game time included, after which players will need to maintain an active monthly subscription to continue playing the game. During early access players can play in the closed beta without needing a subscription until the full release. When the game leaves Early Access all progress made during the beta will be reset.

Mortal Online is not like other MMOs. In Mortal Online any player can at any point attack another player and take everything they own. This makes every encounter with another player a dangerous affair that could result in great loss. It also greatly increase the importance of having strong allies by your side or a powerful guild to back you up.

Open skill system with over 600 skills and no character levels.

Massive sandbox world for you to explore and fight over

Mortal Online 2 features a massive list of 600 skills to learn.Most of these skills are learned and leveled up by simply using them in the game and the player can spend points in any skills heshe wishes to learn creating a complex web of possible combinations.

Mortal Online 2 features an action-based first person combat system. There is no tab-targeting or auto attacks. In Mortal Online 2 the players skill really matters and a skilled player will often defeat a player with better equipment.All the combat in Mortal Online 2 works this way regardless if your are wielding a bow, sword or use your mind to cast powerful spells.

Almost all of the equipment in Mortal Online 2 is created by players and then sold to other players. Our celebrated crafting-system gives all the power to the crafter who can decide every part in whatever heshe is crafting creating a mind blowing amount of possible combinations. This way crafters can be known worldwide for their secret and powerful equipment.

Mortal Online 2 is set in the great world Nave. The first continent players will enter is called Myrland and is a boiling pot of different biomes ranging from cold snowy mountains to big open sand fields. Myrland is massive in size and filled incredible resources to find and dangerous dungeons to explore. All rendered is stunning detail using Unreal Engine 4. Made by Mirage Online Classic

Mirage Online Classic is a free-to-play multi-platform retro MMORPG and is the spiritual successor to the creator's 2001 landmark MMO, Mirage Online. Level your character while exploring a vast world filled with quests, monsters and mystery. Create guilds, loot treasure, chat with friends and become increasingly powerful in this fun MMORPG! Also available on Steam, Google Play and via any web browser.

Mirage Online Classic is a land of adventure, magic, war, and history. There are many things to do in MOC; you can visit the great city of Dragonia, attempt to unravel the mysteries of VDrazzig, explore the wooded village of Alephvale, or battle for guild supremacy on the outskirts of Crendale . You may hunt down fish in the local rivers, craft recipes through elaborate patterns, or seek powerful spells to enhance your character.

Whatever you choose to do, you will find Mirage Online Classic as an exciting and dangerous place, full of reward for those who seek it. 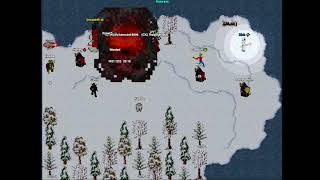 A game developed by 2 people. We are also one of the previous research and development.

We believe that the iterative development of the game is inseparable from continuous exploration and inheritance. So we choose to continue and polish this game here.

With the development of the plot, players will experience the wonderful adventures of drifting, air combat, flying cars, abyss and missiles. At the same time, each leader has playing skills and needs simple exploration and thinking.

The rouge playing method in the game can freely combine cyclone, fire, thunder explosion, blade, dirt, wood leaf, crystallization and other element skills, and more advanced elements appear with the depth of the scene.

catch a zombie and be a pet

The ghosts you can see in the game can be caught and cultivated. After feeding fish, swallowing corpses and sucking marrow, they can grow into reliable combat partners. In addition, some rebellious mercenaries and mecha chariots can also become your partners.

Subsequently, artillery, fire gun, electric gun, sword, axe, etc. will be updated one after another. All are dropped by the world boss, and some double copies are obtained.

other ways to play

1. Fishing: buy feed to lure the fish you want to catch, but it may also lure the water ghost to take the bait. Fish can also be raised to a very large extent.2. Legion Hegemony: form legions to compete for territory. Legions with territory can harvest rare currency every day.

3. Arena: conduct real-time PK to compete for the ranking of the ladder. (to be opened soon)

Made by RPG MO

RPG MO is an online multiplayer role-playing game that requires time and dedication. The game is created with adult gamers in mind, but younger players can also enjoy it. Overall it is a simple yet addictive game where you can fight monsters and try out 14 different skills. It is free to play and no downloads are required. It even works in your smartphone and tablet.

Party with up to 4 players

Preparing fish and other dishes - cooking

Market to trade with players

in the magical Potala world, every yuan spirit can become a God. What kind of God you want to become will be up to you!----------------------------------------------------------------------------------------------------In the distant and mysterious oriental civilization, there is a place outside the world. It is at the top of the world and in the snowy plateau. It is Potala. The Potala world is open to everyone and accepts all sentient beings. At the same time, the emissary from the divine world, the esoteric God monk, is also here to select the "Yuan spirit"!What is the yuan spirit? All sentient beings can be spirit if they are destined to God! If you accept to be a Yuanling, you can reincarnate into the Potala world. Yuanling's life exceeds natural reincarnation and can be reborn. Under the guidance of divine monks, you can complete the mission, fight against the evil emperor and protect Potala. Yuanling's ultimate mission is to grow from a new God in Potala to a new God in Potala, seal the evil emperor and save the world together with many new gods!To be what kind of God is not only a test, but also freedom! Yuan Ling can freely determine the growth of attributes at each level. Many combinations of five elements, four elements and human escape allow you to DIY your own unique skills. Various materials, drives and extensions allow you to freely assemble personalized equipment. You need to do the strongest output or the most meat shield. You can do whatever you want, plus the yuan Ling's unique skills of six yuan realm, Let you really have 72 changes!Some people like PVE, others like PVP. Everyone can adjust. In the Potala world, God is not absolutely invincible. Various controls, seals, States, etc. are combined with dozens of attributes. You can see moves and open moves, match with other players anytime, anywhere in the game, change different equipment and skills, and match at any time. The battle in the arena is a battle between gods, The reward mode accumulated in the prize pool makes you earn a lot in the fun of PVP. It's not a dream to get rich by hard power! At the same time, competitive ladder points, the same row in the world, stand out from the crowd at the top! You can also improve Yuanling proficiency in the process of competition, unlock GV exclusive dance and super Yuanling feature bonus!There is no threshold for the boss of the hunting world. Any yuan spirit can participate in the war. All items such as top mounts, materials and equipment in the Potala world can also be dropped. They can compete fairly and share the benefits of the war.The six yuan realm can stimulate the infinite potential of the yuan spirit, kill and survive, make a powerful blow to turn the tide, and turn the plate in a moment. The terrible realm stunt makes both gods and Demons clean!there are many interesting systems, such as food synthesis, mission, achievement, business, reinforcement, auction, jumping music, etc., to meet the needs of all kinds of life parties and leisure parties. You can be rich in the world, or you can be free and carefree!The above is the first content of Shentu 1.0. Players who buy any version do not need to pay again for the later updated version, and permanently get the right to update the latest content. Your support is the source power of developers! Thanks for playing! Archewood is a 2D MMORPG survival game.Explore, pvp, fight monsters, questing, party up, dungeons, train skills, loot, and much more! Archewood, the new growing pixel MMORPG is now available to play. Join forces with people around the world to conquer inside the hidden realms of Archewood. Choose between 4 unique classes! Loot unique equipment and drops! Fight your way through endless monsters! Explore each new world as you level! Fight players to show off your skills! Complete quests to uncover the lore! Train unique skills for rewards! Join forces with friend or foe to complete raids and dungeons! Player base is growing at rapid rates, but the real fight is starting now. Archewood, join now. Now available on PC. 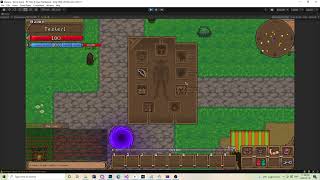 Read The Nordic Games - What They Were and How They Began next.