In a lot of horror games and movies, you're not scared of the actual game or movie, you're scared about having a dream about it.

Some of the crazy horror games that follow are likely to follow you around. You'll have to play them sooner or later - best to start now! You awake in a mysterious forest that seems strangely familiar. Have you been here before? Is this a dream or a nightmare?

Put your survival skills to the test in this haunting and creepy survival-horror game! Chop down trees, forage for items, hunt for food and build your own base in a forest haunted by an ancient evil.

How long can you survive for in the forest?

One night Harry tries to sneak out of the dormitory to meet with Dobby in the grounds, unfortunately PS1 Hagrid is patrolling the coridoors at night.

The game is split into 3 chapters including survival-horror, platforming, fighting (one-sided tho) and a boss fight. This game is a parody of the popular fantasy franchise and not to be taken seriously. 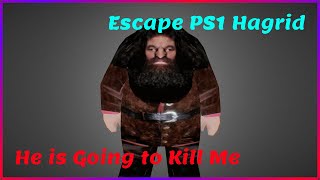 PowerSlave: Exhumed is a KEX Engine port of the classic console game perfectly blending both the PlayStation Saturn versions

New Features:Widescreen HD DisplayModern gamepad supportSMAA AntialiasingAnisotropic texture filteringAchievementsVulkan DirectX 11 graphics APISmooth object interpolation for high refresh rate monitorsBoth versions of the original game combined to bring the best of both worldsClassic Description:Destination: The ancient Egyptian city of Karnak. Alien forces possessing horrifying powers have sealed off the once thriving community from all outside contact. As a covert operations specialist, you have been trained for all forms of contingencies. Nothing can prepare you, however, for the nightmare you are about to enter...Features:First Person Viewpoint Action20 Plus Levels of Non-stop gameplay through an ancient Egyptian city and the tomb of the Pharaoh RamsesReal time fully 3D rendered gameplay allows you to move between floors within a single levelCross bridges and swim through underwater grottosWith just a machete to start, search for 6 other weapons including hand grenades, a flame thrower, an M-60 machine gun, and a magical cobra staff.Dynamic lighting creates stunning visual effects. Blood West is an immersive Wild West FPS where, as a revenant desperado, you take on the twisted demons and eldritch horrors, while you search for the means to end the curse that has befallen the frontier, and maybe find some peace for your wicked soul.

After you die your soul moves on to where it suppose to. Heaven or hell. But if the body is denied its rest six feet under, the soul is doomed to stick around a little longer. The world's gone mad, broken, and cursed, and the last thing worthy of faith and reverence is the double-barreled shotgun at your side. They say that dead men tell no tales? Well, I do have one hell of a story to tell you...

One quest after another, the spirits of the land lead you towards even greater challenges. And whatever your path may be - things will get rough. For hell is empty and all the devils are here! In Blood West you will find: Made by Reflective Surfaces

"If you're not careful and you noclip out of reality in the wrong areas, you'll end up in the Backrooms, where it's nothing but the stink of old moist carpet, the madness of mono-yellow, the endless background noise of fluorescent lights at maximum hum-buzz, and approximately six hundred million square miles of randomly segmented empty rooms.

God save you if you hear something wandering around nearby, because it sure as hell has heard you"

Indie short game about Backrooms created in 7 days. My first game project that I was able to finish and publish.

You have to solve a puzzle to escape.

Save system is not implemented but game is short.

Game was tested on

I would be very glad if you leave a comment!

Optional future updates:- new enemy- more levels- longer gameEDIT:Thanks a lot for your support and feedback!New, longer version of Backrooms of Reality is coming.If you are interested, follow instagram (screenshoots from new version of game):add game to wishlist on steam:https:store.steampowered.comapp1896310BackroomsofReality 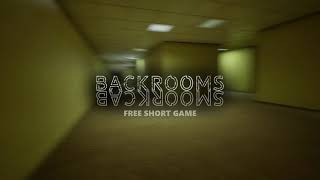 Developed by DIRIGO GAMES and published by HOOK

KINGDOM of the DEAD is a pen and ink drawn horror FPS videogame where you play as Agent Chamberlain, professor turned Army General, now working for the secret government program known as GATEKEEPER, whose main purpose is to defeat Death and his armies.

Close the Gates of Death, exploring 8 remote locations along the US East Coast

Replayability like in the '90s, with different goals at each difficulty level

Scour a world shrouded in shadows

Push on with your adventure, fighting the horrifying huge bosses you'll meet on your path

Lust from Beyond: M Edition is a new version of the cult survival horror Lust from Beyond. This edition is tailored to the preferences of players who love the genre of Lovecraftian horror for its mystery, narrative, and atmosphere rather than explicit content.

We invite you to another world. A world fueled by desire, fascination, and fear. A world inspired by the disturbing works of H.P. Lovecraft, H.R. Giger, and Zdzislaw Beksinski.

You are Victor Holloway, an antiquarian tormented by visions of a sinister land, where there's no difference between pain and pleasure. To unravel the true meaning of your dreams, you join the esoteric Cult of Ecstasy.

Taste the cultist's life from within. Get lost in its blasphemous customs. Find out what happens when the pleasures of this world stop being enough.

Discover the gates to Lusst'ghaa, the mythical Land of Ecstasy, beyond the borders of reality or comprehension. Face what lurks there. Fight, hide, solve puzzles, find your answers and survive.

A New Take on the Fan-Favourite Horror

Focused on the beloved story and gameplay, with less shocking content

Setting and style inspired by the works of Lovecraft, Giger, and Beksiński

Mind-bending puzzles to test your wits

Changes in the M Edition

The original Lust from Beyond is an Adult Only experience. The M Edition is the same game tastefully tailored for a wider audience. M stands for the new Mature rating, but also for the many motifs of the Lust universe. The omnipresent Mystery, the iconic Masks, and overwhelming Madness.

The M Edition contains the following changes from the Adult Only edition:

Nudity has been covered by outfits appropriate to the themes and setting.

Some scenes have been rearranged to keep their meaning but reduce the explicit factor.

Some animations, scene framing and models have been changed to meet the Mature rating requirements.

There were myriads of good reasons for shunning the nameless city, one for each strange tale passed from generation to generation.Tales averted people from entering the city, even from getting closer to its walls, and legends say that it was older than the eldest of the pyramids; few say it was older than humanity itself. But there was no legend so old as to give it a name'.

Only mouse and keyboard are supported.

The Nameless City is a narrative-driven first person adventure inspired by Lovecraft's short novel of the same name. It has lo-fi 3D graphics inspired by the PSX era.

Please note that this is a short demo and the game is currently under development. Follow us on Twitter or itch.io for updates. 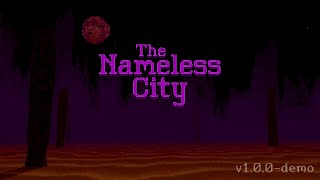