Fighting games made by indie game developers and a few indie game studios are listed below. So, give them a go!

Inglorious Aztecs is a 2-4 player online multiplayer game centered around fast-paced versus matches with a high fun factor. Mine the terrain with your Pickaxe, block incoming bullets with blocks placement, and kill your friends in a plethora of ways!

Exploding Owls (because of course)

Use Mining and Blocks Placement to Move Around

Create a game lobby and share the game code with your friends to let them join your lobby. Play with up to 4 players in the same online lobby.

Join the official Discord Server if you want to hang out, find people to play with, or give feedback on the game! Everyone is welcome to join!

Local multiplayer can be played with up to 4 players using gamepad controllers. Grab some friends and have fun! It's the "innovative fighting game" where you can fight using the "your VRM model"!

posting of videos are OK]

posting of videos that play this game can be used "regardless of whether or not they are monetized".

However, in either case, please check the "Prohibited" and "Notes" below.

Resale and redistribution of the game itself

Use for crime, discrimination, slander, political and religious activities

Fake the creator or the person involved in the production

This game is subject to change due to version upgrades. Due to the version upgrade, the previous model and voice data may not be available. Please be careful when selling models and audio data in a form that claims to be usable in this game.

If you encounter "copyright trouble" using a model, the responsibility lies with "the person who registered the model in VRoid Hub". Keep this in mind when using your own registered model. 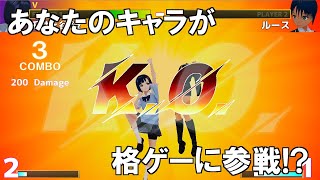 Gravity follows you! Launch to a surface and make it your floor in this online battle royale of physics silliness. Take the fight with you as you chase friends from walls to floor to ceiling in this versatile online arena!

Squish into SludgeBall to launch to a new surface or Sludge Lurk sneakily under arena obstacles.

Find Boosts as you launch, jump, run, punch, and kick. Knock out friends before time is up!

Battle Of The Robots is a spectacular fighting game featuring robots. In this game you will find the most beautiful battles and fights in which you have to fight with robots. Engage in intense close combat and become the king of the martial arts! Defeat them all and stand on the podium of the winner

If you love fighting games, then this game will definitely win your heart! This game will give you an unforgettable experience of fighting robots. In this spectacular third-person fighting game, you have to be in the role of a combat robot. Take part in spectacular death battles! Fight all robots and leave them no chance to win! Defeat them all and stand on the podium of the winners! The atmosphere of intense combat will not leave you during the entire passage of the game. This game will give you real emotions !!!

As many as 4 fighting robots. Challenge your friend to this local 2-player face-biting simulation! Chew their face off while they yours! No bath salt needed. 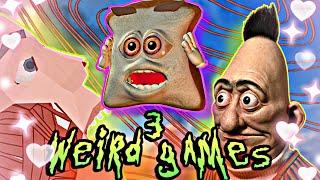 Some are destined to be great heroes, others swing and miss. Meet Sir Whoopass, a try-hard hero with a heart of gold. Due to a series of hilarious and astoundingly poor life choices he manages to bring chaos and disarray to an utopian world. He must find The Villain-Beating Artifact on his quest to vanquish The Immortal, a mysterious recluse who for some reason is bringing down all manner of monsters and evil creatures on the world.

Laugh until milk comes out your nose at a hilarious take on the ARPG genre, with witty dialogue, fun characters and a really twisted plot

Squeal with delight as you explore a "lagom" open world, full of foul monsters to slay, and a smorgasbord of loot to be found

Feel the thrill and wind in your hair as you drive the Caliban Cruiser, a talking evil car that uses meat as fuel (a car-nivor) Fruit Ninja VR 2 takes the classic arcade VR experience to incredible new heights. Packed full of gorgeous areas to explore, never before seen fruit-slicing techniques, and juicy new ways to interact with the environment and other ninjas around the globe!Blades MusicSlash your way through hand-crafted levels. Slice fruit to the rhythm of the music, fend off the flying fruit machines and test your reflexes in whack-a-fruit!Bows ArrowsMaster the all new bow and shoot fruit from a distance. Line up rows of fruit for combos and land critical hits to raise your score!Weapon CollectionCollect unique Blades and Bows by completing challenges. Try out the frosty ice bow or the retro pixel blade!Explore the WorldUnlock new areas as you progress through the game. Explore the training grounds and take in the sights and sounds of Fruitasia!DiscoveryFind Fruitasias hidden secrets, play minigames and discover interactions!Coming soon: New collectible weapons More levels Social hub Multiplayer modes

Sonic Smackdown is a free fangame! We claim no copyright to any character or reference in the game. If you like the work we do, please consider supporting us by following us on social media, or donating to help us grow as developers! No money is required to download Sonic Smackdown, nor will it be used to develop Sonic Smackdown. 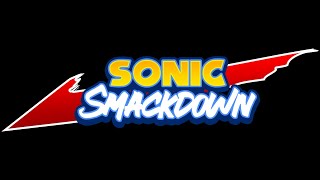 Read The Night Won't Try to Hide Their "Intentions" next.