A cute show of how times changed is that crouching in a fighting game went from being a way to humiliate the opponent to a way of showing peace and being friendly.

Check out all of these awesome cute fighting games by indie game studios and indie game developers. There are some real gems in the mix!

Take control of a bush and challenge your friends in a hide and seek game up to 4 players (only 1 game required to play up to 4 players online with Steam Remote Play). Move when the night is dark and use the day as an opportunity to observe and flush out your opponents. Use the secrets of nature to your advantage and prepare for surprises: each game comes with a new forest of its own. Only one bush will survive... And do not forget to drop a fart from time to time, after all it's a lethal weapon.You and your friends will laugh!A unique hide and seek game mixing action, observation and humor.Easy to play, there is only one button to fart. But only the most observants will win!Charming characters and settings, drawn and animated by handBuissons is a 2 to 4 players competitive local game. But you can use services such as Steam Remote Play Together or Parsec to play with your friends online, for free!Only the best will winEach game comes with a new randomly generated forest!4 ecosystems with their own dangers to master and turn against your opponents.A really quick day and night cycle that makes you act and think under pressureThe more you train, the more bushes you can add to a game to increase its difficulty Give These New Indie Fighting Cute Games a Go - Get Most of Them on Steam! - March 2022

2 people stranded out at sea for months have finally had enough of each other.

Fish for anything you can use to defeat the other person.

This is a work in progress. Please leave any comments or criticisms! Thank you!LifeAfterLunch

Azure Sky is an action, puzzle and platform game. You need to take on the role of a young man, who will later gain power over his consciousness and learn to master magical abilities. On the way you will meet many dangerous creatures and unknown worlds in this fantastic world, but you will also find new friends and mentors in your small but interesting adventure!

The game is a battle against the forces of evil, as a result of which you must win and master incredible abilities.

Football meets fencing? Join your team in the most exciting, fast paced game! Swing your sword and defend your goal or grab the ball and score. Lead your team to victory and join the future of sports!

In Swordball pick your favorite character and strategies with your teammates your winning strategy.

The game is fast paced with fast decision making. There are two teams, each team has to score as many goals as possible against the opposing team. Each player in the team wields a sword that they can use when they are not holding the ball. The player with the ball cannot use their sword, therefore they must be protected by their teammates.The player holding the ball can score a goal or can throw the ball, hitting a player from the opposing team, which may lead to knocking them off the play area or platform.

The environment is full of platforms with goals at each end. Players will have to jump from platforms to avoid falling.

Note: A controller is required for local multiplayer. Where one player plays Keyboard Mouse and the other players with a controller. Made by STEVEN BURTON

A competitive real time tactical game where adaptation is the key to victory.

YOMIBA are micro organisms that have evolved from source known as YOMI. As they evolve, they develop personalities and special talents that they use to thrive in their environments.Play as one of fiveYOMIBA and adapt to survive!

Use theirSpecial Abilitiesto trap and attack the enemy. Manage your Health Points and YOMI Level to unleash powerful blows or react defensively.

Each YOMIBA is unique, discover the one that connects with you!

INDEX, a helpful tool to learn more about YOMIBA.

OPTIONS, a resource for modifying observations and learning how to control YOMIBA.

NOTES:This game is designed forlocal Multiplayer and two Game Pads in mind. For the best experience, please use two Game Pads to play the game.

UPDATES: New discoveries have been taking place, one including a new YOMIBA, GOSTY! This YOMIBA likes making duplicate copies of itself to confuse its enemies. There are also new findings that might suggest another new YOMIBA. Stay tuned for more details. 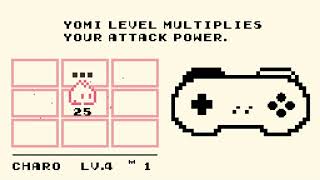 (Fight of Animals: Arena) is Digital Crafters newest BRAWLER GAME!Let the meme battle goes into NEXT LEVEL!! In Fight of Animals: Arena you get to play all the Animals from the previous 1 on 1 fighting game Fight of Animals and more! With varied stages, items and support up to 4 players local and online, Fight of Animals: Arena will bring you a brand new Brawler experience!! Let the fight begin!!The fun should not get stopped by complicate controls! Fight of Animals: Arena is SUPER EASY to play! The game only requires 4 buttons and direction inputs! you will be a fighter right away without worrying how to do all the moves! Also, with the new Double Jump and DashEvade features, it will bring the whole game play into more intense and exciting level!Yes, thats right! We got items and weapons in Fight of Animals: Arena. You can throw them, and swipe them to whoever getting your way, even eat them!?Each stage comes with different environment and variant kind of traps!! For example, the swamp that slow you down, iceberg that make you slide around or even a bush you can hide in it!?The bush you can hide inside, falling ice cone from the top, mystery portaletcThats right, Fight of Animals: Arena is a brawler game whichsupport 4 players local and ONLINE!Players can select severs around your location and experience our stable high quality rollback online netcode. More than that, Digital Crafter has enhanced the online room feature to make online matching even easier for everyone!Choose your main and get to know the stages and traps, become the king of all the animals!Lets roll!! MEIRIN IN FISTS OF FIRE" is

A little upgraded from the package version and now on Steam!

24 playable characters and 27 stages in total!

Of course, there is a dedicated BGM for every stage!

Simple operability that allows you to activate special moves and spell cards with one button!

A combo that easily connects with a big character who narrows the screen and rampages!

It is a mode to fight through CPU battles.

If you proceed without being robbed of one round, the true last boss will be waiting for you at the end.

If you proceed with MEIRIN, a dedicated last boss will appear!)

This mode allows you to play local matches with your friends. 1-4 players platformer about friendship, love and what it means to be human. Adventure, action and puzzles, contrasting cute and gore effects, also including RPG elements.

Community Find us on Twitter orFacebook for news.Join our Discord server for custom content and chit-chat with the developers.You can also provide feedback using the comment section below.Steam Supports Steam Remote Play!Your itch.io purchase comes with a Steam key. All previous purchases also receive Steam key.Get your Steam key from your itch purchase!Just click on "Get your Steam Key" from your Download page from your original Itch purchase email.Not sure how? Follow this guide then!Remember this is a work in progress. More content is being added periodically, so check back again soon! 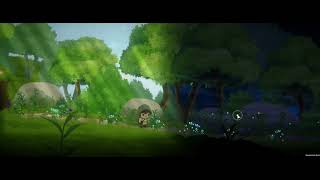