For being Nintendos fighting game, about 25 fighters in Smash Ultimate are from non-Nintendo titles.

All of these great fighting video games below should keep you pretty busy for the next few hours... Or days.

Developed by Andrés Borghi and published by Saibot Studios

The Black Heart is a VS 2d fighting game in the tradition of Street Fighter or Mortal Kombat.

It's about another world in a parallel dimension where the king and ruler has been murdered. A vicious creature called Final has ripped his heart where he stored all the power he used to create that world.

Six creatures, both from our world and the other one, chase this monster to steal the heart for their own purposes, since it's told that the bearer of the heart will weild an enormous power.

The game was all made by 1 person (Andres Borghi) through 7 years of hard work, including graphics, programming, story, music, sound and pretty much everything. This new release celebrates the 10 year aniversary, updating the game to modern specs and with visual and audio improvements.

If you enjoy pixelated blood, fluid gameplay in Capcom style, combos, tragic and epic music, weird pictoric landscapes and complex storytelling this is the game for you! New Character control with combo and a dash attack

Tutorial for all the new system

and a lot more

LD47 entry, the theme was "Stuck in a loop". You play as a computer program stuck in an endless loop. Fight viruses to get their energy and open the firewall. Then, you can choose between bonuses and malus. Each malus give you some point for picking more bonus, but be carreful!Then you loop again in the same room. Again and again.

Music by Daryl Tay (special thanks to him)

Used Asset Forge to creat our own assets : you enjoy the game (or not), here a link with a quick survey about it

help me a lot, so thanks in advance.

The spirit of old-school fighting games is back with Dual Souls. Inspired by classic fighting game series like Street Fighter 3, Last Blade, Samurai Shodown and Guilty Gear, Dual Souls delivers it all - its fast; its full-on; its tactical; its online and its FUN!

With fluid animations and colorful graphics, Dual Souls is a highly tactical game with multiple unique fighters, each with their own fighting styles and moves. The game also comes stacked with an array of awesome features:

Challenge players from around the world with "Net-play" mode.

Access each character's ending and story with Arcade" mode.

11 Fighters (Free DLC) each with unique abilities. Characters include a dagger wielding Ottoman warrior who excels in slap attacks; a giant kunai riding ninja; a Kazakh shaman who uses spirits to attack and curse opponents; a half-beast with his pet which helps to create combination attack patterns; a Templar knight who resists and counters opponents attacks.

Tactical Features - Enhance your gameplay style and create your own combos with features like: "Block" and "Counter Block" (similar to "Parry" in SF3 games), "Recovery" and "Power Recovery" (similar to Roman Cancels in GG games), "Chaos Break" (similar to Burst in GG games) and "Limit Break" attacks.

Destroy your Opponents with Style - Unlock the power of strategic Chaos Moves by selecting one "blue" type chaos move at the start of each fight.

Access your character's unique "Chaos Drive" by spending your chaos point whenever you wish.

Finish off your opponent with a character-specific method when they are on low health and you are on the winning round. Developed by Limestone Games and published by Focus Home Interactive

Ignite the galaxy. Aeon Must Die!Aeon, the dreaded Emperor of the unstoppable Void Armada, has been betrayed and left for dead by his generals. Weakened and without a body to exact his revenge, he manages to merge with you to survive and bring forth his wrath.Travel across the futuristic city of Pantheon to destroy or subdue those who betrayed Aeon, while fighting for your mind, free will, and control of your body.Experience a unique beat em-up introducing breakneck risk-reward gameplay, innovative AI and tactical fighting, all packaged in an incredible art style.Will you succumb to Aeons will and unleash his awesome power, losing yourself in the process? Or will you choose the hard way and remain free, at the cost of your strength?Spectacular beatem-up packed with brutal, over-the-top actionStunning art and mind-blowing OSTStylish, accessible combat featuring proper fighting game mechanicsChoose who you kill or spare and change the fate of the galaxy Train, fight, evolve! Digital Tamers: ReBorn is a casual fighting game for all Digimon fans. Your mission is to take care of your partner, keep it strong, healthy in order to evolve and win battles and several prizes! Excel and win the 12 Championships that will take place throughout the year in order to become a true Digimon Tamer! Live this experience and welcome, to the Digital World!

Digital Tamers: ReBorn was thought to be a spiritual sequel to Digimon World Championship (DS), with elements from various other games of the franchise, like Digimon Battle Spirit (GBA), combined in its own way of experiencing the bound between Digimonand Partner.In Digital Tamers: ReBorn, your Digimon is in charge of the battle. It's up to you as a tamer, prepare it to overcome any challenge it faces!Single Player 1x1 Platform Fighting;Over 370 different obtainable Digimon;Over 100 challenges to excel and unlock items, secret evolution and more;All game actions performed by mouse;Available for PC and Android devicesOn PC version:SHIFT - openclose DigiViceZ, X, C - Perform CommandsSPACE BAR - openclose DigiPadQ, W, E, R, A, S, D, F - Use ItemsInstall guide: PC: Just delete the old .exe and replace it with the new one Android: Download the new version and install it over the old one to apply the update. Do NOT delete the old .apk, or your save will be lost!Check out our Discord Server in order to get help from the dev and other tamers around the world!check out the Digital Tamers: ReBornofficial game guide!Digital Monsters and all related characters and monsters are the property of Akyioshi Hondo, Toei Animation and Bandai.This game is intended for entertainment purposes only. 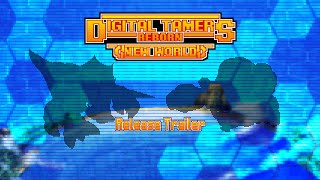 Developed by Baseline Games and published by Graffiti Games

Welcome to a world filled with diverse islands to explore and mysteries to uncover. Set forth on your journey to survive this procedurally generated universe by crafting tools to construct a shelter, build transportation, farm food, catch a tasty meal and more. Forge weapons to protect yourself from the dangers at night, when an array of enemies come to shorten your time on the islands. Upgrade your character to improve your odds of survival and take on even bigger challenges in dungeons.

Unravel the story of a mysterious Totem

Befriend a peculiar Totem and take on the quests it gives. Offer items to gain experience and upgrade the Totem to unlock superior quests that grant even more experience. Make the Totem happy and become its best friend forever.

Gather resources to craft tools, deadly weapons and armor setsLevel up your skills to unlock new weapons and recipesBuild a fortress to defend yourself from enemiesBattle hordes of goblins and ogresPlant and grow cropsHunt for food and cook meals to healComplete quests given by a mysterious Totem to level up your characterDiscover dungeons throughout the game that teleport you to another world where you have to fight waves of enemiesBuild vehiclesTame and ride animalsPlay solo or with a friend in local co-op Do you want to become the TOP NUN? Are you nun enough?

Second to Nun is a top-down fighting game where you fight a variety of creatures and enemies on the Island of Trials and Tribulations in your quest to become top nun! Careful not to fall or be beaten as enemies come at you from all angles, face them all and take home the thousand-coin prize!This game is a budget-friendly pixel-art retro top-down fighting classic, easy to learn and impossible to master!

For a budget-friendly game, Second to Nun is bursting to the brim with features for you to enjoy!

36 Achievements and Leader-boards to fight for worldwide top nun

This game has been fully optimised to be compatible with game controllers from start to finish!

See all our Steam games

In some instances, virus scanners may detect this program as a false positive - we recommend white-listing this game so that it runs without interruption and are working to resolve this issue. If you do experience any errors with this game, please contact us and we will do what we can to assist in resolving this for you. Starting off as a typicalunderdogstory, you encounter, challenge, and befriend different characters all with their own uniquepersonalitiesbackstories. Reading your opponent is key to getting the upper hand in the boxing ring!

This is a early development alpha build of the game, but it still kicks @$#! 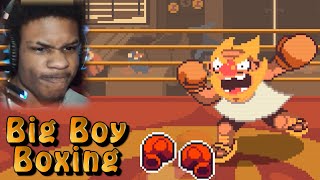 Read Give These New Indie Puzzle Games a Go - Get Most of Them on Steam! - February 2022 - Odd Nugget next.