The Ruby Recipe - How Man-Made Rubies are Synthesized - Odd Nugget

Interesting Facts About Rubies and Sapphires

How can you tell if a ruby or sapphire is real?

How are man-made rubies created?

What is a single 1 carat ruby or sapphire worth?

Once a mere dreamer's delusion, the creation of gems like rubies, sapphires, diamonds, emeralds and more has become quite commonplace. But, there's more to making sparkly stones than meets the eye...

Rubies and sapphires, in particular, have a rather colorful history of being concocted in labs around the world.

Interesting Facts About Rubies and Sapphires 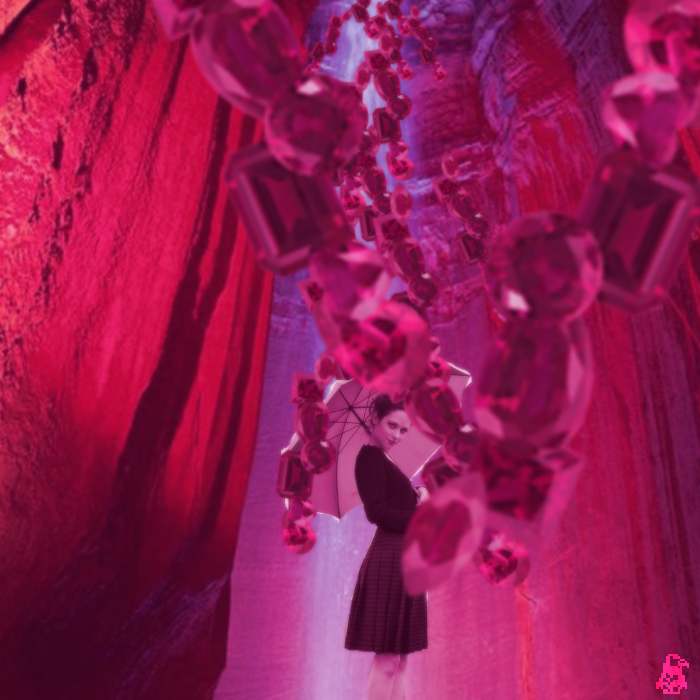 Rubies and sapphires are really just color variations of the same base material, "corundum". Red corundum crystals are called rubies, while all other colors are called sapphires.

Corundum itself is made up of aluminum oxide arranged in a specific, tightly bound pattern or "lattice" and it has quite a lot of rather fascinating properties...

Powerful Lasers are Made from Rubies 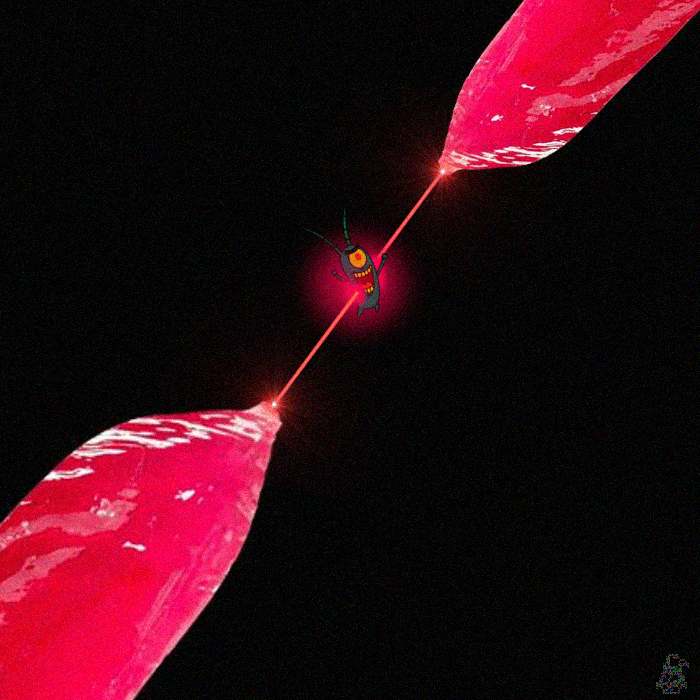 All lasers use a so-called "gain medium" to concentrate light. Corundum is not only capable of doing this, it was the very first material used for such a purpose.

Rubies have the ability to produce fluoresent light emissions when stimulated with UV light.

Basically, they glow. If that isn't magic, I don't know what is.

Rubies can Display All Kinds of Optical Effects 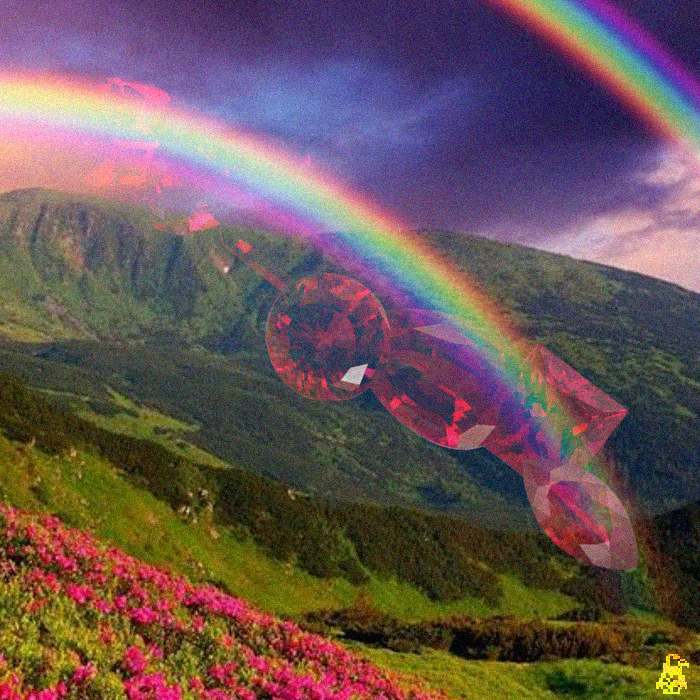 Besides the deep red varieties of rubies that the stones are recognized as, there are a number of special colors and types that do amazing things.

Ruby tones run the gamut from pink to blood red and some sapphires, known as padparascha rubies in some places, are even orange in hue. But that's not all... 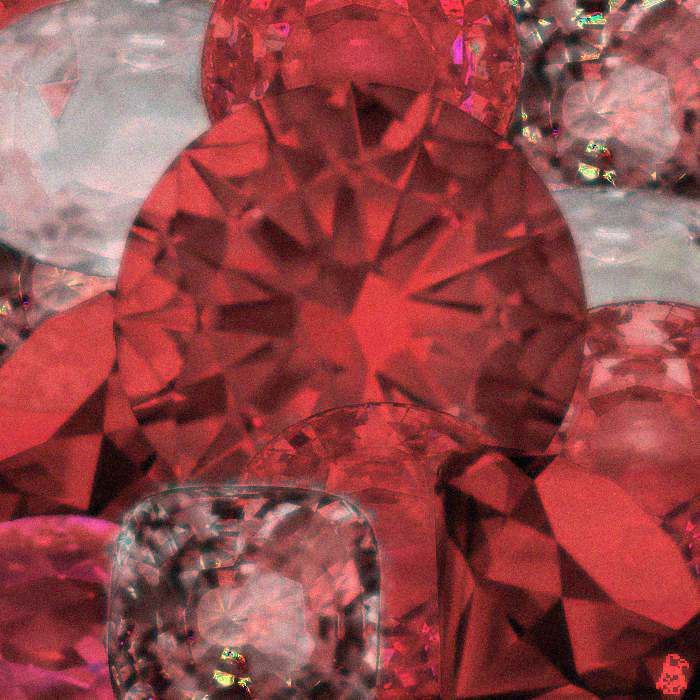 Asterism makes light take the shape of a shining star along the slender threads of crystalline inclusions trapped within the stone.

This star of light moves with the stone's position and the angle of the light source. 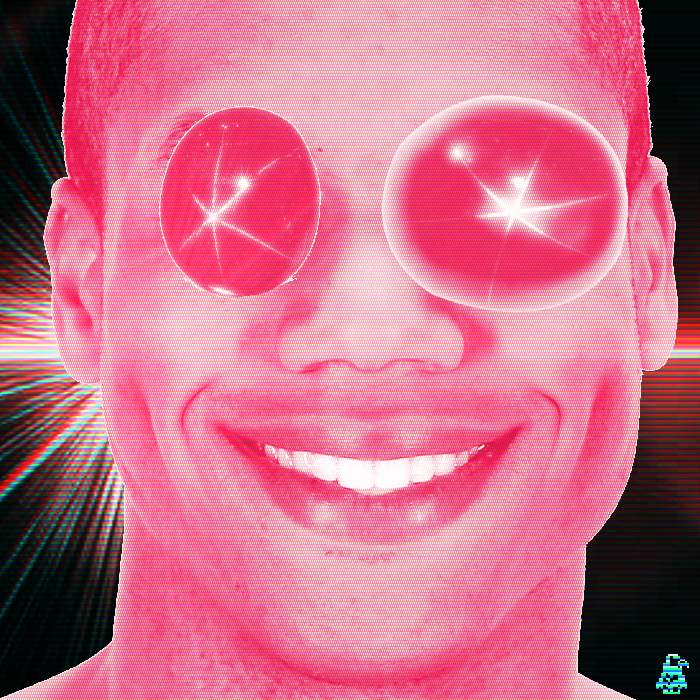 Another similar effect, known as "chatoyancy," makes some of these gems show a straight line of light through their center.

Round cabochon cuts are typically chosen to show off both chatoyancy and asterism.

In rare cases, rubies are even capable of changing color with different viewing angles or light sources.

How can you tell if a ruby or sapphire is real? 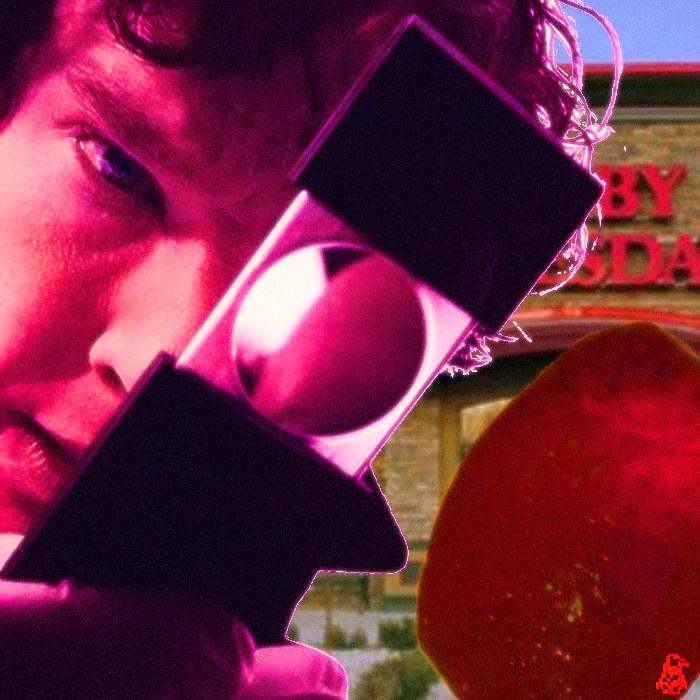 Real rubies and some sapphires fluoresce under uv light. If you've a uv light handy, testing them for this unique quality is pretty straightforward.

Rubies and sapphires are also incredibly tough. With a hardness rating on the Mohs scale of 9, these pretty gems are just a step below diamonds, making them some of the hardest things in the world. 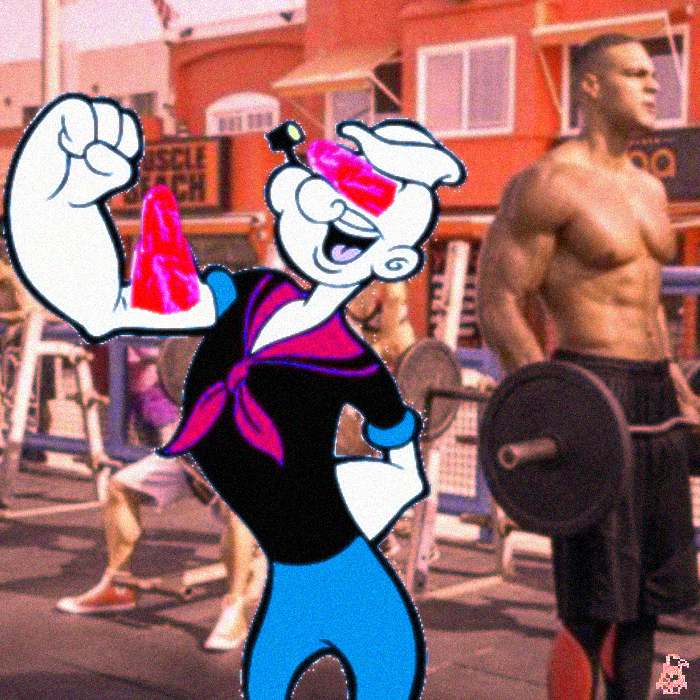 Thanks to its hardness, corundum can quite easily scratch fairly hard materials like steel and even titanium. Whether or not anyone will let you test them that way is another story entirely though.

Simulants such as colored quartz, glass and plastic are no match at all and will leave colored streaks on any materials that are harder than them.

A somewhat common lesser gem that can be passed off as a ruby is garnet, which comes in at a minimum of 6.5 on the Mohs scale (beating titanium's 6).

Garnet can't scratch topaz (Mohs 8) though, so try that if you just happen to have a big ol' topaz you don't mind beating up.

How are man-made rubies created? 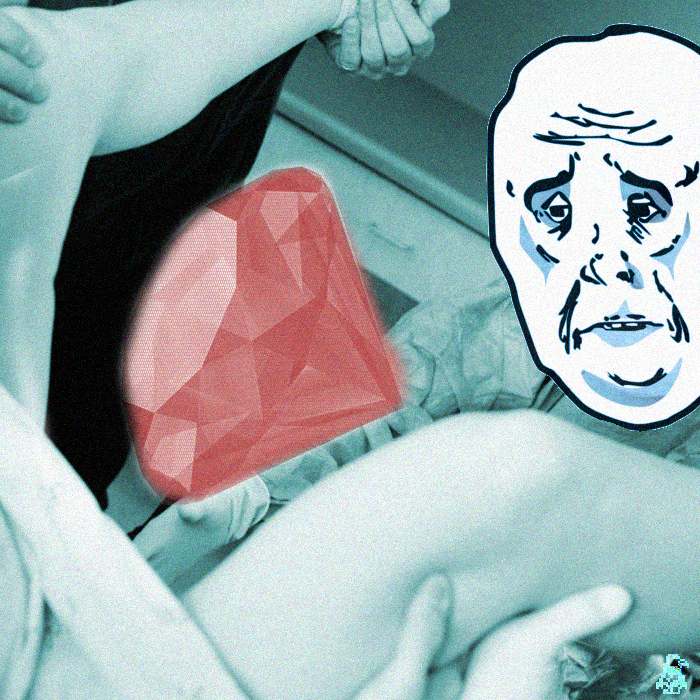 Corundum is now actively synthesized by fuzing the raw materials of aluminum oxide with trace elements known as "dopants" to induce the intended color variations in the final product.

The first synthesized ruby was made in 1837 by a certain scientist named Gaudin who fuzed potash alum with chromium in a special process that used heat at or around 525 centigrade (so-called "red heat").

However, other ways to create corundum have since been devised... 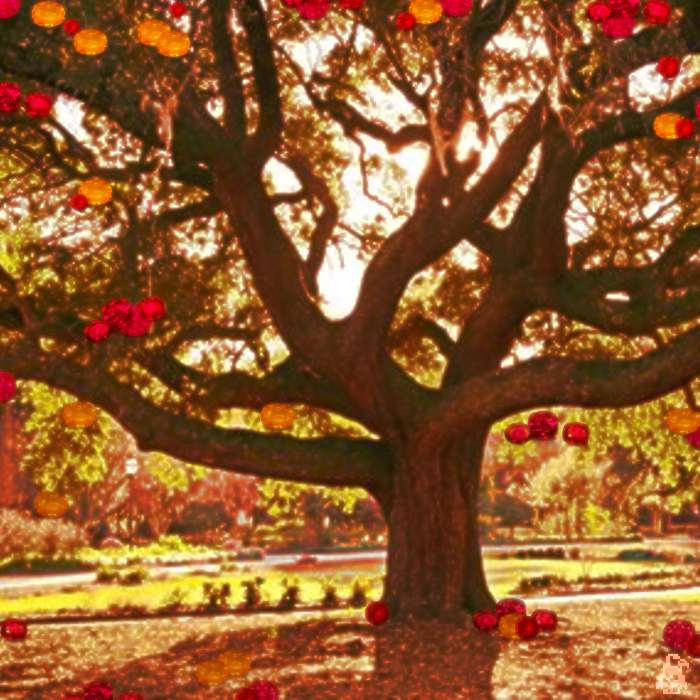 Yet another approach, called the "Czochralski process", involves dipping a small ruby in molten material and pulling it out slowly to create a single cylindrical crystal boule. But, the methods don't stop there... 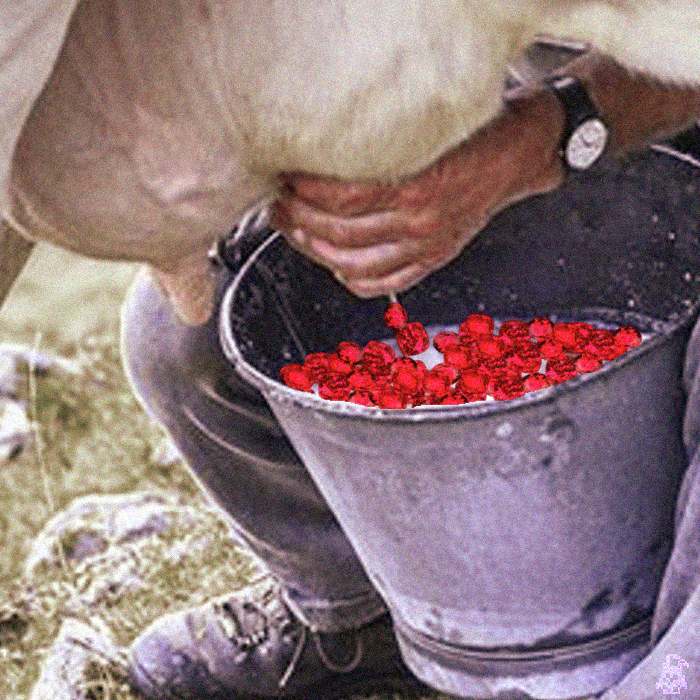 The flux process largely improved upon by the gemstone company Chatham places a seed ruby or sapphire in a pool of molten chemicals, allowing it to grow to full size over an alleged period of 6 months, yielding a single naturally structured gem.

The hydrothermal method uses hermetically sealed containers in which minerals dissolved in water are left to crystallize under pressure and the skull crucible method accomplishes a similar feat by heating a coil buried in oxides with radio frequency induction.

What is a single 1 carat ruby or sapphire worth? 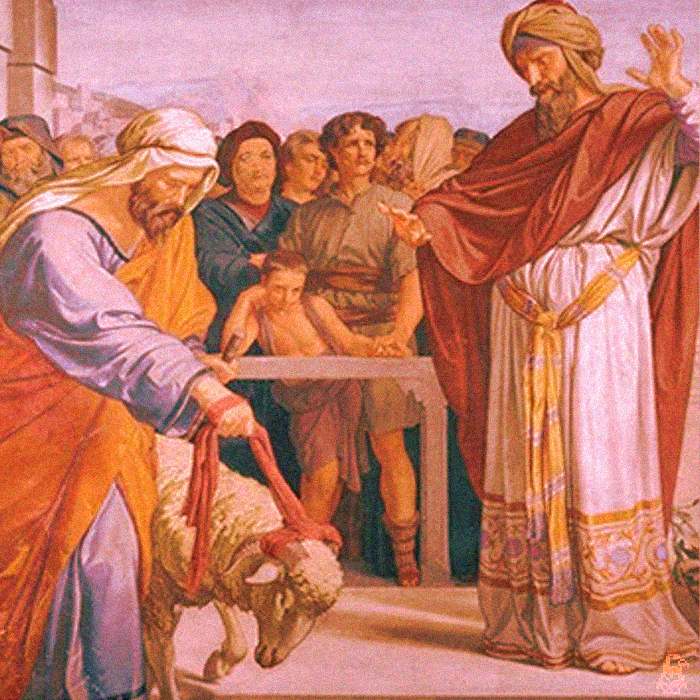 Mined rubies are usually more expensive than synthetic rubies and their prices can balloon quite quickly as sizes go up, owing to the rarity of large rubies in most mines. 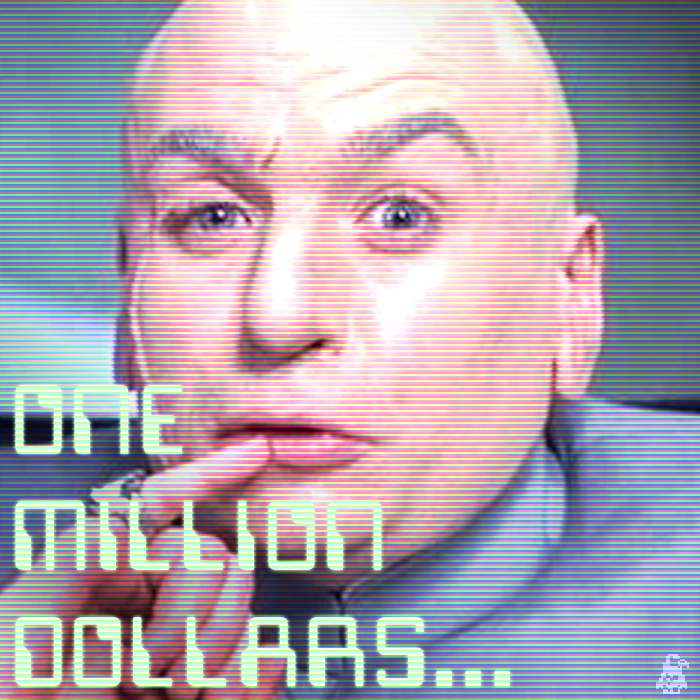 Synthetic ruby prices tend to be linear; they aren't harder to produce with size in the same way large mined rubies are more difficult to find.

As with most things, quality and scarcity affect the prices of gemstones tremendously, but the gem industry flips at least one of these factors on its head to a major extent...

Mined rubies of exceptional quality have gone so far as to sell for tens of millions at auction, but their extreme rarity is what pushes their prices so high - most mined rubies are objectively worse looking than their man-made counterparts, yet they command a huge pricing premium. 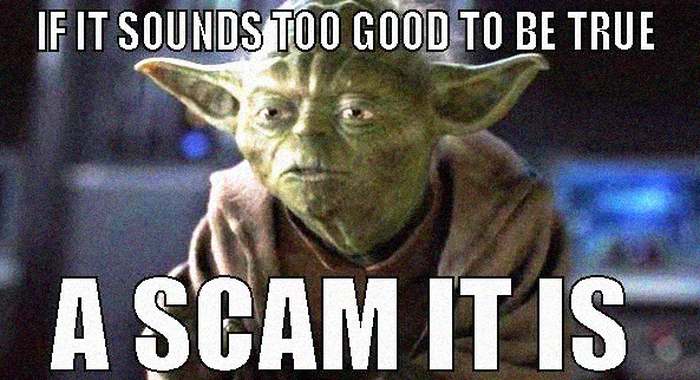 Quality-wise, synthetic rubies go for bargain prices compared to mined ones despite being comparably better in every measurable way.

In fact, perfection is one way gemologists can tell a stone was made and not found - too perfect and the price comes down a bit. Not exactly rational, really...

But, no sane person has ever accused humanity of being rational.

Whether yours were found in the Earth's crust or conjured up in a lab, they're still some of the coolest creations this world has to offer.

Read about the 5 most expensive paintings of all time next.