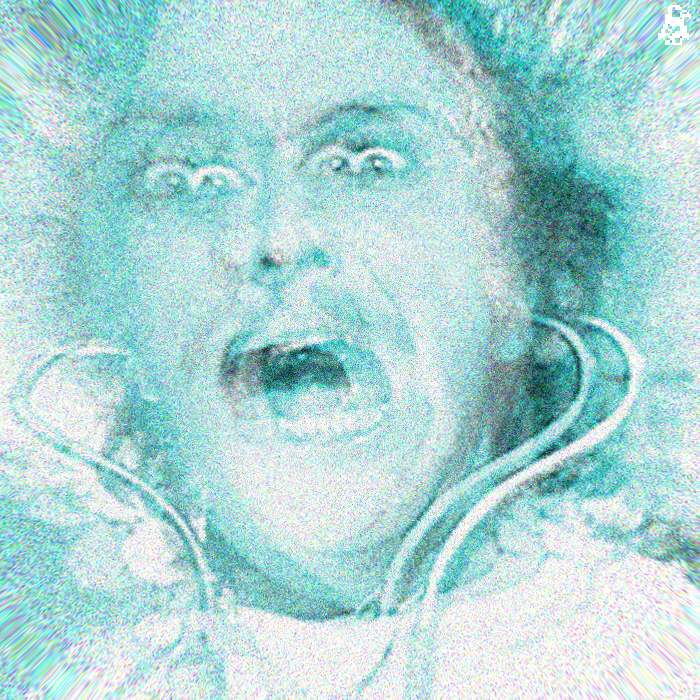 Theodore Maiman's Laser Being Used as a Bird Deterrent

The Montgolfier Brothers' Manned Balloon Being Used for, Well, Nothing, Really...

The current uses of inventions in this list would leave most of the brilliant minds who made them scratching their heads.

Certain timeless inventions have taken rather curvy courses to their present-day forms and functions. So curvy, in fact, that no one, not even their creators could have seen them coming.

Read on to discover what, how and why some creations have practically taken on new identities since they were first formed: 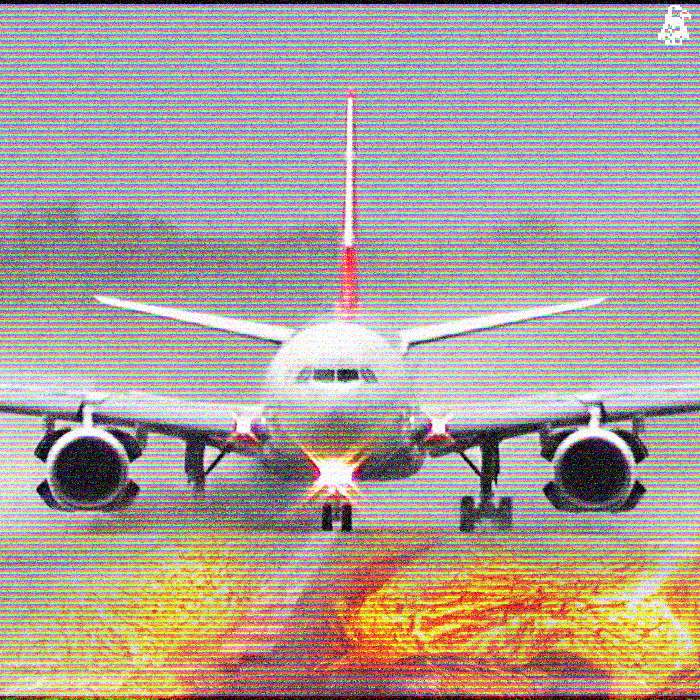 Swan used special carbon fibers in his special incandescent light bulb designs, the likes of which he became especially famous for.

The fibers themselves were an important piece of the puzzle for creating functional lightbulbs, but he likely didn't see them as useful for much else at the time.

Fast forward to present day, where carbon fiber anything = durable and expensive... This seemingly simple invention is being put to use in ways Swan could never have imagined. 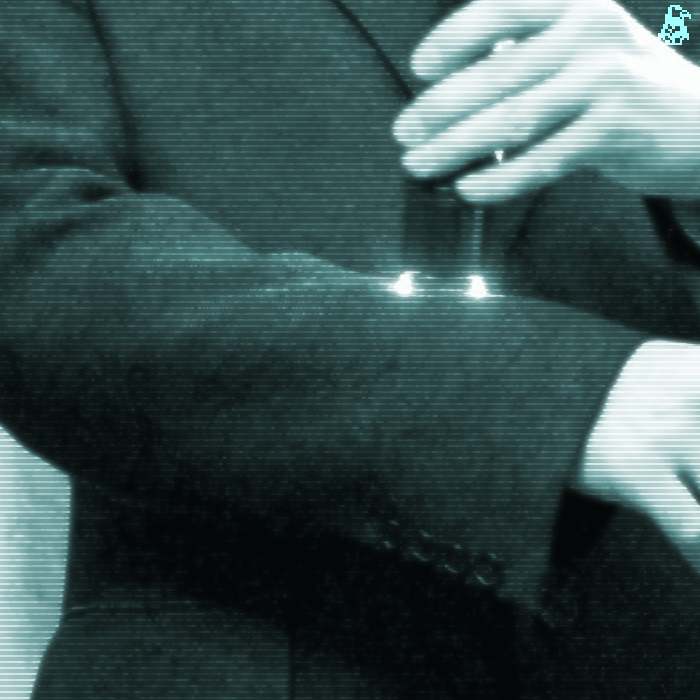 From sportscar bodies and airplane wings to modern architecture and taser-resistant clothing, carbon fiber is practically everywhere these days. However, it is also being considered for use to melt snow on airport landing strips thanks to its incredible thermal conductivity.

You should never underestimate the power of a hot landing strip...

Seriously, plenty of planes have suffered catastrophic fates from unexpected encounters with ice and snow.

Theodore Maiman's Laser Being Used as a Bird Deterrent 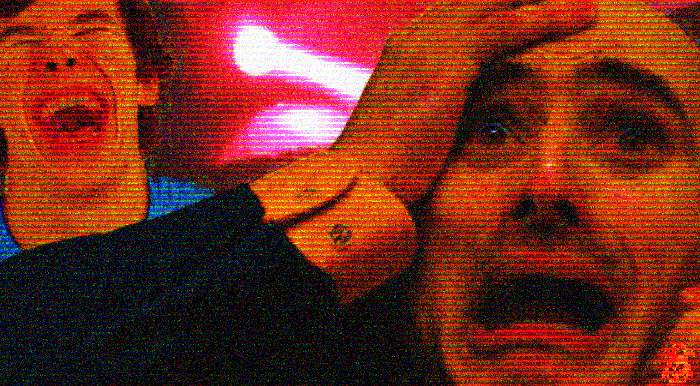 A man named Theodore Maiman stumped the physics world when he created the world's first laser using a man-made ruby. Everyone thought using a ruby was a stupid idea and would never work. Apparently, they thought wrong.

What would Maiman do next? I'm glad you asked...

In true sci-fi fashion, he left the company he was working for and, alongside seven techno-futurist allies, he founded a company called "Quantatron". 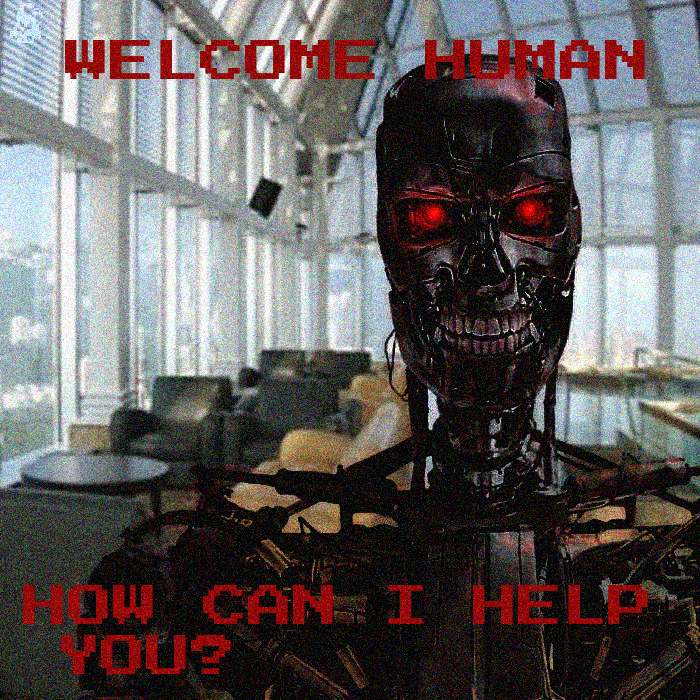 If I told you Quantatron later became sentient and took over the world, the only reason you'd doubt me is because you've never heard of it before.

Quantatron came into existence for the sole purpose of creating lab-grown gemstones. Maiman needed rubies by the baker's dozen for his mad laser science experiments. What better way to get them than cooking them up in a lab? 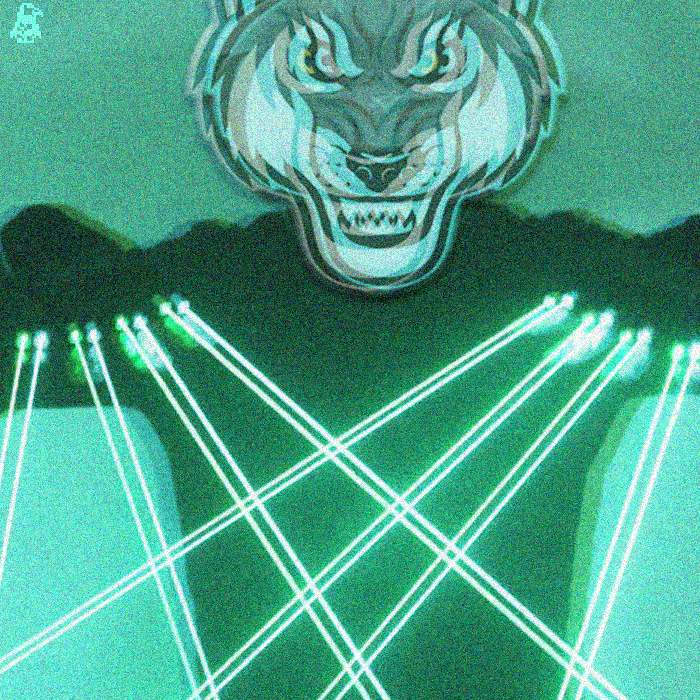 Maiman contributed much of the innovation for optical scanning, laser displays and modulation, but lasers later became the basis for surveying, firearm aiming, barcode scanning, photochemistry and nuclear fusion.

Most importantly, lasers are now used to scare birds. 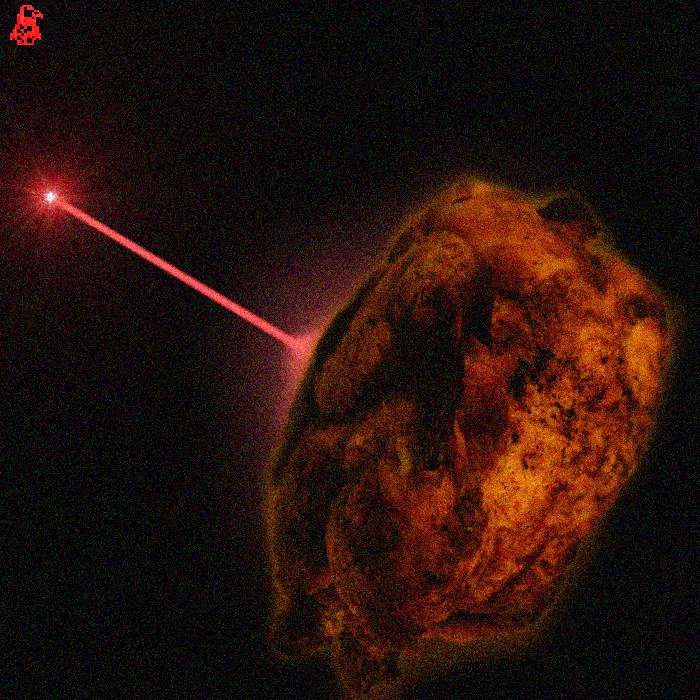 Apparently, laser look like big stick to bird. Bird get scared. Bird fly away. No more bird. No, I'm not kidding.

The Internet is a vast and varied collection of information that has wormed its way into the very center of most of our lives.

When former CERN contractor, TimBL, set about developing what we now know as the Internet, he intended to create a simple research-sharing network for fellow scientists (read: a database for nerds).

Tim's web prototype was named ENQUIRE (after a domestic encyclopedia named "Enquire Within Upon Everything") and made hypertext sharing possible among researchers.

Tim later joined hypertext with the "Transmission Control Protocol" to create HTTP and the rest is history... Internet history, that is - replete with the wisdom of the world woven into a web of links.

It is also replete with smut.

Back in the Internet's infancy (the 90's) estimates of porn-related search share pointed to roughly 40%. Yep, 4 out of 10 people (mostly guys) were using one of the most important technological innovations of all time to get off. 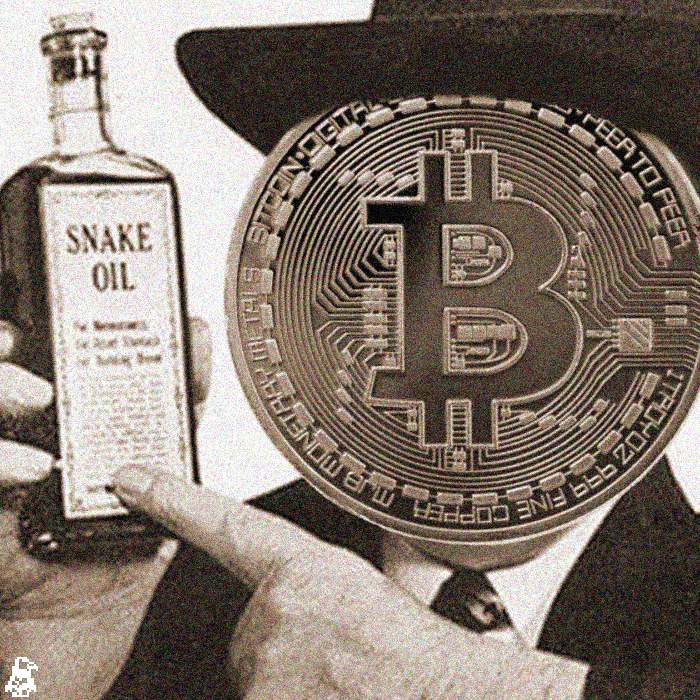 When the mythical unknown entity named "Satoshi Nakamoto" first conceptualized a blockchain in 2008, the idea was very obviously intended to create a new financial sector for the world to participate in. And boy did people participate...

At this point, the official Bitcoin ledger of transactions has exceeded 200GB, with no end in sight to its explosive growth. 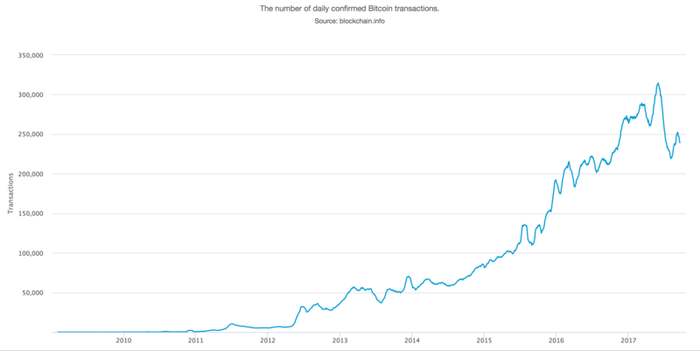 Unfortunately, although the possibilities and promise of blockchain technology as a whole remain incredibly bright, the bulk of projects in the blockchain space have proven shady at best. 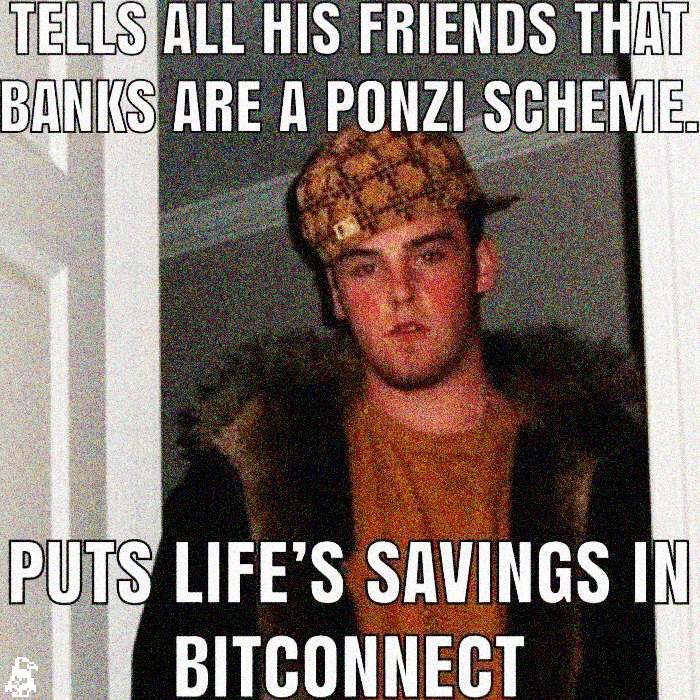 Blockchain technology has exploded in popular notoriety, but mostly for the wrong reasons... Crazy ponzi schemes, techno-feuds, zombie companies and brazen theft abound in the industry, effectively subverting the utopian goals of its originators.

Basically, Bitcoin doesn't work very well (see: the 200GB figure above) and blockchain-related projects have been fleecing investors for years.

The Montgolfier Brothers' Manned Balloon Being Used for, Well, Nothing, Really... 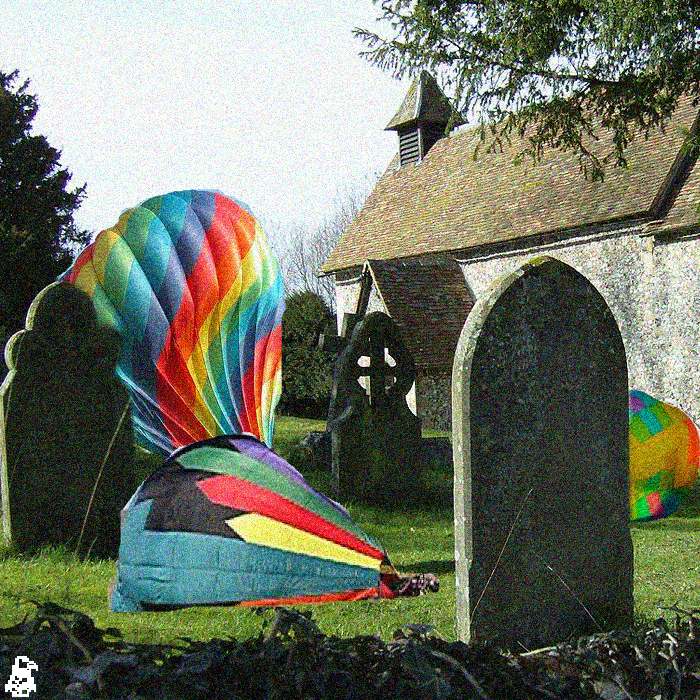 The paper-making Montgolfier brothers came up with the first large-scale balloon that transported passengers in the 1700's and inspired a multitude of daring men to pilot their own.

Jean-Pierre Blanchard was one of the early pilots in the manned balloon space. Others came before him (specifically, Jean-François Pilâtre de Rozier and François Laurent d'Arlandes), but he managed to seriously popularize balloons among the public.

Thanks to Blanchard, balloons became the AI of his time - they were, like, LiTeRaLlY tHe FuTuRe and no one would shut up about them.

The latest Parisian fashions were made with balloon features. Images, paintings and portraits even incorporated balloons. Balloon decorations shocked the eye in all directions...

Little did they know, the lofty balloon would be relegated to museum sideshow status by the late 1900's.

Ouch. So much for the future...

Balloons proved, over time, to be an ineffective means of travel for all but the most laidback of flyers. Telling passengers they'll get there when they get there doesn't work so well when they can hop on a plane.

Balloons are slow, restrictively large and not the most maneuverable things in the world. They also carry the stigma of the last great airship's catastrophic crash.

Balloons can be beautiful and fun to ride in, but they will probably never be practical. 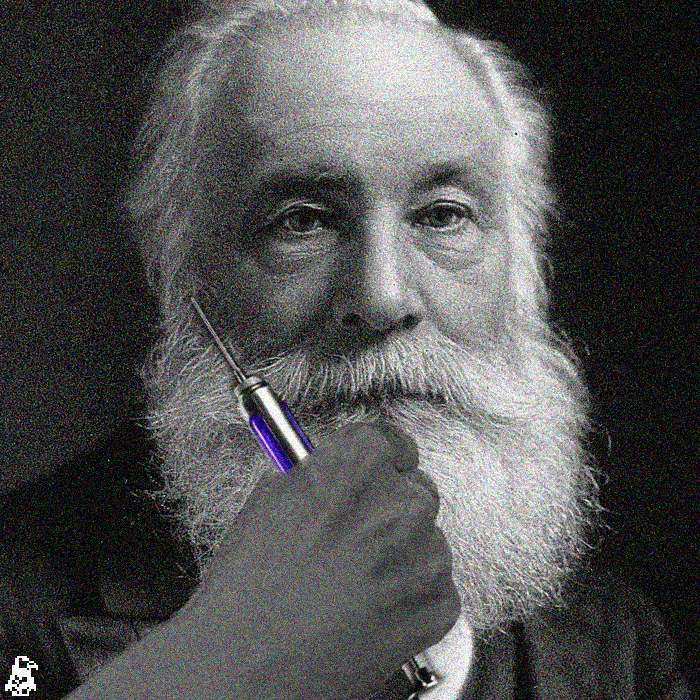 When William H. Perkin accidentally fouled up a quinine recipe so badly it resulted in purple dye, he did what all great inventors ought to do and acted like he meant to do it the whole time.

His dreams of synthesizing quinine conveniently disposed of, Henry set out to birth what would later become an entire industry of synthetic organic chemicals.

He also gave the fashion industry a proper shove in the right direction to boot. 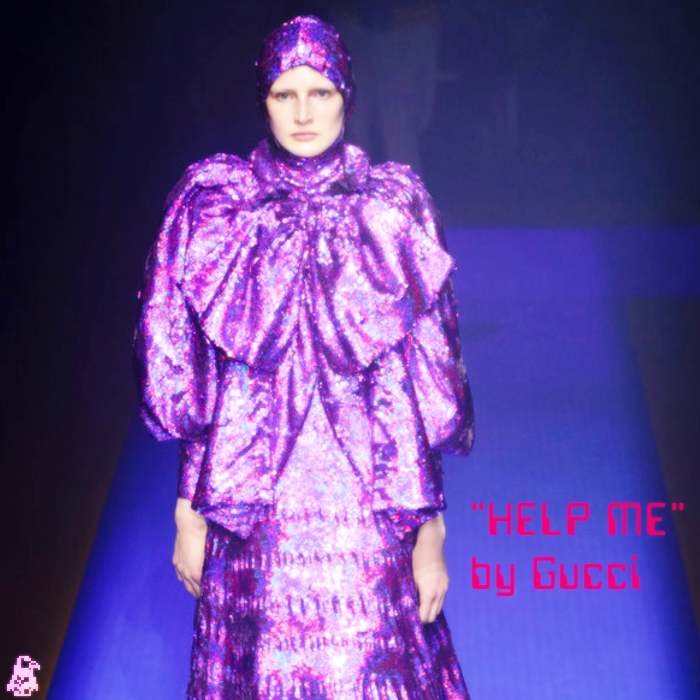 Perkin's colorful discovery, known as aniline purple, spurred further research into aniline organic compounds. It was later discovered that workers who regularly dealt with the stuff were prone to developing bladder cancer.

But, more bizarrely, aniline substances eventually became the basis of modern chemotherapy, effectively combatting conditions they were known to cause.

Inventing has always been tricky business. But, pretty much no one could have guessed how some of the above creations would end up being used years after their creation.

Read about famous book collectors and their libraries next.