The Guitars Of The First Wave Of Grunge - Odd Nugget 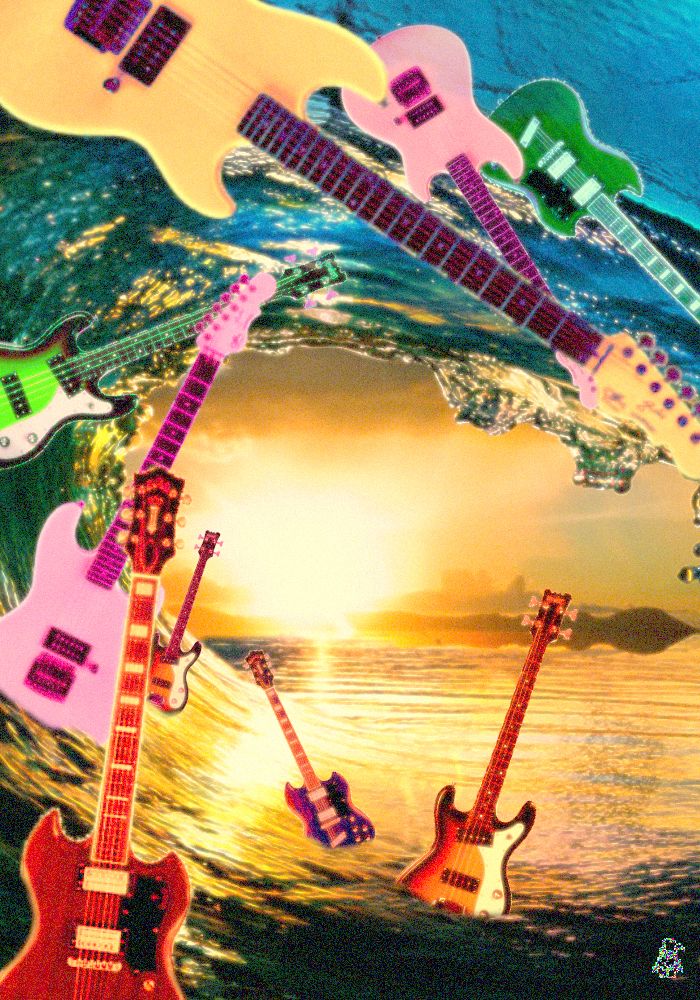 Not Your Mother’s Fender

The Rest Of The Kitchen Sink

In what can only be considered the biggest gift to popular music in the last 100+ years, grunge broke onto the charts in the early 90s and drove a stake through the heart of hair metal, killing it so thoroughly that the next hair metal band to get anywhere close to popularity – Steel Panther – didn’t hit the scene for another 25 years, and only got past the sniff test because their schtick was “damn, isn’t hair metal stupid?” 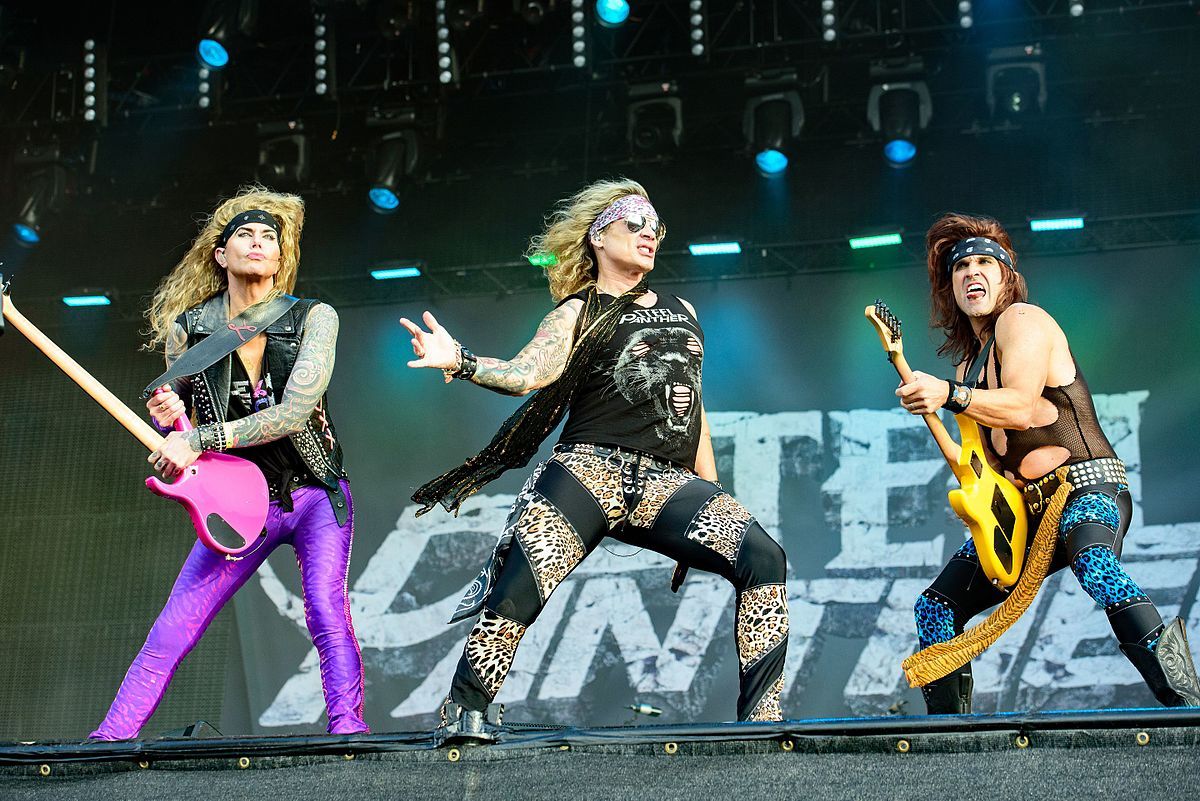 However, while people will give you a definitive on what grunge sounded like (cheap guitars through cheap amps), the first wave of grunge bands varied widely in style (for example, Pearl Jam and Mudhoney couldn’t sound any more different) and in sound, and much of that was down to the wide range of gear employed.

We’re going to walk you through a few of the highlights of early 90s grunge guitars, and while your brain might think “grunge – knock off fender through a fuzz pedal, right?”, the answer is a lot more varied.

Not Your Mother’s Fender 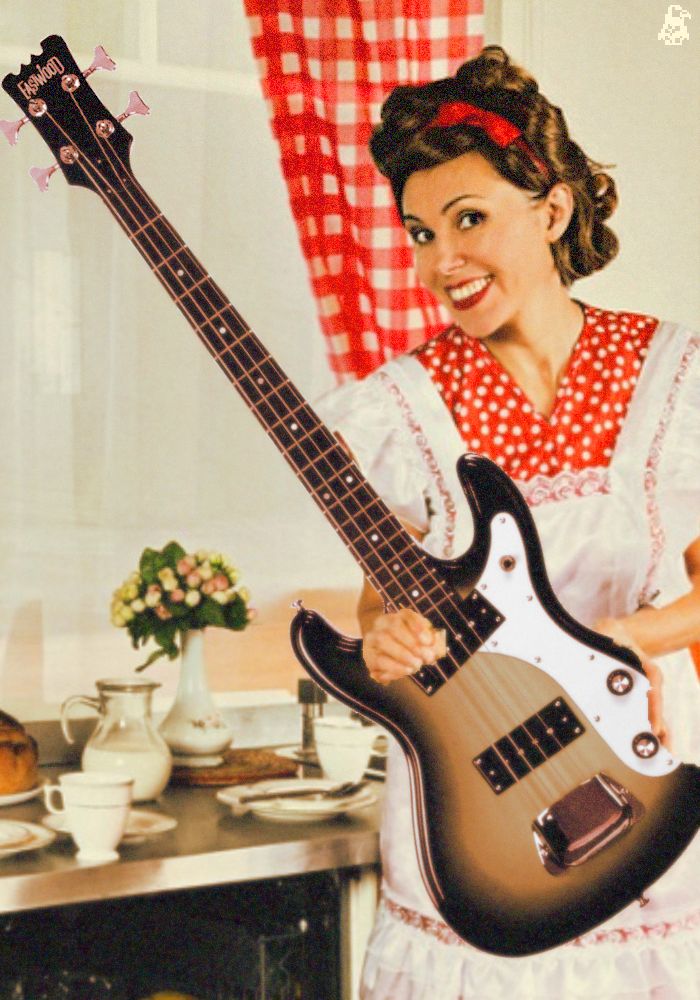 Fenders have been the most consistently popular electric guitars out there since the 50s – even in the 60s when you couldn’t give away a Gibson Les Paul, bands were hitting the top of the charts with Fender Strats and Teles.

The 80s hair metal bands typically didn’t play Fenders (EVH’s Frankenstrat being something of an exception), they did play a lot of what are known as “super strats”. Essentially, these strat shaped guitars, made by companies such as Charvel and Jackson, were kitted out with high gain pickups, low action, and onboard electronics set up to make the output hot enough to get those screaming 80s metal tones. 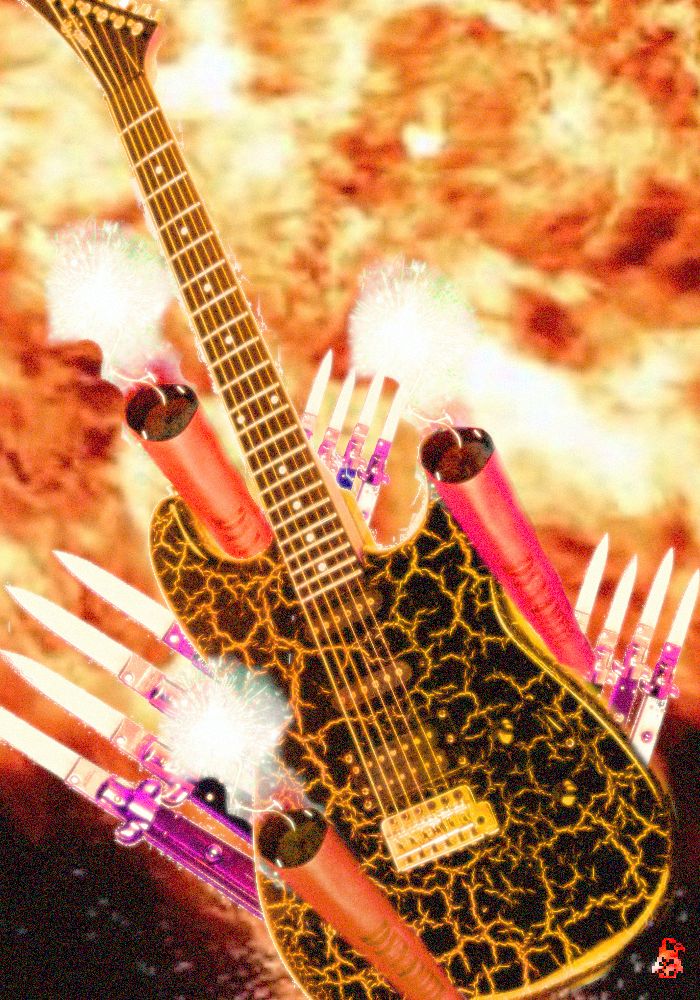 However, grunge’s undisputed figurehead Kurt Cobain had a soft spot for Fenders – but not the ones you’re thinking of. For the Smells Like Teen Spirit video, Kurt played a Fender Jaguar, and in the follow up video for In Bloom, he was sporting a Mustang. 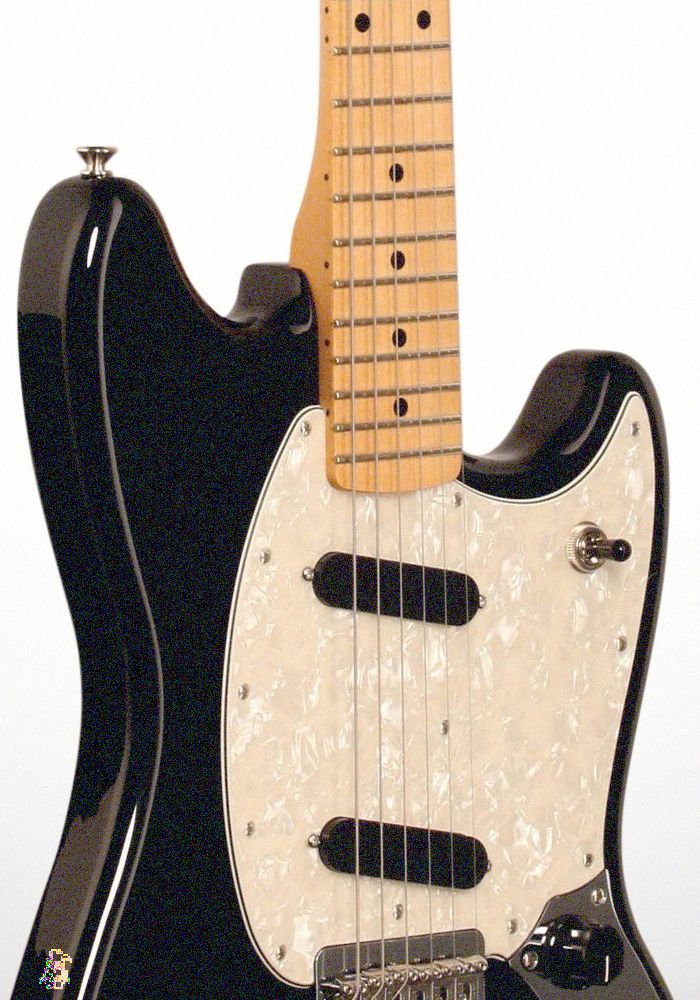 While Kurt wasn’t the first guy to play these less known Fenders (Mark Arm of Mudhoney was known to sport a Mustang from time to time), he definitely created a resurgence in Fender’s short scale guitars such as the Mustang, and along with Dinosaur Jr’s J Mascis, inspired a generation of guitarists to check out the underappreciated jaguar and it’s cousin the jazzmaster. 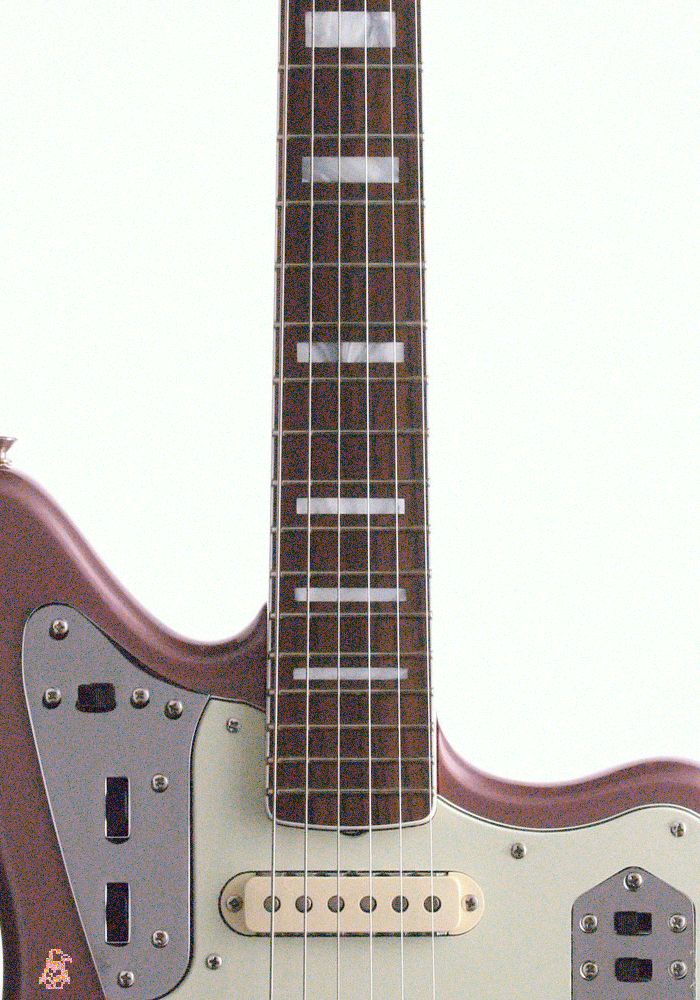 On the more traditional side of things, Mike McCready was a Stevie Ray Vaughan inspired Fender Strat guy, sporting a classic tortoiseshell look through Pearl Jam, Mother Love Bone and Temple Of The Dog.

Billy Corgan of the Smashing Pumpkins was also a strat guy, though he did coax some unconventional sounds out of it (see the solo on Cherub Rock), he also got some very traditional strat cleans on songs like Soma and To Forgive. 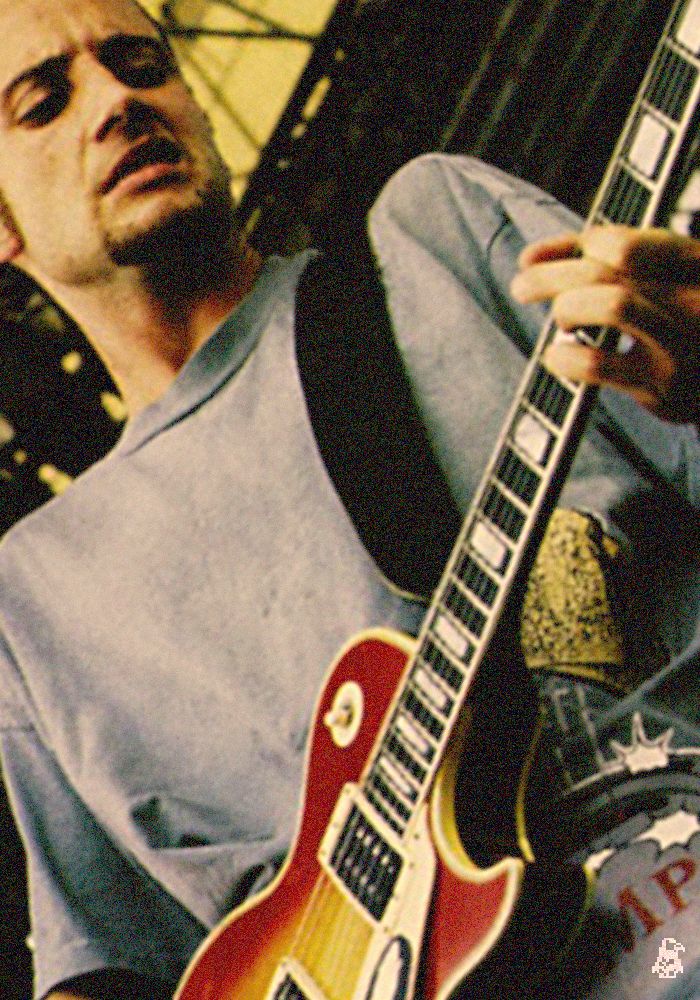 Of course, as with any era of rock music, there were any number of Gibson Les Pauls flying around – in fact Nirvana might be the only 90s era grunge band that never had one on stage.

And while Billy Corgan was a strat guy through that era, to his left was James Iha, largely playing Les Paul Customs. 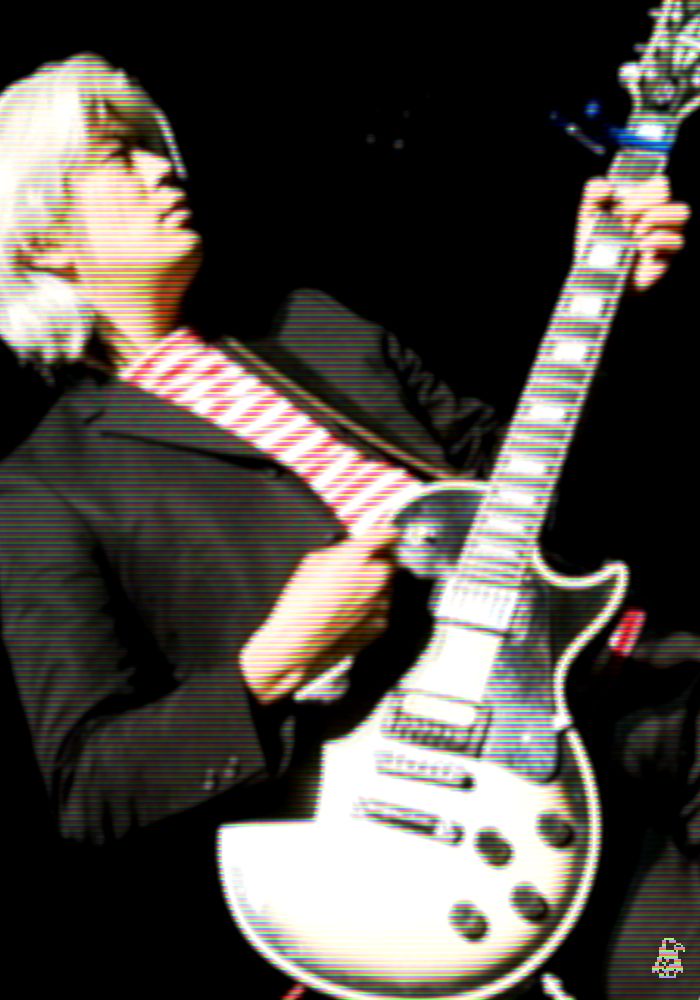 However, even with Gibsons there were a few off models creeping in – Screaming Trees Gary Lee Conner largely played Firebirds, and both Marc Arm of Mudhoney and Tad Doyle of Tad were seen time and time again sporting classic red SGs.

The Rest Of The Kitchen Sink 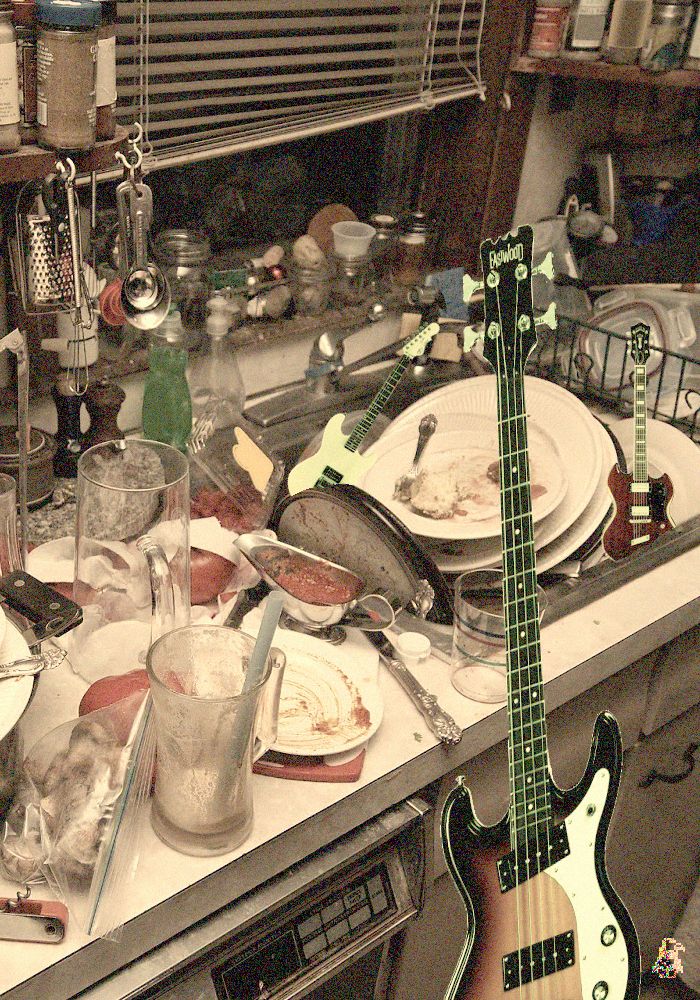 Kim Thayall of Soundgarden, arguably the first gunge band to break out, was an almost exclusive Guild player for most of his career, mainly playing S100 and S300 guitars in “any color as long as it’s black”. 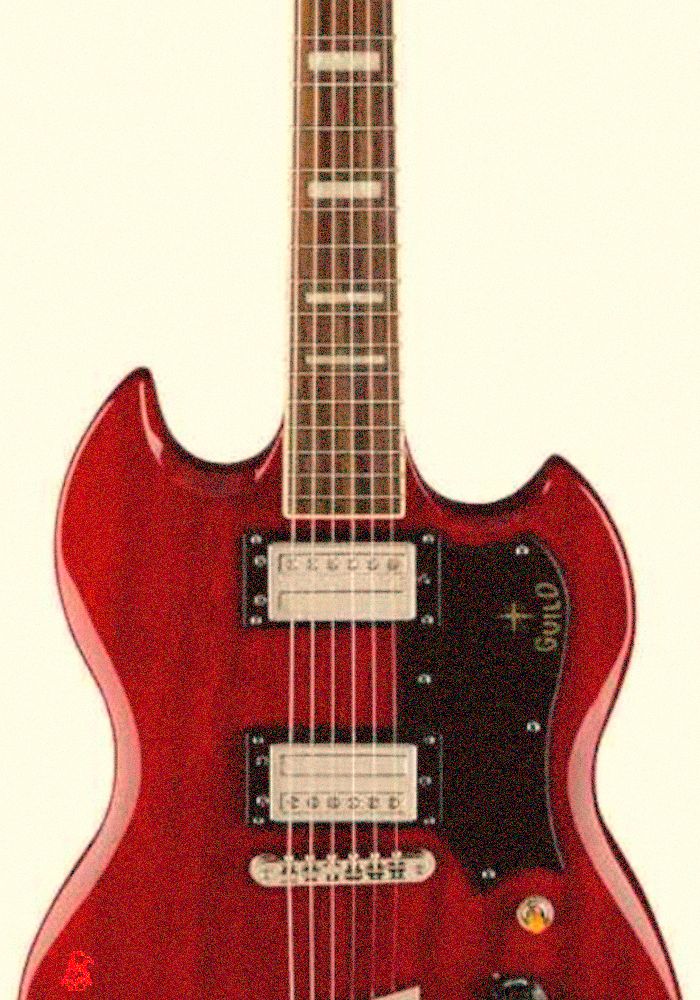 Jerry Cantrell of Alice In Chains worked a whole summer at a guitar store to buy a G&L Rampage, and after the band blew up had several of his own signature models. Jerry modified his Rampage with a Seymour Duncan JB and a Floyd Rose – while he’s known as a grunge player, Jerry had a lot of hair metal tendencies in those days.

In addition to his various Fender guitars, Kurt Cobain was known to play a Univox Hi-Flier, a Greco Mustang, a Hagstrom F-200, a Washburn Force 31, and a wide range of other lesser known guitars. 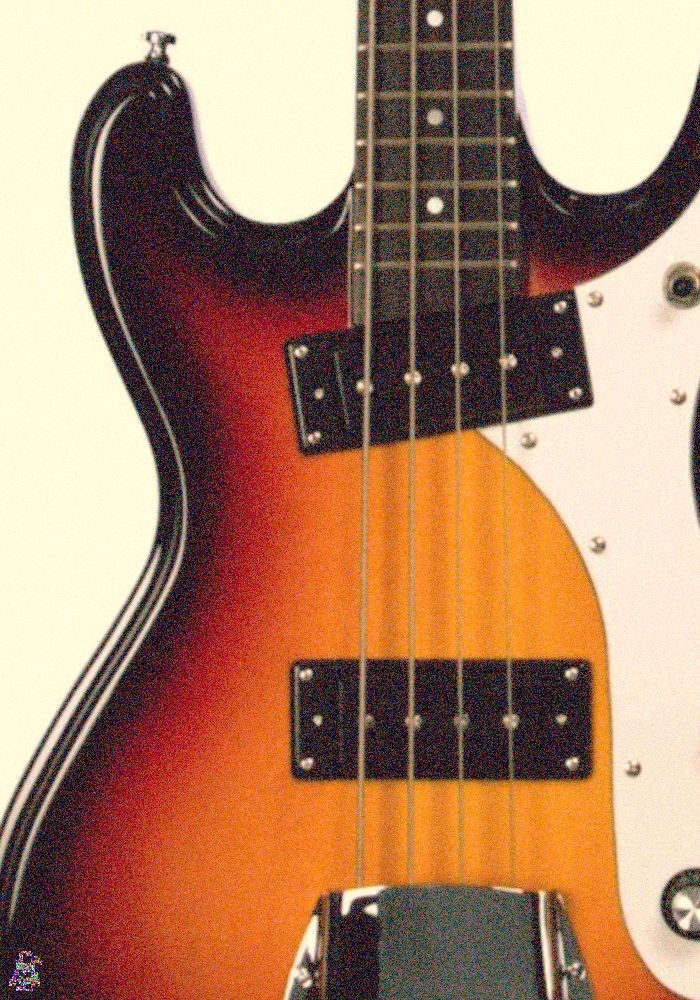 Of course, with that rage of sounds across grunge’s biggest stars, it’s no wonder that lesser known brands are synonymous with grunge.

In the last few years, as all musical movements of the past do, grunge has been making something of a comeback, and even when the second wave hit in the late 90s it was something that took a small handful of the aspects of grunge and amplified them.

However, if you look closely at the first wave, it really was a smorgasbord of everything that was making waves in the underground in the late 80s and early 90s, all pushed to the mainstream at once.

Read about electric vs acoustic guitars next.