The Art and Imagination of Thundercats Thundercats, the 80's masterpiece in innovative animation, left a lasting legacy in cartoons since its first appearance.

However, the signature art style of the original has been reinterpreted twice now, with the latest intended reboot to feature drawings in the same vein as shows like Steven Universe and Adventure Time. That is, if it ever sees the light of day - fans rather rightfully railed against the comedic take on the show's story and the kid-friendly new art style.

Having just become acquainted with the wonders of the original Thundercats series, I thought this a good time to examine the show's art and the intriguing history held therein. Thus, thunder, thunder, THUNDER! Uh, follow me... There's no denying the show's intro being all-around incredible, especially for the period. Interestingly enough, the sharp, electric animation on display stems from exotic influence. Japanese animators from Pacific Animation Corporation were brought aboard for a bit of anime flair. The results were outstanding, with sweet action sequences and character designs so completely outrageous that they were undeniably awesome. The story centers on the exploits and struggles of the young cat humanoid Lion-O (in an adult body) and his fellow Thundercats after losing their home and their leader Jaga. Having crash-landed on a planet called "Third Earth," the companions face off against everything from an evil mummy overlord and a mutant trio to berserker pirates hungry for unicorn meat. Yes, it's a very interesting show indeed. The designs of the Thundercats themselves pull from multiple sources of inspiration, not least of all the actual cats each character is based on. Lions and tigers and panthers; oh my! The full roster of primary Thundercats characters includes Lion-O, Tygra, Panthro, Cheetara, Jaga, Wilykit and Wilykat. Oh, and Snarf - not my fave, but there's no escaping the little dickens, really. For fans of all things retro, this show is a real treat. If you haven't already, do check it out. Intro below! 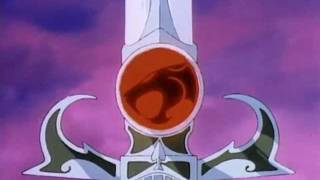 Read up on Betty Boop's Cartoons...