Dominoes were invented as a tile based number strategy game, and somehow society has collectively reduced it to 'lets find interesting ways to tip these things over!'.

Take on a new challenge in any of these amazing new strategy games fresh off of steam...

Catch them is the simplest and exciting game that will help develop your attentiveness. You have to play as a hen catching different fruit and avoid uneatable food.

It is necessary to mention that you will see products which you have already caught. Your mission difficulty will be grow. Be careful from the beginning of the game as if you catch bad food, you will die. Collect as many products as you can, earn record scores and you will enjoy the game by all means!KEY FEATURES:- A simple dynamic gameplay.- Endless.- Relaxing soundtrack.- Nice impressions from the game. Velocimom is a game where you have to gather as many snacks that are required to complete the level. You do this while simultaneously trying to go unnoticed by your relentless velociraptor mom who is patrolling the house. How far would you go to satiate your late night cravings?Story:Hugo is supposed to sleep but his sweet tooth is keeping him up at night.

He has developed a habit of sneaking snacks to his room in the middle of the night to satiate his cravings. His mom eventually caught on to his behaviour and has started to stay up late to make sure Hugo doesnt leave his room. To his surprise, mom never really looks or acts like her usual self when the sun goes down. All he knows from his vast knowledge of dinosaurs is that he probably should remain perfectly still within her proximity.CreditsThis was a week long school project made at Yrgo in Gothenburg by:Artists:Danny EdmalmJona RosenbergDamir PejinovicJonathan DewoonProgrammers:Jesper JohanssonJessica CederMarcus KolbeViktor AnderssonTools used:Unity 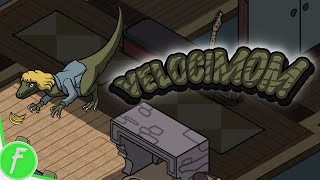 Curses of Tarot is a single-player poker and Tarot themed deckbuilding card game with a variety of play modes, mini-games and challenges.Swap cards to create poker hands, plan your matches to clear each board, fortify your deck with glorious boons, break any curses inflicted upon you, and test your fate in a variety of special events!"The night was dreary, and I had traveled far.

Suddenly, through a gap in the trees I saw the warm glow of a campfire beside a covered wagon. Perched on the stoop, an old woman beckoned me inside, promising a chance to rest, and perhaps a glimpse of my future. Little did I know what she had in store...""

You face a crossroads, traveler. Let us see just how fate judges thee!"Game Modes:Standard - the full game experience, including boons, curses and special events.Endurance - how long can you last as your deck grows ever larger?Timed - set a new high score in a casual, -minute game, perfect for coffee breaks.Other Features:Save your progress and resume a run at any time.Gorgeous, procedurally generated card art.Leaderboards for every game mode.Steam achievements.Colorfully detailed game board and event art.Endless replay value.Full widescreen and ultra-widescreen support. Gummings is a D puzzle-strategy game.The objective of the game is to guide a group of gummings through a number of obstacles to level goal gate.

There are gummings in each level.The obstacles are mostly hills and holes and high flat surfaces. Player can use puncher and bridge builder for them. Player can also use stopper to change other gummings direction.There are three difficulty levels in the game: easy, medium and hard. Player can rotate camera view and player can choose, which gumming the camera is following to. a bullet hell card game where time only moves when you doexplore different levels with unique themes and musicfind tons of attacks and abilities, buy and sell cards at shopsfight dozens of unique enemies and challenging bosses most innovative and overall game of Ludum Dare , expanded upon into a full experience for desktop and mobilesupports different languages and includes several accessibility settingsincludes incredible music by keestakpublished by PID Gameseverything else made by torcado :)join us on discord! 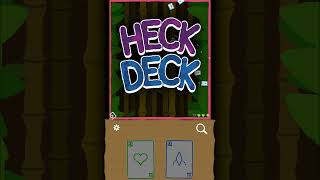 Command an elite international squad of special operatives against enemy forces. In Black One Blood Brothers, you will play as the elite special forces of the Joint Secret Operations (JSO) and lead special operations forces through challenging secret ops all over the globe.REALISM GAMEPLAYBlack One Blood Brothers is developed in partnership with a retired French Navy officer who served in the Commandos Marine. In first-person mode, control any operator, switch between themselves. Use Night vision goggles and laser, monitor the weight of your loadout, breach the doors, treat injuries, become dog's handler...

Neutralize a HVT, rescue hostages, defuse bombs, recover sensitive documents, put a listening device, escape from detention.BATTLE PLANPlot out the mission of the area with intuitive and complex battle plan at any time. Create different teams, sync your orders, lay out a plan for each squad and team members.CREATE YOUR OWN SQUADCreate your team members, assembled from the best military units from around the world. Then outfit them with the loadout, weapons, and high-technology equipment for the mission.REPLAY VALUECreate your own mission, adjust the difficulty, choose the location and modify numerous parameters.VARIOUS GAME MODESSpec Ops War Prisoner of war Siege Made by Xeno Bits

Welcome aboard the Swiss Alps undergrounds! Inspired by base-building management games Dungeon Keeper, Evil Genius and Rimworldwith a touch of sci-fi show Stargate SG-, the XenoBits team wants to dive you into a new futuristic experience: Exogate Initiative.About the gameExogate Initiative is a managementbase-building game that puts you in charge of mankind's first worlds exploration program.In the near future, a new technology will allow us to travel instantly anywhere in the universe, via portals known as Exogates.

An international initiative is created to develop this technology and start the first exploration program.You will lead mankind into the vast unknown, where we never before dreamt to tread.Build the infrastructuresIn the depth of a mountain plan, excavate and build your base using a variety of specialized rooms and equipment.Assemble teams of international specialists

Recruit, train and manage specialists from all around the world, pick from different classes to form exploration teams. Provide them with the tools and suits needed for their journey. Take care of their needs and ensure their well-being, as they are constantly facing the unknown.Send them exploring exoplanetsEncounter new life forms, groundbreaking resources or create diplomatic relations with intelligent alien species. Bring back samples and specimens to study and make new scientific discoveries.How to give feedback?If you encounter any bug or other issues, you can press F when in-game. A window will pop up and you can write more details about your issue so the dev team can solve it.Steam page-Twitter-TikTok-Instagram- PresskitCommunity Discord server 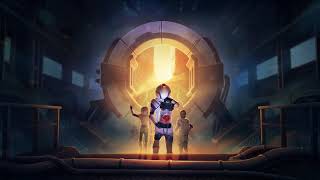