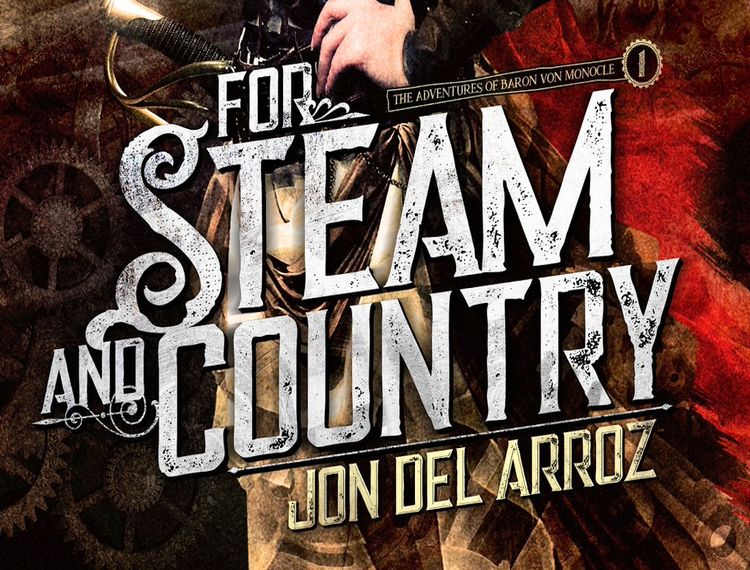 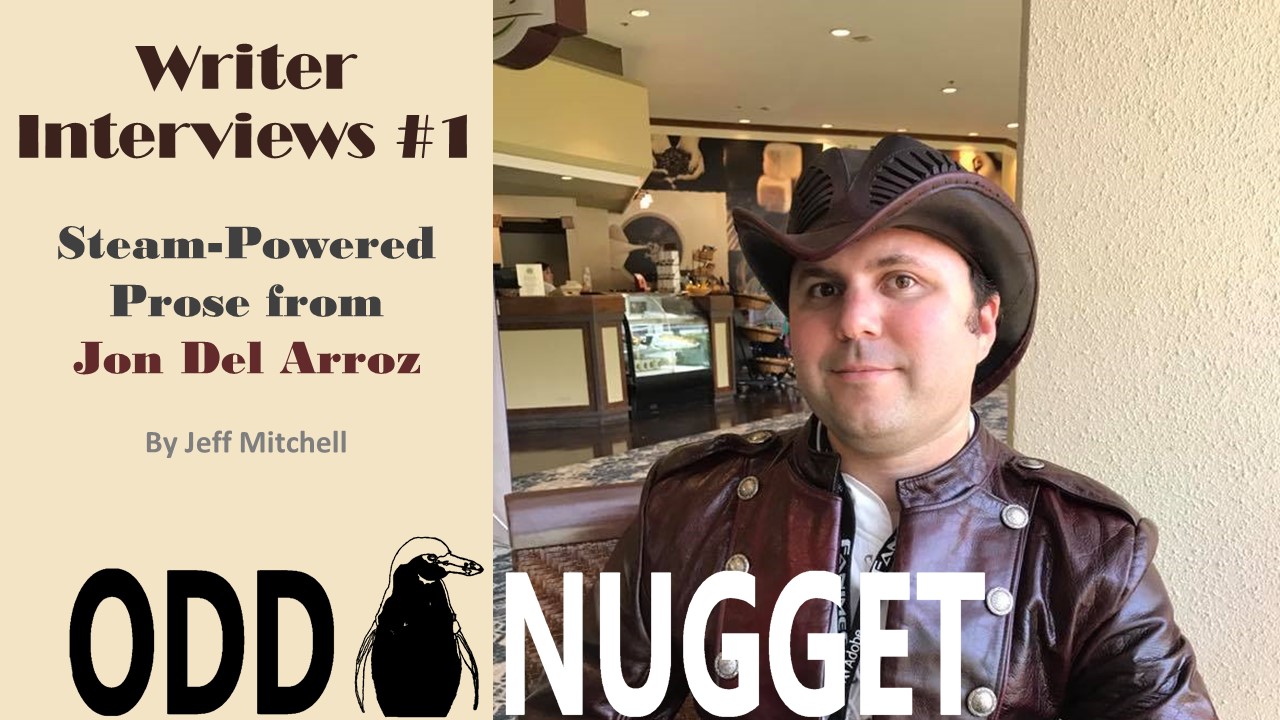 Steampunk as a style is easily recognizable, but its precise origins are not. Aside from the term itself (attributed to a K.W. Jeter), Steampunk's exact beginning is, as of yet, a mystery (or rather, a subject of considerable dispute).

Steampunk consists of an entire aesthetic and conceptual style founded on the fantastic technological ideals of daydreamers in the Victorian era.

It is the representation of life and our reality as it would be had the world developed along an alternate timeline in which coal and steam power were forever held in high regard.

Toss Victorian-era fashion and rugged colors into the mix and you have yourself the quintessence of the genre.

Jon Del Arroz has taken to the genre with his newest book in epic fashion - putting his own slant on its rich store of concepts and making them his own.

Here, we've taken a moment to learn about his motivations and interests.

Plus, he's supplied Odd Nugget with an enticing blurb of his great new novel, "For Steam and Country."

I first got into steampunk in 2011-2012 at Dragon*Con when I saw all the gorgeous cosplay out there.

It was awesome and it immediately got my mind churning on writing a Steampunk fantasy.

That whole steampunk movement swelled and I noticed that very few books in the fantasy adventure realm were coming out, and that most Steampunk was romance that happened to throw in a few mechanical things and gears.

Not that I’m opposed to romance (my books have plenty of that) but I wanted more of an old school adventure focus. I plotted out For Steam And Country in that 2013-2014 time as a response to that and wrote the first draft through 2015.

Went through this last year with all I’ve learned after my super successful debut novel, Star Realms: Rescue Run was released, and refreshed the concept to bring it to life.

The main character is named Zaira Von Monocle – and actually, the story behind the name Zaira is that I met someone with that name at a convention in 2013 when I was setting up selling my graphic novels. I thought that was such a cool name that I stole it for the book. 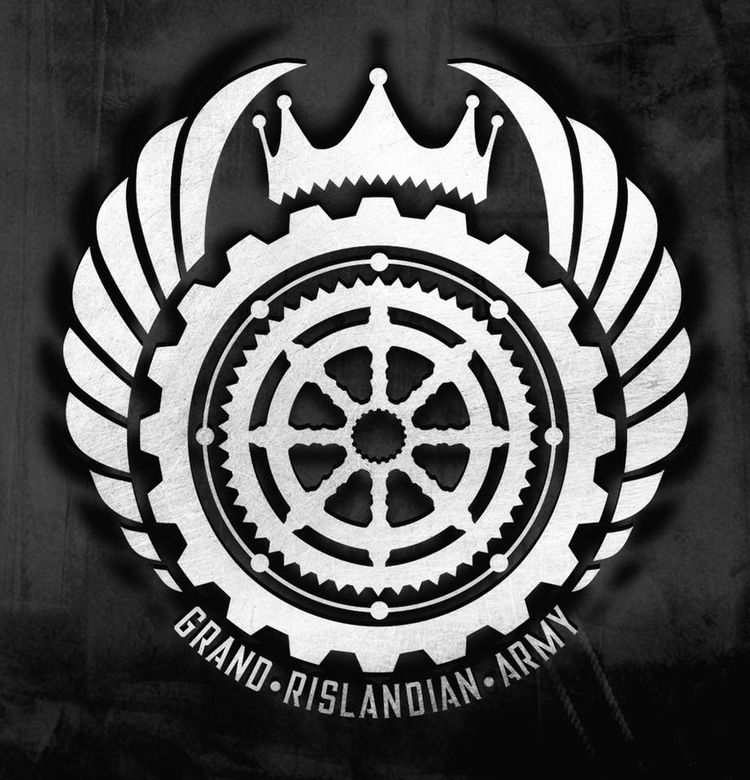 I used to run a lot of tabletop RPGs and online chat RPGs where I’d make stories, have players go through them.

Naturally those can get frustrating as a storyteller at times as the players don’t always (or even often) cooperate with the story.

So I started writing my own stuff, which I’d always wanted to do to some extent because of reading a lot of good books as well. I found that it’s a strictly better way to control a story than running RPGs.

My favorite book is The Crystal Singer by Anne McCaffrey, who is my favorite author as well.

That’s scuh a cool sci-fi concept and that story is super underrated! If you go through my twitter and look up “Anne McCaffrey” periscope, I did a nice tour of my collection of all her books. I have a lot.

Space Opera #1 with Steampunk as a close second.

I’d say I like space opera more because I like lasers, space ships and exploring strange new worlds, and also because of the aforementioned promises of the genre that didn’t really show up in much of the Steampunk literature, that exist in the culture and cosplay.

Hopefully For Steam And Country helps bring about a revival and inspires some cool new stories in that vein (not that they don’t exist, The Cinder Spires series by Jim Butcher is a great example of it, but I want more!). 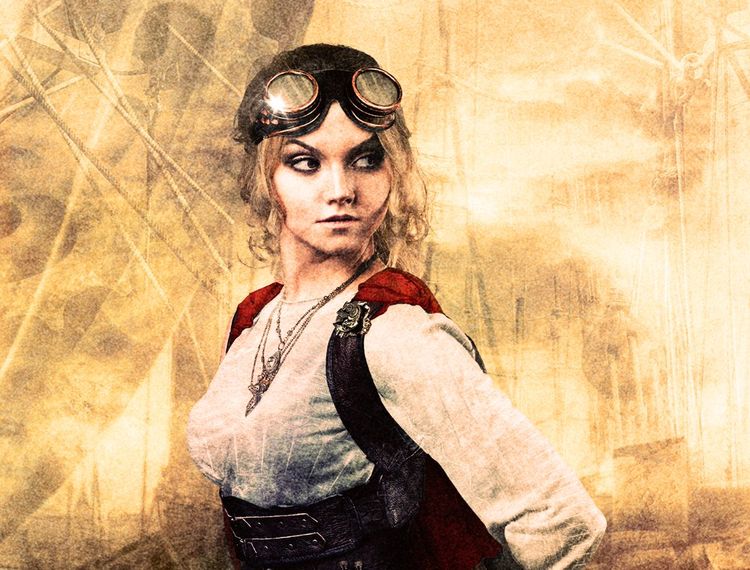 The publishing industry is changing. Don’t wait and sit around for an agent to magically discover you and deem you worthy.

That’s not how it works anymore. You have to be very well connected and perfectly in tune with producing generic content that’s already out there to come up in that world, and you also have to be in tune with their politics.

It’s far too much a perfect alignment of the stars for it to realistically happen to many random folk, and the trick is it has nothing to do with the quality of your work either.

Thousands of people love Star Realms: Rescue Run, and it would have never seen the light of day if I had waited my turn and went that route.

I put myself out there, and you should too. You’ll find your audience, just keep going and keep writing. 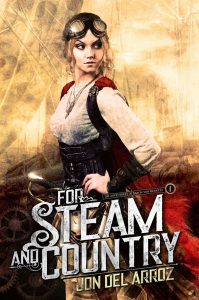 Her father's been pronounced dead. Destructive earthquakes ravage the countryside. An invading army looms over the horizon. And Zaira's day is just getting started...

Abandoned at an early age, Zaira von Monocle found life as the daughter of a great adventurer to be filled with hard work and difficulty. She quickly learned to rely on only herself. But when a messenger brought news that her father was dead and that she was the heir to his airship, her world turned upside down.

Zaira soon finds herself trapped in the midst of a war between her home country of Rislandia and the cruel Wyranth Empire, whose soldiers are acting peculiarly—almost inhuman. With the enemy army advancing, her newfound ship’s crew may be the only ones who can save the kingdom.

For Steam And Country is the new fantasy novel by Alliance Award nominated and top-10 Amazon bestselling space opera author, Jon Del Arroz. It is the first book in the Adventures of Baron Von Monocle series.

Hopefully, youve found your next novel obsession! Don't forget to check out Jon's Twitter feed (@jondelarroz) for more and, as always, keep it odd!