The Final Fantasy franchise will eventually have to create its final fantasy game..

All of the fantasy games in this article are guaranteed to pique your interest. See for yourself...

Dig out a proper dungeon, grow your little villainous society, set up defences against heroes, and survive long enough to retrieve the Orbs of Infinite Power.

The Wratch has been defeated, they have gone into hiding with the pitiful remains of their army. Now it's up to you to dig out a proper base for The Wratch. You'll have to defend them against the heartless heroes come for easy prestige, and retrieve the 3 legendary Orbs of Infinite Power in order to come back out of the Den and crush human society once and for all.

build your own villainous hide-out

defend from heroes come to slay The Wratch

soundtrack by the amazing Pentadrangle

heroes throw objects in the fountains Play the day-to-day life of the apothecary who lives in Rossenward forest completely removed from modern society. Rossenward forest is home to a number of mystical creatures including fairies, goblins, giants and satyrs, many of whom you consider neighbors and clients. The day is like any other as you tend to the cottage left behind by your godmother, until you're visited by a curious stranger with an urgent request...

Klafka (sheher): A fearless goblin who happens to have strong moral convictions.

Rufus (hehim): A friendly satyr with an insatiable curiosity.

Nimruil (theythem): A beautiful elf whose personality is anything but.

Follow DevelopmentDev Blog TwitterInstagramA Cottage Story is a one woman show made by yours truly, Amy. If you'd like to stay updated and support the game consider joining my Patreon for behind-the-scenes content!A Cottage Story onPatreon(extras, polls, wips, and more) 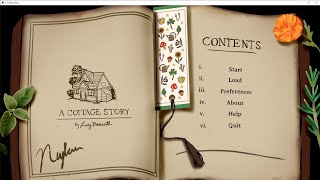 Developed by Exe Create Inc. and published by KEMCO

The count who rules the northern part of the kingdom has used forbidden, secret arts, and raised the flag of rebellion against his king.

Rafael takes up his sword on the orders of the king, to suppress the revolt. But then, the chancellor, who should be at the core of the king's court, starts to act in an incomprehensible way. Beliefs and ambition clash fiercely in the unexpected twists and turns of battle!

Fortify characters with the power of the dragons to fight turn-based battles! Create your own party by exploiting the job change system and customizing weapons and armor as you like! Follow our hero on his treacherous adventure tackling on a multitude of obstacles and battling strange and scary monsters. A new and interactive card-based strategy game!

Using an innovative four-slot system, plan your moves ahead of time. All moves resolve at the same time, and CHAOS ENSUES.

Each unit has their own special skills! Will you play as the tough and hardy warrior, Hiro? Or the magical wizard Aria? Discover the secret behind the King of Heroes! DROWNING, DROWNING is the story of a young girl who dives into the sea. make your way through the kelp forests andmeet the friendly residents of anunderwater city... but were you really invited here just for fun? or was there some deeper reason...?

a full playthrough takes about an hour. there is one main ending.

this game is intended for all ages, but the ending doescontain horror elements and may be stressful for some players. please take care of yourselves!

the soundtrack is available on soundcloud and bandcamp! 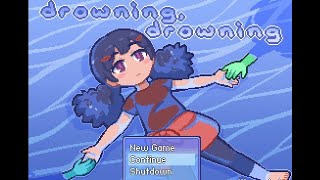 An auto-battler game in which you command the elven Warmaidens to fend off waves and waves of attack from enemies besieging your capital city.

Choosing from more than 30 weapons with unique active Skills and passive Traits.

Warmaiden may learn passive traits from each weapon to permanently improve their stats, but through combat it can be changed into their corrupted counterpart, making it more powerful with drawback in one way or another. Mix and match different traits together to build the most powerful Warmaiden for your team.

Adjust your Warmaidens' weapon to defend against enemy in short term, while learning passive Traits that will enhance your overall strength in the long term.A Single player Auto-chessLess stress and rage from being snatched all the heroes from the pool. All the weapons in the shop is yours! Developed by GFI and published by GFI

In Mystery of the Missing Brigantine you will explore a lot of thrilling puzzles, an amazing story and nice events! Jack Haniken and his friend Elizabeth have gotten themselves in a dangerous situation as they heard about some ancient sunken treasures. Jack sets off to search for it but he goes missing under strange cirumstances. It's up to you to help finding him! Are you ready for this exciting Hidden Object Puzzle Adventure Game? Start your adventure of the Mystery of Missing Brigantine now!

Many different puzzles in various settings

Longterm game-motivation by due to diversified quests Level up your dice, find powerful equipment for them and try to get to the end of the dungeon!If you lose a fight you'll have to start again, so be careful : )

A bunch of achievements and modes

Code design by me

Read Forget About Falling Asleep, These Bird Stories Will Keep You Up - Odd Nugget next.