Gentle music makes the most of love-addled misgivings in Sincere Deceivers' "Hot Handed".

A guitar, a cello and an echt expression of emotions felt in the moment make this track what it is.

Rooftops and sky... You're somewhere between.

You've left it behind... Life lost in a dream.

You set your eyes now on horizon serene. Dark clouds part from beginning to the uplifting end of "Hot Handed". Sincere Deceivers eschew the second half of their name through careful, heartfelt composition and lyrics.

Guitar notes shimmer. Cello notes glow. Vocals melt, warm, and blow, breezy, distant and impossibly near at once. "Hot Handed" isn't heavy-handed in approach. Instead, its magnificently minimalist style presents us with surprisingly moving moments throughout. An uptick from minor to major key creates a rift in feel; a realization of love left alight in a lingering look. Like a breath of air, fresh and balmy, the song's coda compells you to hear it in a whole new light. The mind's eye brightens as the heart's mood heightens.

Consider tuning in to this song should your mood make a moment of quiet appealing. Sincere Deceivers have strung a sincerely sweet song together with "Hot Handed". 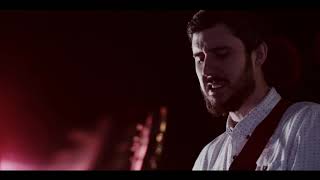 Read all about MARBL's "I Think I Saw You On The Street"...