As the largest country in the world, it stands to reason that Russia would have its own extensive store of extraordinary artists.

Among these are those who find special inspiration in the ordinary. Russia's still life painters of note help elevate the quotidian to awe-inspiring heights.

The artists covered below create or have created some truly beautiful artwork over the course of their careers. Every single painting they've produced is well worth checking out. Nikolay Anokhin has devoted his entire life to the pursuit of painterly mastery.

After extensive studying at both the Moscow Art School and Surikov Moscow Art Institute, plus plenty of private practice alongside Russian Academy of Arts members, he has honed his abilities to an incredible degree.

Anokhin's landscape and still life paintings appear as real as the places and things he based them on, exuding genuine life and depth in every tiny detail. Evgenia Antipova was a renowned Russian Soviet member of the Saint Petersberg Union of Artists.

Antipova's use of glorius color and light within her paintings makes them feel more than real.

Antipova's lasting legacy as a representative of the Leningrad School of Painting includes many fine creations now housed within the State Russian Museum. Eugenia Antipova's work has been offered at auction multiple times, with realized prices ranging from $546 USD to $2,677 USD, depending on the size and medium of the artwork. Since 2011 the record price for this artist at auction is $2,677 USD. Khrutsky's family bore the legacy of the Leliwa coat of arms, making him a descendent of Polish nobility. His art reflects this distant stately connection with palpable regal airs.

Besides still lifes and portraits, Ivan also delved into landscapes and religious paintings produced on commission for Lithuanian patrons. Sergei served in the Great Patriotic War against the threat of imminent Nazi invasion. He was wounded in the process and lost his leg when the wound failed to heal.

None of this stopped him from returning to the life he left behind for battle. He resumed and completed his studies as an artist, becoming a prominent member of the Leningrad Union of Soviet Artists. Sergei Osipov was a member of the Leningrad Union of Artists since 1945.

In years 1949-1979 Sergei Osipov taught in Higher School of Art and Industry named after Vera Mukhina.

Paintings by Sergei OSIPOV are in State Russian Museum, in Art museums and private collections in the Russia, France, England, USA, Japan, and throughout the world. 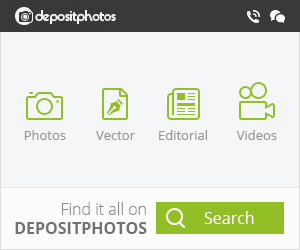