Open world games made by indie game developers and a few indie game studios are listed below. So, give them a go!

Mall of Mayhem is a open world shooter filled with neon, unsuspecting shoppers, and a wide variety of stores. Play as Mason, a assassin from the future with pent up anger, an exo suit, and an arsenal of weapons, all while being stuck in a time loop with seemingly no way out. Destroy everything in sight, collect currency for new weapons and upgrades, and find a way back to your time no matter the cost!Advanced Tech PowersTo eliminate those who stand in your way, arm yourself with exosuit abilities such as a wrist-mounted flamethrower or use the magnetized grapnel to climb up walls and to escape from danger.Living Breathing MallAn open world mall made for mayhem. It has many different stores, including ones fo clothes, food drink, Weapons, entertainment, high-street brands and so on.Reactive AIThe CDF are the time police. They make sure you dont cause any paradoxes or change any events too drastically. When the timeline becomes irrepairable, it needs to be wiped of everything in it, including you!The Time NexusThe time nexus is an interdimensional vessel outside of time and space. Use it as a safe house, to unlock new weapons. replenish resources, train using AI simulations, and equip and unlock new Tech for your exo suit. Chilling dreams of destruction and doom fill your mind. You feel compelled to warn the world, but in so doing are imprisoned by the tyrannous Dr. Funfrock. Imprisoned because of a dream? You know in your soul that you must escape somehow and discover the meaning behind this mystery.

As Twinsen, prophet and savior, you embark on a surreal and suspense-filled journey. You cross continents in your quest to save the world and stop your evil nemesis. At any moment, your enemies may overtake you, stopping you in your pursuit of the Legend. Relentless you must be, for only those who remain pure can overcome the peril that awaits.

Little Big Adventure is a real gem in the genre. There is nothing else like it. The game is filled with surreal action and adventure that will make you laugh many times because you can hardly believe the kind of crazy things they've thought up. So if you are in a mood for a crazy adventure with great story, clever puzzles with more than one solution, and open world then you cant go wrong with this masterpiece of a game.

Well-written story, memorable characters, and surreal environment will give you an adventure you will never forget

Huge world to explore with many secrets to uncover, places to visit, and mysteries to solve

Clever puzzles with multiple solutions: the crazier you think the easier it is to solve them

Parry the cold steel of your enemy's blades, time your blows for ultimate efficiency, stagger your enemy, and execute devastating combos.

Zenith was built to be an infinite universe with countless players. Join parties and guilds as you fight epic world bosses, plunder the depths of exciting dungeons, and build a new life in the most fully realized online VR world ever constructed.

From relaxing ocean side towns to massive white cap mountain tops, every corner of Zenith has been built for immersion. Strings of Divinity The Spell Plague is an open-world 2d RPG with turn based combat, where magic is corrupted and hurts those that use it. You must strategize your attacks, counter the enemy, or just run if you can. Save the world from the 7 tyrant dragons with a friendly little companion, spend your time doing sidequests or grinding for better loot, or just meet new people! Made by Doomlord Interactive

This is the pre-Alpha that is free for the public.

Not all the features we make will be added to itch, but will be available when we release closed beta.

Please join us on discord if you want to help us out!

Outpost: Glacier is an open world survival crafting game, where you maintain a small Outpost in the middle of a frozen wasteland. Scavenge, Craft, Build,Hunt, Whatever it takes to survive the cold. Explore the world and find the many secrets and locations scattered around the world.

Outpost: Glacier is still in early alpha. Many things are still due to change and bugs will appear. We hope you want to be part of our journey to make this game better! Please share the wordand help us make Outpost: Glacier the best it can be.

Want to be part of shaping this game? Talk to us on: 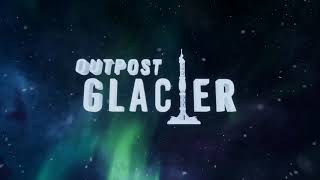 The base game of Mortal Online 2 comes with one month of game time included, after which players will need to maintain an active monthly subscription to continue playing the game. During early access players can play in the closed beta without needing a subscription until the full release. When the game leaves Early Access all progress made during the beta will be reset.

Mortal Online is not like other MMOs. In Mortal Online any player can at any point attack another player and take everything they own. This makes every encounter with another player a dangerous affair that could result in great loss. It also greatly increase the importance of having strong allies by your side or a powerful guild to back you up.

Open skill system with over 600 skills and no character levels.

Massive sandbox world for you to explore and fight over

Mortal Online 2 features a massive list of 600 skills to learn.Most of these skills are learned and leveled up by simply using them in the game and the player can spend points in any skills heshe wishes to learn creating a complex web of possible combinations.

Mortal Online 2 features an action-based first person combat system. There is no tab-targeting or auto attacks. In Mortal Online 2 the players skill really matters and a skilled player will often defeat a player with better equipment.All the combat in Mortal Online 2 works this way regardless if your are wielding a bow, sword or use your mind to cast powerful spells.

Almost all of the equipment in Mortal Online 2 is created by players and then sold to other players. Our celebrated crafting-system gives all the power to the crafter who can decide every part in whatever heshe is crafting creating a mind blowing amount of possible combinations. This way crafters can be known worldwide for their secret and powerful equipment.

Mortal Online 2 is set in the great world Nave. The first continent players will enter is called Myrland and is a boiling pot of different biomes ranging from cold snowy mountains to big open sand fields. Myrland is massive in size and filled incredible resources to find and dangerous dungeons to explore. All rendered is stunning detail using Unreal Engine 4. Made by Broken Rules

You find yourself alone in the mountains of the Alps. Discover strange contraptions, wild animals and the mysteries of an ancient culture. Uncover the Secrets of Rætikon in an atmospheric, open-world 2D game in which you fly like a bird and explore an uncharted world.

Secrets of Rætikon is an action-focused exploration game with an open world. Fly through the savage mountains of the Alps and collect parts of ancient machines. The world is rich in interactivity. Trees, rocks, plants and animals everything is physics based and can be grabbed and dragged around.

Hostile animals protect their habitats and interact with you as well as each other. Use this ecosystem to your advantage: drag a bird of prey to another predator and they attack each other; grab a robin and feed it to a buzzard it will attack the poor bird instead of you; defend yourself by wielding spiked plants or by pushing foes into thorn bushes.

A TITLE OF MASTERFUL MYSTIQUE, BEAUTY, AND PLAYFULNESS", KILL SCREEN 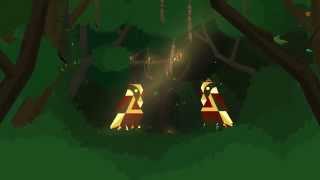 Read Ralph Pelleymounter's "Wild Beast" Will Dismember Your Mind next.