Relax. These New Indie Kart Racing Games are the Stress Relief You've Been Looking for - May 2022 - Odd Nugget You should give the new kart racing games covered below a go if you're up for a fresh challenge and, presumably, plenty of fun to boot!

Snowpainters is an arcade racing game where you play as speedy color-changing penguins. Play alone or with friends, change between colors, race on colorful paint trails, and bring color to a snowy environment!

Choose between three distinct penguins to race against your friends and other competitive penguins! Pick between the light, speedy Rockhopper, the heavy, controlled Emperor, and the well-balanced Adelie penguin. Choose between a plethora of hats to give extra personality to your penguin.

Use a new, unique mechanic to the arcade racing genre. Gather paint cans to fill your boost meter and speed through the track while dropping paint trails behind you. Strategically change your color to match the different paint trails on the track to go even faster!

Play against your friends on 3 different arctic-themed tracks, North Pole, Ice Caves, and Glacier, to see who is the fastest penguin racer! Play on the North Pole, the Ice Caves, and the Glacier with eight total penguins. Wanting to roam the snowy mountains or learn the game for the first time? Play through the single-player tutorial to explore the vast icy tundra.

Snowpainters was made by graduate students at SMU Guildhall as part of their Team Game Project course. The game was designed and produced by a diverse group representing a variety of cultures, nationalities, genders, and sexual identities.

Color Swapping: Change your penguins color to match the different paint trails on the track to go even faster!

Customization: Choose between three distinct penguins and customize them with a variety of hats. Made by Chequered Ink

Hit the asphalt and leave your opponents in the dust in this top-down mini racing game!

Blast your way through a variety of environments in 20 tracks across 5 different tournaments. From crumbling castles to volcanic islands, youll need to master all kinds of terrain to become the worlds best racer.

Play alone or take on your friends in split screen couch multiplayer - which one of you will come out on top?

Compete in Tournament Mode to win 5 gold cups or dive into a single track in Quick Race mode when youre pressed for time.

With 16 cars to choose from and a collection of wacky items to attack your opponents, no two races are the same.

Will you take on the challenge to become the champion of Tiny World Racing? 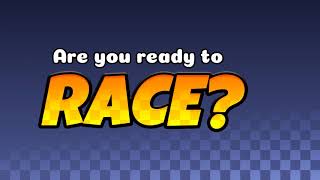 Inspired by arcade racing games from the 90's comes World Racing '95. Race across a variety of locations against tough AI opponents or a friend in local split-screen action. Whether you want a quick challenge in Arcade Mode or you want to sink hours into Story Mode, there's something here to scratch your classic racing itch.

Compete in a single race across a variety of locations against the CPU or a friend. Whether you find yourself racing on sand, snow or even in space, mastery will be required to obtain gold.

Enter the World championships as a newcomer and take on 30 unique missions as you uncover the mysteries of the league's top racer.

94 other racers crowd massive tracks, can you weave through the masses and finish on top?

Drive across an enormous highway covering a variety of different locations, choosing which paths to take as you hit checkpoints and attempt to get to a finish-line (whatever one that may be).

A perfect place to practice your driving. No other vehicles, pass checkpoints to extend your playtime, it's just you against the clock.

Free additional content is planned for release after launch. Elevate your gaming experience: with the freedom of flying, you can navigate through vivid levels and feel like you are in an airborne Mario Kart in the 80s (but better). Buy and customize your ships, pimp your hangar, learn how to use 7 different skills to get revenge on your friends or best the computer: in Neon Wings, you can play with up to 6 people, either LAN or online.Take your racing up to the sky and fly free!THE GAME CONTAINS3 single player game modes: tournament, time trial, and single race4 race types: Knockout, Elimination, Rush and Standard Race5 increasingly difficult tournaments and their reversed versions7 different skills that enhance your experience7 original music inspired by the 80s to feel the heat10 customization options for your hangar (minigames, lights, visual extravaganza)11 custom paints for every ship11 unique maps12 upgradeable ships7 DIFFERENT SKILLSNitro: The ship gets faster for a certain amount of timePortal: Players can shoot a teleport missile to the next checkpoint that teleports them (and anyone nearby) to the following markMoney Bag:Shoots a golden missile that spawns credits on the track (not available in multiplayer)Homing Missile:Shoots a missile that automatically targets an enemy or a mineMine:Places three mines on the track behind the Player. These can damage other Players or deflect Homing Missiles.Shield:Prevents damage when colliding with walls, missiles, or mines.Repair:Repairs the ship to full health 4 RACE TYPESStandard Race: All 7 skills are available. You win by crossing the finish line first.Elimination: All players have increased health, but only one life. The last one standing wins the race, or if there aremultiple survivors, the first to finish is thechampion. You only have Shield and Homing Missile skills.Knockout: Similar to the Standard Race, but in every lap, the PlayerAI on the last place last gets eliminated.Rush:Every power-up transform into a nitro in this mode. Win by being the fastest! Climb aboard your kart and beat records alone or with friends in a unique arcade game!In Karting you will have to beat the AI or your friends in completely crazy races. Try to achieve the best time on maps that go from a simple circuit to a Japanese mountain pass!A large number of cars and maps available for maximum fun. Start a race in solo or multiplayer. Chat live with other players.Victory goes to the one who takes the most risks.Features: More than 14 different maps! More than 5 different karts! Multiplayer! Addictive game physics! Usable Xbox controller! Drive Buy is a cross-play car combat game with a delivery twist.To win, drivers must hustle the most deliveries and shake down rival drivers with powerups. The intoxicating mix of deliveries and rivalries sets the perfect stage for peacocking, surprise and revenge.ONLINE MULTIPLAYER CHAOSJump in to Drive Buy in 4 player multiplayer with friends online or kick back in the same room across multiple devices. Vote on maps, play together or as rivals in various delivery themed game modes.Be sure to keep your delivery pace up and make use of power-ups to earn the number 1 spot.POWER UPDetour from your deliveries to collect power ups! Use them to Destroy, Freeze or Steal credits from rival drivers. 1-up the competition with homing missiles, sticky mines, freeze rays, coin magnets and more that are all at your disposal. Retaliate with well timed blocks and dodges. Even turn the tide with skillful mine flicks, rocket shocks and remote detonation.DELIVER IN STYLEWin on the leaderboard and on the streets. Outstyle the competition with unique customisation options per character: vehicle skins, flashy wheels and boost trails. Earn new stuff by levelling up and taking part in BuyCorp challenges.REVENGE MUCH?Throw up some emotes to let the other drivers know what you're thinking! Orchestrate satisfying take-downs and rub it in with emotes.INSPIRATIONSDrive Buy has been inspired by legendary games like Twisted Metal, Rocket League, Vigilante 8 and Mario Kart: We took the grit and twisted humour from Twisted Metal. The customisation options and depth of play from Rocket League. The personality and tricked out cars of Vigilante 8. And the powerups and accessibility of Mario Kart. Let me tell you about my game, it's name is "Racing League" and it's aim is to bring the Mario kartexperience to the PC and it's 3D so, here's my pitch it's on itch I ain't getting rich as it's free.

Are you ready for the Mario kart experience on the PC? 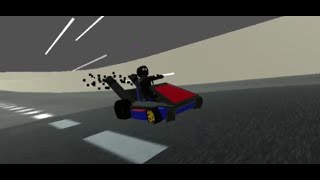 Read How Cool Are Saul Cuevas's Crazy Illustrations? @me_as_saul next.