The trucking industry probably helped sponsor in some way all those trucking simulator games to get more people into the trade..

Does the perfect simulation game actually exist? Hell if i know, but these picks look great...

You can enjoy tennis with a natural swing, with the controller as a racket. Especially for experienced tennis you can enjoy a very realistic feeling of operation. You can set details such as the height of the player, the height of the hit point, grip, etc., and you can play with your own style. By nurturing computer characters, you can nurture strong players. Since the character learns by artificial intelligence, you should become an excellent trainer and grow characters. Besides network fighting, we have a watching mode that allows nearby players to watch the battle situation. Not only the person wearing VR goggles but also the people around can share fun. Made by Pirate Chip Games

Nothing like a hot cup of joe before the morning meeting.

Your goal is simple. Just keep your eyes on the screen, keep typing away, and do whatever your boss tells you. Also don't drink any gross coffee that might show up. (A totally realistic depiction of working in an office.)

F11 for full screen - Mouse to look at stuff - click when holding drink - Game is in English - playtime only 5 - 10 minutes - if you can't figure out what to do, just relax, look around a bit, and sip some nasty coffee.

This is an experimental game that I made for practicing 3D, as well as to see if I could make a game that actually used voices.

Would love to hear what you think!

If you want more weird stuff, follow us on itch! 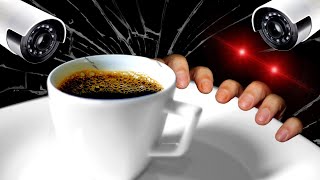 In 3000 ad, demons invaded the earth. You will lead a modern force to fight against demons, including aircraft armor, tanks, aircraft forces, and bomber support.

Demons have a powerful magical civilization. A magical dragon has the destructive power to destroy the whole city.

Shrem: the appearance is harmless to humans and animals. Although the attack power and defense power are not dominant, its huge number poses a great threat

Skeleton Soldier: the summon of skeleton mage and loyal soldier of magic

Stone Man: you have the split magic. If you don't destroy the split first, will summon endless stone men

The game is level type, and the latest level will automatically challenge the next level.In the game, the difficulty is gradually increased after the 10th level, and the playing method of customs clearance is biased to tactics.Checkpoints include annihilation war, Sniper War, defense war, siege war, etc. there is only one task: annihilate all enemies and win.

a simulator of meditative purchasing and selling bitcoins with pleasant music will let you relax and escape from your everyday life. As a market simulator is a randomly generated trend with the set terms you will have to deal with by your own efforts if you want to increase

There are also two modes - "Normal" for true relaxation and withdrawal into your consciousness and "Hard" one is for a true judge of games' challenges.

The concept of the game is very simple and non-trivial - you shouldn't be afraid of bankruptcy or thirst for wealth, all you need to do is just let loose and relax.

Bitcoin Chill is a perfect opportunity to try out the very essence of trading in its purest state, with no complex interfaces, continuous state of exploration for "information" and a lot of hours spent in order to understand how does it work.

Bitcoin Chill offers you nice graphics, music and gameplay for the sheer reason of enjoy the simulator. Made by The Zium Museum

The Zium Gallery is a MuseumExploration Game filled with artwork and installations from artists around the world, working in various mediums and styles. 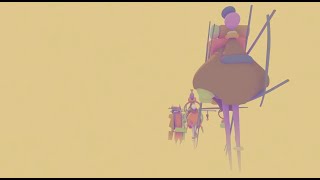 A Tale About flowers is a short Visual Novel located in a cyberpunk city where you play as Canaan, a young investigator. As you investigate a murder you uncover some secrets you shouldn't have. What will be your fate ? Follow the story by clicking through the dialogues of the different characters and make important choices to get one of the 5 endings. You may want to live the optional romance available.

30 minutes of gameplay per run,

A lot of important choices which affect your story,

A cast of interesting characters.

There is no save system in the game, make sure to have enough time to play. WILD WEST - is a hardcore 3D shooter with survival elements where you will have to fight various enemies playing as a sheriff James. The main aim of the game is endless struggle between evil and good. You will have to clean enormous locations from criminals, seek gun and ammo, keys which will help to do next levels. At the you are given three different kinds of gun that will help you allthe time. But be careful-your cartridges can end up at any moment and your destiny will be done!

Think of your every step, every move, save cartridges, do the levels. You will enjoy the Wild West atmosphere!

Large levels with lots of enemies Made by Team Terrible

The White Rabbit update - Out Now!

Follow the White Rabbit and escape the baby in this new update.

DOWNLOAD FOR FREEOR DONATE! Join us on discorda baby sitter you have to deal with some unruly children.This one might be your last....How long will you stay in control?Originally made in 48 hours for the GMTK Jam 2020v1.4The biggest update yetAccess the elevator and try and escape the babyNew areas to exploreMore scary contentAdditional gameplay mechanicsNew ending 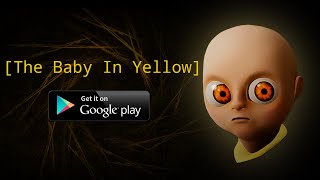