There are more beat 'em up games now than ever before! If you're looking to score a great game, look no further than these picks...

Rakuten is a physics based space shooter where you pilot your own rocketship, shoot down enemy spacecraft, and unlock upgrades to further increase your capabilities and available weaponry. Fight it out against your friends or team together in PVP and PVE gamemodes.

Pilot your rocketship, left or right to steer, forwards to accelerate

Shoot down asteroids, bots and players

Upgrade and improve existing 'enhancements' to improve your stats

Online multiplayer up to 8 players The full version ofBROK the InvestiGator is coming soon (2022)

Narrative-driven adventure game that blends action and investigation in never-before-seen ways. Will you use your brain... or your brawn?

In a futuristic "light cyberpunk" world where animals have replaced humans, privileged citizens live under a dome protected from the ambient pollution while others struggle to make a living outside.

Brok, a private detective and former boxer, lives with Graff, the son of his deceased wife. Although he could never elucidate her accident, recent events may shed some light on an even more tragic outcome... one that may be linked to their own existence.

Will they be able to withstand the threats of this corrupted world and face their own destiny?

The first game to combine a "Classic Adventure" with "Beat'em up" and RPG elements!

Solve puzzles with your wits... or muscles!

Level up to beat enemies and bosses

Combine clues to uncover the truth!

Please note : The prologue is only available on Windows. Mac and Linux versions will be worked onafter the full game release. 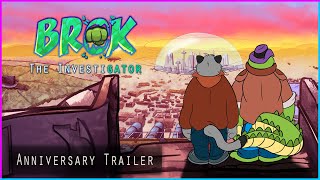 Action game based on the decade of the 80s and the Cold War period. Inspired by historical events, movies, writers, video games and much more from the 1980s.

Your mission is to sabotage the different military secret bases in the world. To complete your mission you must put explosives in the assigned places and escape from the place.

The objective of the game is to enter the enemy base, find the enemy's secret files and destroy the place with explosives. For this you will have a limited time before the enemies find you.

In this version of the game you will have to complete the following missions:

Find the secret files of the corrupt dictator of the Republic of Santa Elina. You will have to find and place the explosives in the office of the "Presidente" in the Presidential Palace before leaving the place.

Find the diskette with the ballistic missile codes at the Soviet nuclear plant. Before leaving the place you must put the explosives in the Control Room to stop the production of Soviet nuclear weapons.

Mission in the Republic of Santa Elina (1981) Made by Robert Yang

Dream Hard is a shorttwo-player co-op queer-themed beat 'em upgame. In it, you must defend the local NYC queer performance space The Dreamhouse from hordes of fascists. The retro-style 3D graphics imagine a history of queer punk games in the late 1990s, connecting those politics of resistance to today.

This game was made in 1 monthfor theThe Dreamhouse x Death by Audio Arcadecollaboration jam in May 2018, where DBAA built a unique "DreamboxXx" arcade cabinet for The Dreamhouse,with specially crafted games made by local queer designers and developers.

can you defeat all 8 waves of white supremacists?

players: 0-2 (AI will playif left alone, and might even beat the game!) 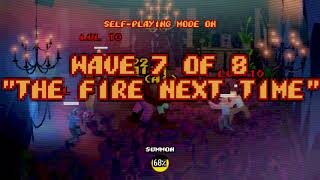 Made by En Garde!

If you like En Garde!, you will love what comes next! Follow us and stay tuned for our next game's announcement:

En Garde! is a swashbuckling action-adventure game setin 17th century Spain. Play as Adalia de Volador, anoble impetuous swordswoman! Your palace has been seized by a mysterious mastermind and his hoard of guards - you will have to defendyour family's honor!

Fight with your rapierand acrobatic moves against numerous opponents, anduse the environment to your advantage in an intuitive way(every object is interactive, from tables to chandeliers!). You can even use your sense of repartee to taunt your opponents.Combat is a spectacle and should be done with panache!

This En Garde! prototype features story-driven action in an open level (the Volador's Palace) for a total play time of about 30 minutes.

En Garde! was made as a student graduation project by a team of 8 students from Supinfogame Rubika (France).The game is powered by Unreal Engine 4.

Please note that you need a good PC to runEn Garde!.The current version might be poorly optimized for your PC, or there might be some bugs. We are sorry for any inconvenience you may encounter. !

The game plays better with a Xbox gamepad. Gamepad Controls are explained and displayed in-game. However, if you don't own a gamepad and would like to play with your mouse and keyboard, here are the controls you need to know: 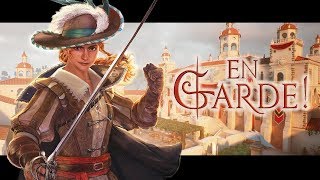 Read Christmas Art Worth 'Hearting' next.