Space games will be way less fun when humans begin colonizing other planets.

These space strategy video games are pretty solid. Take a look and take your pick!

Developed by Xenon Lu and published by WELOVEBOT CO., LTD.

Travelers in Space Crack is a survive PC game in deep space. Explore in different galaxy through space cracks. To find and gather useful resource, to trade and make money are all important to develop your own fleets. And only through build massive fleets, you triumph over the unknown evil forces.

Game scripts are editable. You can modify any content of this game if you are interested. But if you use personal scripts, steam achievements and leaderboards will be disabled.

Build your own planet base

To scan and gather useful mineral information of a planet. You can build some mineral mine there. If you have some blueprints, you can also build factory and produce resources you need or to sell them. There are many special projects to be built. For example, the space telescope helps discover distant planets. Stargates help to teleport ships to any planet. Space probes help detect enemies from deep space.

There are different kind of ships you can build in the ship factory, ex. battle ship, laser station, cargo ships and scout. Ships have different kinds of weapon.

The evil force that comes from deep galaxy are trying to destroy all civilization in all planets they found. At the beginning, you may not have enough strength to fight with them. So to escape and to hide are good ways. When you have large fleets, you can play a force leader to protect your alliance too.

You have the ability to travel through the cracks in space. So you can walk through it and find a new planet to survive. Some cracks are closed and you have to defeat some bosses to reopen it.

Meteorites sometimes drop on planets where resources can be collected. Sometimes, some space junk also falls off. You can get some special materials or ships from it. You can build some orbital jammers, it helps to get bigger meteors. These Indie Games Take Space Strategy To Another Level - March 2022

RogueCraft Squadron is a fast paced real-time strategy space adventure with roguelike elements. Play as a squadron commander fighting against a hostile alien race; collecting resources, researching new ships, and building an armada as you fight to survive against overwhelming odds.

Roguelike gameplay. Death marks the end of your mission.

Build a wide variety of fleets with over 15 different ships to unlock.

Deep strategy elements. Carefully manage your fleet and resources to defeat your enemies.

Dynamic musical score that changes as you play.

Scroll down to try the demo! Try the multiplayer fun with your friends!

Adapted from the LoveJam 2017 version of RogueCraft Squadron. You can check out the early prototype here. 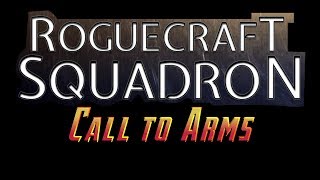 As a new guy, he is so nervous to report to his direct boss that he has never met before, but he didn't expect it to be a stern female boss like a queen. But this is what it looks like, but in reality, no one knows about her inner feelings. Challenge her bravely, and you may find out her secret.

This game is a casual game where you can control your demon boss by flying and jumping, avoiding many obstacles to reach the end, and gaining her favor.

If the controlled character collides with the obstacles, the game will fail.

Variety of costumes and props.

Click on the upper right to learn more about the new game, and there are beautiful CGs waiting for you to discover, as well as hidden badges and surprise achievements to unlock.

We are Lovely Games, Focus on us not getting lost Developed by CodeForce and published by Slitherine Ltd.

Distant Worlds 2 is a vast, pausable real-time 4X space strategy game. Experience the full depth and detail of turn-based strategy, but with the simplicity and ease of real-time, and on the scale of a massively-multiplayer online game. The Universe is Yours!

Huge Galaxies with up to 2,000 star systems and tens of thousands of planets, moons and asteroids are yours to explore and exploit, whether peacefully through mining and diplomacy or by conquest! The complex process of generating a galaxy ensures that every new game will be different and the many galaxy setup options ensure incredible replayability as well as the ability to have your game be just the way you like it.

Galaxies are so deep, fun and immersive that you wont want to finish the game. Choose from seven playable base game factions which cover a wide variety of playstyles. Build, expand and improve your empire while playing through the storylines, with victory conditions or in an open-ended sandbox mode. Each galaxy is packed with life and activity. Encounter other empires, independent alien colonies, traders, pirates and space monsters. Explore star systems, asteroid fields, galactic storms and black holes. Discover evidence of civilizations long since past, uncovering secrets about the galaxy's troubled history...

Intelligent automation allows you to tailor the game to your preferred playstyle and scale. Decide how much you want to control and which gameplay areas suit you best. You can limit your focus to just one ship or expand it all the way up to everything in a vast galactic empire. Let your advisors and the intelligent automation handle the rest!

A Built-in Game Editor allows you to fine-tune your own galaxy, adding or removing star systems, planets, asteroids, ships, star bases, space monsters or anything else. Modify the attributes of any empire in your game for the ultimate custom experience.

Extensive In-Game Help is included. Exhaustive, built-in, context-sensitive help is always only a single key-press away. Press F1 at any time for a detailed explanation of the current game screen, your currently selected item, and so on, or just browse the complete Galactopedia

Tutorials are included to quickly familiarize you with all of the game elements and tools.

Best of all, these all combine to let you play the game your way: enjoy a quick, intense game in a crowded sector of space or take your time in an epic game spread across a vast galaxy! Made by Ray Fowler

Remnants of the Precursors is a modernization of the 1993 strategy game "Master of Orion". You will play as one of 10 unique races and lead them to galactic domination or, if you fail, humiliation and defeat. Micromanagement is minimal and the gameplay smooth and streamlined.

Please join theROTP discussionat www.reddit.comrrotp to get the latest news on upcoming features, player mods and discussions about strategy.

You can also subscribe for release and kickstarter notifications.

Remnants of the Precursors is free to download and play, but anyone who wants to contribute to the ongoing development of the project will have an opportunity to do so when clicking the "Download Now" button. Payment is completely optional, but appreciated.

Alternatively you can follow the development process in great detail at: 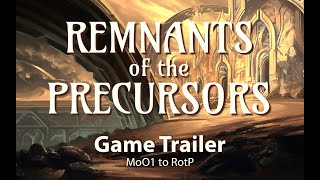 Aiming to fulfill its expansion instinct, humanity created an A.I. which controls and manages all necessary resources to expand the human race throughout the galaxy. Soon, a fatal flaw in the A.I. "PharOS" code was discovered: it could not and would not stop expanding.With the hope to halt PharOS expansion, the human race depends on "The Ignited Steel program, a plan reliant on outdated technology which PharOS cannot control.Old Mechs from past wars are now humanitys only hope.Attacking and moving mechs requires energy and can overheat the mech. If overheated, mechs output more damage while being more vulnerable to enemy attacks.A key element to gameplay is finding the perfect balance between damage and vulnerability.Pilots from every corner of the universe volunteer to the Ignited Steel program, each bringing their unique personalities and tactics.As the Ignited Steel program regains control of the galaxy, new pilots will join the cause against PharaOS.There're 3 types of mechs: Juggernaut, Stalker and Javelin, each with their own advantages and counterplay.Mechs are built using unique modules each with their own purpose. As the Ignited Steel program liberates the galaxy, they will earn and purchase new modules with unique traits.The galaxy is full of contrasting planets and stories to be told. By jumping from node to node the ignited steel program will discover the galaxy's stories, and add new modules and pilots to the crew. New planets, pilots, modules, events and missions in every playthrough!

Every second that passes there is a space home owner that is being tortured by Pirates, Mercenaries, The Empire or just the harsh conditions of space. Get Off My Space! tells the stories of selected few. Equipped with the strongest artillery they could find, these space home residents fight for their lives and homes. NEXT JUMP is a turn-based, tactics Shoot 'em up for people who are bad at SHMUPs, but love them.

Do space-jumps and chase the vicious Dragons who stole all the stock of Beverage from the Galaxy and now are running away!

It's a Tactics SHMUP!

Be a pilot of the Bastards Federation: A group formed by the Elves, Humans, Dwarves and Orcs who used to live in peace, sharing their love for all Beverages.

Your mission: JUMP! Chase the Dragons and stop them from running away with all that is most sacred to the Bastards by jumping from sector to sector, facing hordes of enemies in turn-based battles!

Each Sector is a Board! Each given "JUMP" represents a new combat board generated procedurally, simulating combat situations only seen in SHMUPs!

Pick from SEVEN playable Ships, all inspired by classic weapons: The Ballista, Dagger, Hammer , Staff, Sword, Shield and a Secret one!

Equip and Upgrade your ship with different weapons and accessories that change the combat dynamics!

Not only inspired by the classic Shmups and Bullet Hells, it's also influenced by tactical games like Final Fantasy Tactics, Jeanne d'Arc and Roguelikes like FTL and Crypt of the NecroDancer.

Like the classic games of the past, it has a complete MANUAL, accessible within the game! 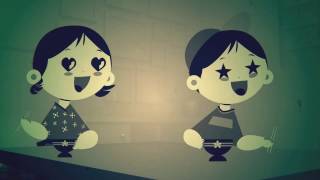 Read Indie Racing Games are Great - Get One of These - January 2022 - Odd Nugget next.