Managing your health is the same as managing fuel and tires in racing games..

Epic racing video games like these are totally worth taking a closer look at...

Single Player OR Multiplayer Jet Fighter Game with OR without A.I. Bots.

Fly different Jets (Including SR, B, F and SU).

Up to Players ( each team) and up to A.I. Bots on Each Team.

NOTE: Use the Slider Bars in the Menu to set the of Bots.

Use Guns and Missiles to defeat the other team to win !

Climb Your way to the top, shoot and hunt enemies in a multiplayer match up to players.

You will be challenged to determine the best pilot who destroys the other jet fighters.

Take Your Jet to new heights, the sky is NO Limit ! Check Out All of These New Indie Racing Games - January 2022 Made by Sailboat Studios

Traction Control is a downhill exploration racer where only some of the laws of physics apply. Drift, jump, flip, boost, roll, and grindin a skate-park for cars.

We currently have unique cars which facilitate a wide range of play styles. Cars have different speeds, jump heights, and handling parameters. Whether you are breaking land speed records or setting high scores there's a car model for you!

Traction Control features two types of levels. Linear levels used for racing and freestlye competition, and skatepark inspired sandbox style levels. Levels are packed with obstacles to master and new routes to discover! All levels can be explored in free play and comes complete with a unique set of challenges to complete and paint jobs to unlock!In the latest alpha build, there are linear levels and one skatepark sandbox.

Every level in Traction Control comes with a set of unique ring challenges to test player skill. Completing challenges earns car paint jobs, which can be applied to every car. Easy challenges are a great place to start, but players who want to complete the toughest challenges will have to master the controls. Ring challenges offer a way to practice your driving, uncover new routes and unlock the most unique paint jobs.

The linear levels in Traction Control are where primary competition takes place. Players compete for the fastest race times, or the most points in a single run. Scores are tracked for each day, week, month, and all time! Players will need to sharpen their skills and find the best routes to earn a top spot on the leaderboard! Sphere Game Epic is the newest game of the "Sphere game" franchise with totally improved graphics and gameplay, pass the stage by controlling a lightly heavy sphere going through obstacles to earn coins and with new jumping and moving camera mechanics.

Skins for customizing the sphere. Made by Foretell Studios

DIRE is a VR survival car chase about a single mother in a dying world.

Playing as Ember, a woman damaged by mysterious circumstances, you need to stay ahead of a toxic sandstorm, while avoid attacks from your nemesis Rustborne. By strategically using the limited amount of nitro and the rear-view mirrors, as well as navigating the treacherous landscape in an effort to lose Rustborne, you can live to see the end. In general, the focus of driving in DIRE is survival, not racing.

No headset, no problem! Non-VR gameplay is also available.)

Your head: Look around and watch out for danger! 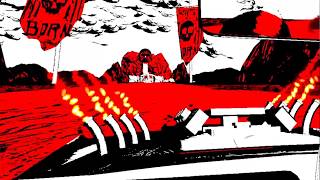 RMB Knowledge park - All world - Is a unique project, consisting of a large educational and entertaining park for children ages and up, as well as preschoolers!

This game consists of over formative levels and different objects, words, and animals!

The uniqueness of this park is that your child will be able to learn the English language, the alphabet, counting, colors, shapes, and much more from an early age!

Every level is voiced by a native speaker, so that your child will learn and remember the correct pronunciations!

For the first time ever, children and infants will be able to learn through traveling across the cities of the world, and this formative game for toddlers has become more informative and educational than ever before.

The game will help your little boys and girls to:

familiarize themselves with numbers and learn to count,

learn the alphabet and new words,

learn to identify, sort and group,

develop their reflexes and imaginations,

distinguish the correct rhythms and bits (beats?) to music,

And so much more!

This is an entertaining game from the world of knowledge and adventures, that children absolutely adore!

Our games have been praised and recognized by millions of children and mothers around the world!

The game consists of three famous places on Earth. Each zone is themed and stylized based on different cities on the planet, easily recognizable through their famous features and landmarks: San Francisco, Paris, and Moscow. In every game, your children encounter a variety of fun characters: Fluffy Chick, Glamorous Kitty, Cool Panda, Clever Heron, Funny Pig, Friendly Dog, Cute Rabbit.

Knowledge park , consists of over formative levels and different objects and animals. Together with the fun protagonists, the children will have a blast in entertaining adventures in: Funny Factory Pizza, Candy Museum, Dino Museum, Extreme Ski Race, Magic Beach and many more, where they will draw and solve various puzzles!

Knowledge park , consists of expansive levels and over objects. The simple and intuitive controls provide a wonderful and easy introduction to counting, sorting, classifying objects, colors, as well as learning numbers, letters, clothing items and so much more!

Knowledge park , in this game, your children will learn all about music in the Musical Adventures zone, getting introduced to kids TOP music genres POP, HIP-HOP, ROCK, JAZZ, CLASSIC, alongside styles, clothing, and rhythm! Theyll be able to take a dip into the world of imagination in Funny Race and create their own cars in their own styles!

And then theyll race on different race tracks, which wind through snowy mountains, on sandy beaches, through green forests, collecting rewards such as stars, paints and stickers made of letters, numbers and shapes. Start racing with your friends now!

We create games with care and attention to the needs of the youngest children, with cooperation from specialist teachers and psychologists, with progressing levels of difficulty.

Thanks to this design, children can quickly and easily immerse themselves in the games and learn the essentials without any stress or time limits.

We pride ourselves on no Ads! The kids will have fun while learning!

Were constantly adding new, educational games to our app stores around the world, which you can find on our website and following our social media pages.

Start your journey of endless fun and education now !

Thank you to everyone who enjoys our games and supports us! Take to the Skies in VERTICAL SHIFT

A VR Esport unlike any other. Fly through the arenas equipped with your Zenith Suit, an advanced movement system. Your Zenith Suit is equipped with Grapple Hooks, Jet Packs, and Gliders, giving you ultimate control over your flight.Vertical Shift features multiplayer gameplay modes. Each mode can be played with up to ten people with crossplay.Freeze TagTeam up and work together for this fast pace reimagining of everyones favorite playground game! In our premiere competitive mode, two teams will face off in ten-minute matches. Each player is equipped with an EMP blast, which will freeze the other team in their tracks. Keep an eye on frozen enemies, the EMP blast can also unfreeze your teammates! The first team to ten points wins!Hot SeatPlayers compete in a free for all to capture and hold the Hot Seat! Steal the hot seat by tagging the golden player. Keep the Hot Seat by moving quickly! The player who holds the hot seat the longest wins!InfectionOne player starts as infected and hunts down all other players. Every time a player is tagged, they join the infected. You can run, but you cant hide.RaceSwing through a series of obstacles and compete to be the first across the finish line!Vertical Shift also features a single-player campaign! Explore the City of Orion, a futuristic metropolis on the brink of collapse. Join the resistance and help take down the evil government through a variety of missions and activities. Or just swing around and take in the sights!See you in the Arenas! Karts WithChatallows you tocustomize the look of your game super easily using texture mods. Here's an example of the game with a monochrome-looking texture mod:

Enter to StartStop the race

At the end of a race the full leaderboard is copied to your clipboard.

If you have any questions or something breaks feel free to leave a comment inBug Reports And Support.

Tiny fix to prevent races from getting stuck in autoplay.

Read Create Colorful New Music With the ContinuuMini next.