When a spider enters your house, you either think you're in a survival horror game or the spider is actually in one.

Horror games can be great fun to play. Take a look at these awesome picks and pick up your controller! An extinction event rendered a life-bearing planet to still silence. Millennia later, deep beneath the planet's surface something is stirring....

Born into a nightmarish fever dream, the Entangled One must fight its way through diverse, visually striking environments from a blasted wasteland beneath an eternal eclipse, to mutant filled crevices, and the putrid guts of the underworld. Motivated by survival. Pulled ever forward by something beyond understanding. The Entangled One must slay the godlike Primordials to reach the source of it all: The Primordial Mass....

Experience a strange horrific world unlike any other.

Use sub-attacks to augment your playstyle.

Brace Yourself for the Best New Indie Horror Games - February 2022 You go to the local supermarket every day, but you notice that something changes. You should figure out the truth about this place 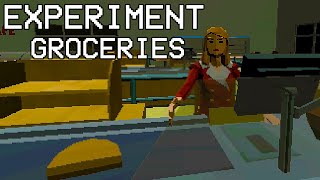 You are a magical detective who has received an invitation to the annual Venice Masquerade. This is an important event for magical creatures because they have the opportunity to move freely around the city. The beautiful masquerade ball ends when an evil magical creature appears and ruins the whole party. It's up to you to find out who this mysterious stranger is, who can bring statues to life? Where does he draw his magical power from to bring the two worlds together? And most importantly, can we stop him?

More fascinating mysteries are waiting for you to be found in this Hidden-Object Adventure Game!

Prevent an upcoming conflict between humans and merfolks in the Bonus Chapter!

In the game, you control fighters as they travel through different environments, clearing the screen of enemies.

The gameplay is clear and simple. You control a character where you can walk and use punches to combat with enemies over the levels.

When you kill all enemies you go to the next level.

One Character to choose and play

Levels with different themes and enemies You must collect all items in order to escape.

But you are not alone...

I had an idea based around making a cursed game about Mr.Incredible becoming uncanny, andI deeply regret making this.

HOW TO PLAY:Use WASD to move.Press L-shift to run.Press E to pick up items.Press Left click to turn on off your flashlight. 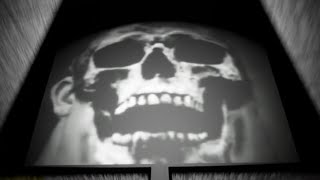 KAREN SEES is a chaotic, fast-paced horror game inspired by the hundreds of Karen-sightings done in the past few years. You play as night guard Bob whos mall has been broken into by a monstrous Karen, out looking for you and the manager's blood!GAMEPLAY: Taking place in a giant, spooky shopping mall at night, you must find and destroy the complaints plastered all over the mall using security cameras and other tricks to survive the night, without getting caught! Karen is enraged, fast and armed with vicious words as well as her knife with an AI designed to be as demeaning and horrifying as humanly possible. Destroy the notes and avoid the wrath of Karen, to save your life before dawn!FEATURES: Survive the night by using cameras and other tricks to avoid getting caught, explore the giant mall with your choice of difficulty, randomized note locations each time you lose to the vicious Karen-AI. A short, terrifying story, achievements and more! Pillars of Sorrow is a top down twinstick shooter, where you fight your inner demons while trying to regain your former self. After something vile happened you will be fighting tormenting thoughts, emptiness and apathy as a lost soul. Will you be able to free your mind again? Made by Robert Dolega

You woke up at night in a forgotten and haunted place...

You have to find a way out, and you have to do it silently...

Unfortunately the further you go, the worse it gets...

But sometimes it has to get worse first before it gets better...

Try not to be SCARED TO DEATH! 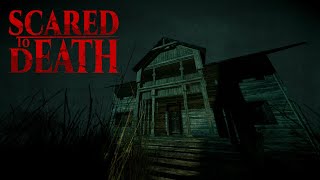