These fantasy video games are pretty solid. Take a look and take your pick! Welcome to the first chapter of Essence Of The Tjikko !

As an plant-child hybrid with a hummingbird friend, solve puzzles in an enigmatic botanical lab tower.

Unlock secret items and hidden upgrades and you may see the light of the sun.

This game is the prologue version, and can be completed within 1 or 2 hours.

This episode is complete on its own and is the first part of a bigger story.

As a sprout, upward is the only way !

Follow the hero in its quest to understand its origins and the connections it has with other plants. They react around it and the hero can feel the ether flowing around. Its health is also its stamina, so you need to take care like a fragile bud.

This 7 floor dungeon hides many secrets, and good luck to unravel them. Use your abilities to spot them and make your way to the exit. Every way is the right one, and you might find rewards around the corner.

Plants can have strange shapes, but this laboratory has some really weird ones. Computers, doors, cable cars, bridges, chairs, ... You will explore a vast cabinet of curiosities ! But first, you will need to understand their operation if you want to progress.

With the old tv ratio, low fidelity textures, and sharp 3D models, this game is a love letter to 2000's 3D games. Nostalgia wont recreate the past, but can amuse the present...

1. Interwoven Narrative -Explore a vast world from the perspective of eight heroes each with their own stories. Fully realized world with unique cultures across different nations. Characters, both main and supporting playing a pivotal role in how the story unfolds.Defeat challenging foes with your reflexes on move inputs as well as knowledge of their weaknesses. Forge bonds with the denizens of each nation and unite them against those who threatens the peace.

2. Not Your Everyday RPG - Want aturn based combat system that truly emphasize on execution and planning? Not a fan of padding and repetitive battles? Kindred Novel offers no million-healthed bosses nor stats gated challenges along the main story.All progression are unlocked through exploration and beating challenging foes. Enemy balance and player strength are tied to the demand for player's reflexes. You are your own 'New Game' as all skills acquired will carry over to all of your future playthroughs because it is your own skill and not that of the in-game avatars only.

3. Player Expression -Balanced system between the tactical, strategic sense of turn-based combat with the stressful yet adrenaline fueled action of what the characters are up against canonically. Survey the battlefield before entering the input phase to execute your plans in a precise fashion. Can you keep your cool under the heat?

4. Advanced Skill System -Every Job Skill in the game has 2 variants that can be access through the input. Hitting the falling weapon with the lightning will grant the chosen skill, power, bonus attributes, target scope or even entire reverse the effect.

5. Meaningful Encounters -Tired of palette swaps with more stats?Each and every one of the foes are balanced by their behaviors and their access to their own thematic skills. Upon defeat they maydrops a unique gear, bearing their name called a 'Warprint'that allows you to wield their signature powers when equipped. Had a cool battle with a monster you really like? Try to obtain its 'Warprint' and use their strategies against future foes.

6. Wide Pool ofJobs to Mix and Match -Choose a party of four within a cast of eight unique characters, each with their own resource management playstyle as well as having roles they excel in. Discover augment jobs that allows for a huge possibility of customization to play to your strengths or to cover for your shortcomings.

7. Want Only Gameplay? -Bonus 'Roguelike' game mode for those who wish to immerse in the combat aspect of the game and test your mettle. Unlockable 'Freeplay' mode within the demo chapter for those who uncovered all the secrets within the areas available, where you can re-fight one off battles from the past.

NPCs that remember the player's behaviour The 1000 years of the defeat of the dark god, the kingdom of Azputa will have a feast of remembrance to celebrate their victory and their warriors for fought for the realm, but there are those who still worships the dark gods and secretly they planned to open the ancient gates of forbidden unleashing mayhem to the realm of men. The masked ones they are called. But to free the dark god they will need the blood of the old kings whose bloodlines are kept secret.

You will play as Nahele, a young warrior with the old bloodline of kings as he embark on his journey to safe his twin sister from the hands of the dark god. Travelling through portals to different realms to find his way to the dark world.

Heart of a warrior is a quest driven adventure game, the main objective is to survive and complete the quest. To survive in this world, you will need to gather as much loots as possible, which you only get when you defeat an enemy or from hidden loot boxes scattered around the world.

Dialogues and Interactions with AI

Interact with the AI's by approaching the said AI. Dialogues with AI are text based and drives the quests.

The Skills depends on the weapon of choice you choose from the Inventory, The arch sword comes with it unique skill and so are other weapons of choice that you retrieve from the world. There are two types of guns available Long gun(sniper) and Short gun. The long gun is used to target enemies from far distance and the short gun for enemies that are close by.

There is no crafting system available in Heart of a Warrior at the moment but can be included in feature updates. All weapons are already made and available for players to use.

Heart of a Warrior is set in the great world of Azupta. The first continent players will enter is called azupta , it is the realm of men and contains the gates of forbidden. The land of the Halflings is the second world the player will encounter and is a massive vegetation containing different types of creatures friend and foe. In total , there are 5 realms to visit (The Realm of men, The world of the halfling, The cursed lands, he desert world and the dark world) all rendered is stunning detail using Unity3d game engine. This adventure game with strategy and management elements, interesting quests, and hidden objects will entertain you for several days. Build things, participate in battles, use magic items, and brew potions. A whole world will open before your eyes... a world on the brink of disaster.

Strange creatures living in different locations await you. Some of them will help you, others need your help, and others will take a liking to your head...or, rather, your fresh brains. You will visit quiet villages, snow-capped mountaintops, impenetrable forests, and foul-smelling swamps. But one thing will remain the same - adventure awaits you everywhere!

Collect everything that isn't bolted to the floor. Dwarves don't mind work, but they won't lift a finger if they don't get normal food. You can't build a mill out of sht and sticks, so you'll have to search for the appropriate material. Keep food stocked and your world will expand!

Build bridges over turbulent rivers, build docks in the swamps, repair buildings, and build new ones. Mills will provide food, sawmills will provide building materials, forges will improve equipment - and you can always sell the surplus at the market. All building styles and colors await you in the game.

The people living in this world have always had many worries, and recently they've had more than usual. Try to help everyone, and the reward will be forthcoming. You can also always count on what's most important: sincere words of gratitude.

You can get much further with a kind word and a sword than you can with a kind word alone. Hire experienced soldiers, upgrade their armor and weapons, fight, and conquer. Solve all problems as effectively as possible.

Not enough food or materials? Is your crew dying from their wounds? Did the workers decide to create a union? Magic items and potions will remedy the situation! Save up your gold, complete quests, and open chests. There are many ways to get magic items.

To content makers: If you have created a video, article, or any other type of content concerning our game, please let us know. We are grateful for any feedback and will be sure to put a link to your content on our site and on social media.

Many thanks to everyone who has played our game and given us feedback about it! We have read everything carefully and will take your words into consideration when doing further development. We would be happy to continue hearing your opinions. What do you like, and what is annoying? What would you like to see in the final version? We look forward to your reviews here, on Facebook, or YouTube. 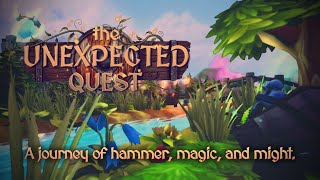 Run Ninja Run is a runner, where you are a ninja that will run, jump, slide and throw shurikens to get the highest score but first you have to collect all 4 scroll. Unknown reasons cause the world to collapse, and the remaining people restore order.

Rebuild civilization in the waste soil and look for the past in the debris.

RealmLess" is a 3D third-person perspective, combat based on the action system of the classic Roguelike game.

Battle: skill release, movement control, dodge, counterattack, position, do whatever it takes to defeat the enemy.

Random: completely random in a 3D scene, the terrain, time, enemies, and even flowers and plants of each game will change.

skills: more than 100 skills can be used, and there will be more in the future.

Synthesis: skills can be transformed and upgraded through the synthesizer, and even become other skills.

This Demo test is used to verify the basic methods and operations of the game, which is somewhat different from the official version.

After closing the game, most of the settings and unlock items will not be retained.

Demo version is not stable, if you encounter Bug, you can give us feedback directly.

The map of the first two floors and some creatures.

The official version will be added:

A complete map of all levels and the corresponding types of enemies.

Hidden rooms and skills that need to be unlocked.

Other languages are supported (currently only Chinese is supported).

And other additional games, such as earth puzzles. 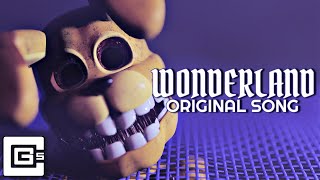