Until you think about what has been in their mouth and what they've licked, its all cute and fun and games when your pet licks you.

Cute fighting games are a dime a dozen, but the ones listed below are worth an up-close looksee... Beat Me! - Puppetonia Tournament is Free to Play edition of Beat Me! with an extended story and 2 characters ready to start the Puppetonia tournament.

In the Tournament, you can play with players from the base version of Beat Me!

Learn the story of a certain knight who wants to join the tournament.

Next, you will able to play with friends, fight in the tournament, and enjoy a special physics-based combat system.

Enjoy the game together, with up to 6 players in total.

Challenge your friends to try to beat you locally through shared-screen or over the internet.

Choose from many fantasy characters with unique abilities and fighting styles.

Pick from a number of different game modes, including deathmatch.

Use chat and emoji chat in online mode!

These Indie Games Take Fighting Cute To Another Level - March 2022 Blending cute and disturbing aesthetics, Don't Roast is a 2D boss fighting game from the perspective of a marshmallow and set in acub scout's campfire. Become Graham, the squishy marshmallow hero. Equip unique weapons encouraging various playstyles including melee and ranged tactics. Fight old friends who have become corrupted, and avenge them bydefeating the scouts. Avoid getting roasted!

A short story delivered through dialogue

Simple controls and a tutorial 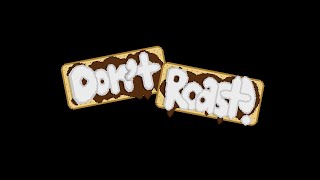 As you explore the world in the adventure of a young wizard starting hisher career, you will learn new spells and encounter many puzzles, foes and challenges. You will learn to cast many different spells. You will learn to change its speed and direction to bend spells around obstacles or hit a distant target. Equipped with this ability, you must use your strengths in the world of Superior Wizards to help those in need and to achieve your goals.

There are plenty of friendly challengers in the world that want to fight you.

There are also monsters and bandits who you must use your abilities to defeat.

Make your way to the wizard tournament to fight the best of the best.

Explore every corner of the world to find more devastating, hidden spells.

Learn from the masters and through training and experimentation in elemental training dojos.

Help the residents of the world by becoming a wizard for hire and doing jobs only a wizard can do.

Play as a wizard or a witch with a unique avatar

There are many characters to meet and to learn about. The world holds secrets which you must play the game to uncover. Keep your wits about you and let the fire guide your way! 2 to 4 PLAYERS in local multiplayer Made by GrabIt Studios

Prepare to shoot your enemy

And lipsync for the crown!

Unglamorous Lip Sync Battle is a rhythm shooter game for you and your enemy battle for the glory and fame. In a local versus match, you have to prove your dancing skills by taking all your actions in the soundtrack rhythm: if you're out, you'll loose all your fame! But, if you are a skilled Drag Queen, keep dancing and shooting your enemy to achieve the top and to go to the hall of fame.How to PlayTo WIN fame, shoot your enemy;To LOSE fame, take a shot or loose the rhythm of the music;Use the muisc tiles in the superior bar to align your actions;Player 1 uses WASD to move and C to shoot;Player 2 uses IJKL to move and N to shoot;Play it out loud!NotesThis is (for now) a school project, all the assets used in the game are NOT for commercial use;All the attributions are on the Credits panel;Please give us your feedbacks!Pontificia Universidade Catolica de CampinasCampinas, São Paulo - Brazil

Developed by High Tea Frog and published by Coatsink

Fight to be the tastiest cake in Cake Bash! A frantic four player party game where adorable drawn-to-life cakes beat the crumbs out of each other.

Pick your favourite cake and battle in a variety of lifelike arenas with unique goals - cover yourself in sweeties or hurl fruit into a pie, theres plenty for everyone! Try an assortment of minigame treats - roast perfect marshmallows, pipe the finest frosting, or be the last flan standing in Fork Knife.

Guide your cakes through the bakery as they dress to impress the customer in Get Tasty! Buy delicious toppings in a series of games to be the chosen one... You could also just play your favourite mode again and again, its up to you!

Compete on the same screen, find challengers online or battle well-baked bots. Its time to get out of the oven and into the fray! It's probably safe to assume it's going to be good." - IGN

KNIGHT CLUB Is a casual 2-4 player action platform-fighting game that brings traditional fighting game elements into an unlocked, free form movement playstyle. Equip your favorite armaments and do battle against your friends locally or online!

When we decided to update Knight Club with improved netplay features we thought why not go all out? We also updated the graphics, added all new Character Traits which makes each character unique, brought in some new characters, created some new stages, added an all-new dynamic camera, and rebalanced a bit. Knight Club is now better than ever!

Designed For Casual and Competitive Play

Knight Club has been built with competition in mind and features a slew of classic fighting game mechanics. It is also simple enough to help new players get into the fighting game genre. Counter hit, just defend, push block, wave dash, and cross up your way to victory!

Not in the mood for competition? No problem. Knight Club has a handful of casual game modes that are perfect for 2-4 players!

No friends? No problem! Take the fight to random strangers online in any game mode, with up to 4 players! A peaceful forest clearing. Two hungry bunnies. The sky is raining FOOD. What will happen?!