You can play any of the action games that follow and have loads of fun. So, go on!

Paintball War 2 is the sequel to the most ambitious sports simulation game based on sports discipline in real life called paintball!

In the game you can find to your liking the game mode among such as "Team Deathmatch", "Best Player", "Capture the Flag", "Eliminate the Target", "Capture Point", "Arms Race" and the classic paintball game mode!

A large selection of different weapons for the game, both automatic and pistols, knives and grenades! A wide selection of maps from various locations! Clan system!

A huge selection of different skins for weapons, from common to the rarest!

Rating of players and clans!

Good strategy and great team play will help you win! Call your friends and take the first places! Check Out All of These New Indie Action Games - January 2022

well you came to the wrong place, but i can offer you some milk at least

Karlson is a milk-infused fellow, on a mission to take down anyone in his way to secure the milk.

The making of Karlson 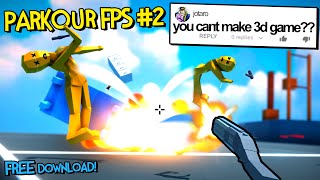 An alternate future after a global flood.

A young traveller from the wasteland named Victor went to northern mountains by the old railway tracks, in searching of 'city of dreams'. When he finally reaches a human settlement, he quickly realizes that he's trapped - he can't leave from there, and the city's center is blocked to him by a large fence. The desire to find his place in the cradle of surviving mankind turns into a series of dizzying events for him, during which he'll have to unravel the secret plans of the mad city mayor and become a hero-liberator...

The author's story and interesting quests, uncovered the game world with different directions,

Increased difficulty of the gameplay,

Elements of a survival sim and fishing mechanics,

Spacious locations in the middle of the waters and mountains, available for exploration,

The mysterious but omnipresent main villain and the ending of the story that tears off all the veils. a new survival first person, exploration game where you can go explore your whereabouts, check the highest mountain, swim across the shores, but when night comes, you will have to escape into your trusty spaceship to escape extreme storms, use the resources and knowledge from the past day you prepare for the next one. As you progress through the game you figure out more of your story and how you arrived here. Made by Milkbar Lads

Explore the floors of the macabre mansion in search of an exit from the madness as a wide cast of unique characters with different abilities, features, and skills!

8 playable characters, each with an alternate costume,

10 completely distinct levels with their own monsters, themes, and environments,

over 60  different weapons to tear through your foes with,

over 150 unique items to aid you along the way and keep things spicy,

and 1 beast that'll hunt you across the whole mansion!

Dead Estate was made by... 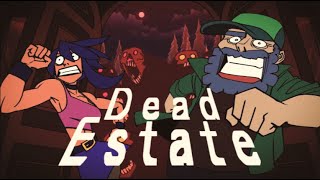 A game about a helicopter plowing through the open spaces, the land scorched by the sun. With addictive gameplay and auto-generated levels, the goal of the game is to fly as much as possible. And get the maximum number of points, accompanied by gorgeous music, in the spirit of the best shooters. Enjoy the breathtaking game play. Cyberpunk 3099 is the story of Jake: A Syndicate arrested and sent to cryo jail for crimes on Space Station 4528.

Jake awakes 300 years later with his empire lost to smaller factions within Sector 19 (sin city). Sector 19 is the Jail sector of the space station which is Run by Syn Corp, a large syndicate which was hired by the space station to keep order. Sector 19 is home to ex convicts and criminals who chose a life of crime or simply don't have the credits to leave the sector.

Jake's only option is to reclaim his empire, starting with Sector 19. If he can defeat the factions within the sector then he will gather enough credits for a space station citizen pass and earn his freedom.

You play as Jake with one goal. Reclaim your empire ! Take on the other syndicates to occupy the establishments once controlled by you 300 years ago. Earn protection credits from each block you reclaim. Bribe and fight your way to freedom.

Use credits to expand your armoury. Purchase epic weapons to defeat the other syndicates. But be careful, challenging powerful syndicates without the proper defences, alliances and weapons will only get you killed.

Jake is a cyberpunk with a bio tech arm. Once you leave sector 19 the bio arm is activated. Beyond Sector 19 the entire space station is up for grabs.

The year is 3099. You have just been released from Cryo prison after serving seven life sentences for committing multiple crimes on station 4528 in the Andromeda Galaxy. You are suffering memory loss from the sentence. You carry just the items you were arrested with.

You start on station 4528 having just been released. You don’t yet fully remember who you are but you know you used to be a big deal on the station.

Before being incarcerated you owned the whole penal sector (Sector 19). Offering protection to all the local businesses.

The first thing you see is a police officer in uniform. You talk to him to get your bearings.

Kane is a fellow Cyberpunk Syndicate - He is a Luytenian. Luytenians live for a thousand earth years.

Hectar is a descendent of one of Jakes old enemies. He controls a tiny block within sector 19. This is the best place to start as you will meet the least resistance from this syndicate.

Hectar's Brother. Ray also occupies a small block in the sector. But he is better armed than his brother. So be sure to upgrade your weapons before approaching him.

Flyn is a corrupt Syn Corp Marshal. How will you deal with him? Bribe or fight?

A pleasure droid who desperately wants to get out of the sector and off the space station.

Typhon is the strongest cyberpunk syndicate in the sector. You must be fully armed to defeat him. He employs muscle too, so be careful.

Alicia is the most powerful syndicate in the sector. She is well connected and has links to Syn corp. Read XMPLA Sings as the "Sun Goes Down" next.