Piece Of Horror by Deadlines recordings

With so many music albums drifting across the internet, it can be tough to find great techstep albums like these... That's why we did it for you! Techstep Albums That You're Bound to Be Amazed By A session with Aston Harvey (Freestylers) at a Soho studio lead to Trace's first release, 'Inception', an EP on Orbital Records and launching Trace onto the DJ circuit. It wasn't long before Trace began his Kool FM show alongside MC Ryme Tyme. Fast forward to 1995 and living between Philadelphia and London Trace remixed T Power's 'Horny Mutant Jazz' (S.O.U.R.), now more commonly known as 'The Mutant Remix'. This classic underground DB 'cult' track went onto inspire a plethora of other producers, and was hailed by many as the dawn of 'Techstep'. On this picture disc you'll find two harsh, deep 'Techstep' tracks, 'Twister' on the A side 'Apocalypse' on the AA side with that distinct Trace spirit which still lives on today. Collectors please note: This release comes as a strictly limited 180g Silver Handnumbered Picture Disc Vinyl pressing with a high quality polybag sleeve (including a handnumbered qty stamped silver sticker on polybag corner) all tracks... more 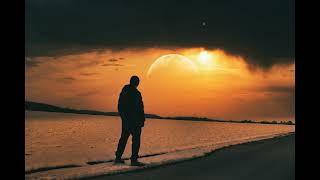 Next up on Major League Dnb we present: Cod3x, the 22 years old DrumBass musician from Saint-Petersburg, releasing his second single on our imprint. With releases on Eatbrain, Blackout, Bad Taste Renegade Hardware under his belt he is one of the rising stars in the neurofunk scene with ongoing support from artists like Noisia, Bad Company UK, Black Sun Empire, Crissy Criss, Rene LaVice, Jade Enei to name a few.

Im making music firstly for myself, not really following the trends, having inspiration from old and new tunes. Showing my vision on the neurofunk genre, sometimes mix it up with rolling things or jump up but mainly it's still neuofunk as i see it.'

Jackhammer', 'Put Ya' and 'Ravioli' (from Divergence II Eatbrain) were the last tracks made in the old studio in fall 2019. This single will be more than just a release for me. With this release I'm completing another milestone in my story, saying goodbye to my old teenage times of production in my old room.

Both of the tunes are ready for the dancefloor. 'Put Ya' is more of a mainstream tune, not too heavy. 'Jackhammer' clearly sounds like neurofunk by my understanding. The damn virus will be gone soon and we will be back in the clubs to test these tunes! Piece Of Horror by Deadlines recordings 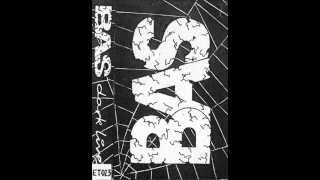 Read Yoon Hyup and Bisco Smith's "MIDNIGHTS" exhibition at GR Gallery Paints the Life and Lights of a City at Night next.