If the universe actually is a simulation game The Sims is the ultimate video game Easter egg.

You don't need to break the bank to buy any of these awesome indie simulation games. Just grab them on steam or itch and start playing!

Developed by Washignton Lopes and published by Washington Lopes

This Game is a card oracle simulator.

It's a game that could change the way you consult an oracle.

You might use it occasionally out of curiosity, but it's meant for people who believe in and use oracles.

You can add your own decks if you have the card images.

Choose your Oracle and go to the game area.

In the game area you have access to all the cards of the chosen oracle.

You can shuffle and draw cards from the top, middle, or bottom of the deck.

There are two methods of shuffling: Manual and Automatic.

None of the methods use random patterns.

There are 4 game modes that affect the size of the cards and the maximum amount that can be placed on the table.

On the table the cards adjust from the center but you can adjust them manually by dragging them.

The way you will consult and interpret is free within the cards limit.

It has a size adjustable camera tool that you can generate images of the cards laid out on the table.

It has fields to type the cards in case you need to search for one or more specific cards.

You can only play one oracle at a time.

There is also the possibility to change the table background image.

The cards don't contain meanings, it is important that you already have knowledge about the oracle you are going to consult.

We do not offer any description of the meanings of the cards, it is important that you already know the meanings.

Based on what you believe, your knowledge and intuition, you can consult the available oracles and take a picture of the table to keep it or send it to someone else.

Or if you prefer, from a consultation with a physical oracle, you can type the cards to appear on the game table and take the photo and share the image. Here you can buy and play for animatronics from the fnaf game universe not only! You will also be able to play and for the animatronics, made by fans... Wait... YOU CAN ALSO PLAY AS CHARACTERS FROM YOUR FAVORITE VIDEO GAMES! Have fun! And remember that Fazbear Entertainment is about entertainment, pizza and family!

You play as an animatronic you bought, you have the ability, awareness scale, and noise scale. A security guard is sitting nearby. Your task is to kill him, if you lose, you will have a screen that says 6 am. For the security guard the gameplay is almost identical to the original fnaf!

Those Nights at Rachel's: 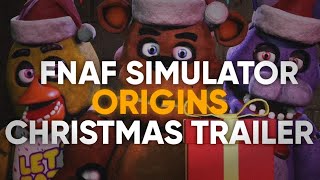 You were just the owner of an office, but something piqued your curiosity. Understand what happened to Andy by browsing through his most personal archives and memories. OS: Memories is a short and engaging storyline about the everyday life of a game developer.

Immerse yourself in a pleasant and intimate environment through an old computer interface.

Immerse yourself in Andy's life story and relive, through messages, memories and notes, the best and worst moments of his life.

Unlock puzzles that show you not only game results but also insight into difficult situations. Let's drive the bus and drive the customers around! The bus driver's goal is to safely overcome various obstacles on the road and make customers ride safely!

Let's spin the mouse and move the bus!

Be careful not to bump into the car across the street!

If you don't keep the speed limit on the speed bump, it's scary...!

If you pass by the bus stop, passengers will complain, so be careful!

Let's go around all the routes and pick up our guests and return safely to the starting point!

Let's beat myself in the past through a time attack! Let's win the fight with me and break the record!

If you leave the road, you'll end up playing a game.

Driving is not easy. A Simple Test is a very simple test provided by Oxcorp. Complete the trials correctly to potentially be accepted into the Oxcorp candidate program. Do not try to explore the test. Complete it, and move on with your life.

Please play with audio on for the intended experience. Press space to skip narration if needed. 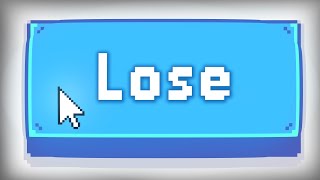 Mix drinks at five unique bars while you progress through your career, then test your endurance and compete on the global leaderboard in the arcade mode.

Meet a variety of patrons as you continue on your destiny and set the mood by creating a playlist with a library of music to choose from.

Play through the story mode where you will move into new residences, manage your relationships, and work through your career as a professional bartender.

Evil A.I. Space Bots are attacking Earth, You and Your team of Good A.I. Bots must stop them !

Form Your Rag-Tag Team of A.I. Misfits, who are NOT Astronauts and Defend the Earth from Evil A.I. Space Bots,

who are also NOT Astronauts.

Fly different Space Vehicles with up to 99 A.I. Bots on Each Team.

NOTE: Use the Slider Bars in the Menu to set the of Bots.

Use Laser Guns and Missiles to defeat the other team to win !

Climb Your way to the edge of Space, shoot and hunt enemies.

You will be challenged to determine the best pilot who destroys the others, You or the A.I. Bots.

Take Your Ship to new heights, Boldy shooting Your way to the Top of the Scoreboard. Rising Front is a massive WW1 shooter centered around trench warfare! It features a perfect blend of FPS, RTS and battle simulator! The goal for this game is to accurately simulate WW1 battles with hundreds or even thousands of units on the battlefield. 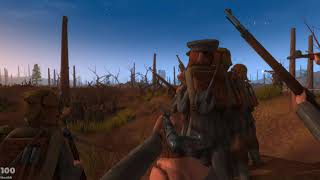