Casual games can offer up a lot of fun and these indie picks are pretty affordable too! See for yourself...

>>Angered at rising levels of pollution, the Giant Crab emerges from the ocean to wreak havoc on mankind!>>Take control of the Giant Crab and cause the maximum amount of destruction while brushing off the military's puny attempts to stop you.>>Features:>>Variety of cities and landmarks for the crab to stomp all over>>Story based campaign>>Military units will ineffectually attempt to fight back>>Civilians will flee in terror>>Come face to face with the imposing mechanical chicken>>Defend the planet from aliens>>A positive environmental message The Demo is now available to download :)>>Help Sheepy, an abandoned plushy brought to life, as he explores a forgotten and broken world. Sheepy: A Short Adventure is the first short game from MrSuicideSheep.>>Independently Handcrafted>>A short, handcrafted, fully independent pixel art platformer, spanning several zones with unique skills to unlock. Discover an abandoned world full of secrets and lore influenced by themes driven by the music and community of MrSuicideSheep for more than 10 years.>>An Original Soundtrack>>Weaved into the world is an incredible original soundtrack created by Seeking Blue artistsYoe Mase,HahlwegandTal from ECHOS, currently in development. Announcement Trailer music provided byExist Strategy.>>Mailing List>>Join the Mailing List and be the first to learn about playtesting opportunities, dev news, limited edition merch and more.>>Support the Game>>Sheepy: A Short Adventure will be free to play, with a Supporters Edition and more ways to support the game coming soon. Stay connect by wishlisting on Steam, Following on Steam and Itch.io, joining the Mailing List and Discord to discover how to support the game in the future. 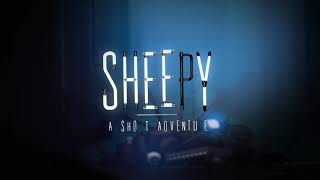 >>Hey, you there! Have you ever wanted to live off the land with a bunch of other antro animals and dragons that also live off the land? By this, we mean living on a farm. Tending to crops. Crafting tools.>>The island of Roanoake is a small, quaint farming community that has recently been swept up in the king's war effort. Crops and weaponry are needed to provide the troops with food and a way to fight the enemy. Many on the island feel that this is an impairment on their way of life, and many feel that it is not. Can you navigate this sea of discomfort in order to make the island of Roanoake prosperous once more?>>A visual novel format with choices per scene. Not every choice will lead to massive change, but it will determine your friendship levels with each individual that you spend time with. Part Adventure, part Dating Sim.>>A cast of multiple colorful characters, with their own lives, hopes, and dreams. Each day, interact with 8 different people to learn more about the world and those that live in it.>>A chance to change those around you via your talks with them - will you leave this world for better or worse?>>Daily activities such as farming and fishing!>>Want to date a Capybara? You can do that.

>>Calm and relaxing puzzle game made with love. Easy to play, Just pick your cute friends up and put them on the grid.>>No stress, no time pressure.>>Over 50 different shapes. And 100 levels of pure enjoyment.>>FREE ADDONS AND UPDATES!>>The first free addon is scheduled for March 8 this year. New Shapes and new levels!>>KEY FEATURES>>Free Addons and updates for life!>>Over 50 animated cute shapes crafted with love>>100 handcrafted levels>>Relaxing music>>Collection and Achievements>>Easy control as expected, right and left buttons>>Skippable levels. Come back any time you want to complete your levels>> Made by Pure Jam Games

KRAFT SLASH>>The Mystical Atelier update beta is now ongoing! Please post any CustomItems as a link throughPastebinor share it in ourDiscord! CustomItems posted in full to the comments will be deleted.>>Now Available on Google Play Store! >> Now Available on iOS AppStore! >>>>Adorable Hand-Crafted Merch from Kotocca at Redbubble!>>So many weapons to craft and only a few ingredients on hand. Choose wisely!>>INSTRUCTIONS>>1) Drag elements to the Crafting Board, tap to combine.>>1) Drag elements to the compendium button (lower left corner of the Crafting Board) to see more info. Swipe to close.>>2) Drag weapon to Equip Menu to select.>>3) Tap to fight!>>HELP>> Not sure what to do at the start?>>Hit the cog and press the Help button to get more info about the crafting area.>> Can't fire fast enough?>>Try holding down for rapid fire!>> What does the paid WindowsMacLinux version get me?>>The paid version is a WindowsMacLinux standalone version of the game that includes all paid features from now until the end of eternity. For now, this includes the skins for Kraft.>>DEVELOPERS>> Daniel Podlovics- Programmer,Game Designer, Sound Design, UIUX>> Kotocca(Twitter)- Artist, Character Designer, UIUX>>>>ADDITIONAL CONTRIBUTORS>>Michael J. Podlovics (Instagram, Spotify)- Atelier Theme>>>>KEEP IN TOUCH>>Subscribe to our newsletter to receive theCourier Kraft skin for free!>>Follow us on Twitter!>>Join our Discord!

>>Difficulty is a short, experimental visual novel, about both the difficulty level of stories, and the difficulties of real life. The plot, themes, challenges, and morals all become greater and harder to understand and accept as the difficulty increases.>>Features:>>-5 Difficulty settings>>-Full Visual Novel interface >>"Nelson and the Magic Cauldron: The Journey" is a classic point click adventure, with lots of puzzles and funny dialogues.>>In his new adventure, Nelson is invited to a competition where all participants are supposed to prepare magic potions.>>Unfortunately, he is already late to make the necessary preparations, but his uncle Sid had the saving idea ... a trip with an airship.>>In this game there are again a lot of crazy characters who confront Nelson with almost unsolvable tasks. But of course everything with a lot of humor.>>Features>>-A classic point and click adventure game-Hand-drawn comic graphics>>-Cinematic soundtrack>>-Four chapters full of bizarre situations>>-Many crazy characters>>-Black humor>>-Lactose free>>-Gluten free>>-Vegan This is the Demo version of Gacha Club. The full version of Gacha Club is available for Android devices here.>>Demo version only contains the customization and studio features. Gacha units, battle monsters, play mini games, and more in the full version of Gacha Club. Please note you can not transfer accounts between the Windows and Android version, and online importexport is unavailable.)>> Welcome to Gacha Club >>What club will you join? Get the party started and create your own anime styled characters and dress them up in your favorite fashion outfits! Choose from thousands of dresses, shirts, hairstyles, weapons, and much more! After designing your characters, enter the Studio and create any scene you can imagine! Add pets, objects, and choose your favorite background! Customization is 100 free!>>CREATE YOUR OWN CHARACTERS>> Customize 10 main characters and 90 extra characters!>> Change the colors for almost all of your items!>> Choose from 600 different poses!>> Adjust your haireyesitems to fit your characters!>> Choose and customize hundreds of pets and objects!>> Set custom profiles for all your characters!>> Import and Export your friends characters!>>STUDIO MODE>> Add up to 10 characters anywhere on the screen!>> Add your favorite pets and objects to the scene, too!>> Choose from a wide variety of backgrounds and foregrounds!>> Make your characters talk to each other with custom text boxes, pets too!>> Add a Narrator to create story-telling scenes!>> Save and Load up to 15 scenes!>> Use face presets to quickly change your face.>>Thank you for playing Gacha Club!>>Like us on Facebook: Group: our Website: http:www.Lunime.com