Born in the U.S.A. by Bruce Springsteen

American Woman by The Guess Who

Have You Ever Seen the Rain by Creedence Clearwater Revival

Horse With No Name by America

Lump by the Presidents of the U.S.A.

Surfin' U.S.A. by the Beach Boys

Living in America by James Brown

Thanks for tuning in for this very patriotic #MusicalMonday. Have an Odd 4th of July!

Welcome to our 4th of July edition of #MusicalMonday!

Hopefully, you're ready for a somewhat odd, eclectic romp through a host of patriotic and America-themed tracks.

Some of these tracks pay homage to the States and/or time period the artist's themselves grew up in.

Others fetishize the Country's allure to a pop beat.

Still, others bear no relation to this playlist's purpose were it not for the band's name.

Regardless, you don't want to miss this collection of treasured classics, contemporary gems and peppy party rock-tunes!

Check out the descriptions below and put this hour-long playlist on blast this 4th for some authentic American festivities. Who's got the nachos?

Born in the U.S.A. by Bruce Springsteen

Bruce's iconic "Born in the U.S.A." will do quite nicely.

Get ready for a long night!

Kanye serves as foreign ambassador to the lovely Estelle in this track. (Not our idea.)

His potty mouth leads the way to American shores in true American fashion.

Did we mention Estelle's loveliness?

American Woman by The Guess Who

American women aren't so bad, but the Guess Who have definitely not met the right ones.

Painting a dangerous, almost nightmarish picture of women born and raised in the U.S.A., this track could easily put foreigners off the idea of visiting the States at all.

What part of America did the Guess Who visit?

Having come from the South myself, this one is a fave for sure.

Isn't this Forrest Gump's favorite song? No? Well, alright then.

Have You Ever Seen the Rain by Creedence Clearwater Revival

This song is awesome; hopeful, melancholy and raw - the definition of U.S.A..

A homecoming unlike any other!

Axle's wailing and Slash's shredding pair particularly nicely in this one; sure to amp your patriotism up a notch.

We all know the only paradise cities exist on U.S. soil (please suspend your disbelief for a moment).

Let's bring things down a notch, shall we?

Ideal for people in a certain specific State, "California" is a beautiful ballad, to say the least.

Joni may be Canadian, but we all know where her heart is.

Though technically about three stars dying in a plane crash, this song says the word "American" enough times to over-qualify itself for this week's playlist.

Horse With No Name by America

Must we explain this one?

Classic American Rock to jam to.

"Two American kids doin' the best they can."

If that ain't the spirit of 4th of July, nothing is. Break out the sparklers!

This song captures the hearts of pretty much everyone in the country, no matter how many times they play it on the radio.

Listen, close your eyes and embrace your freedom.

Where'd this one come from, eh?

Yeah, we aren't sure why we put this in either. It just feels right, man.

Lump by the Presidents of the U.S.A.

Ok, so we're getting desperate. Luckily, this far into the party, you're all likely getting drunk. So who cares?

Let the Presidents rock out to a girl named Lump (who they may or may not have murdered) and let the good times roll!

Surfin' U.S.A. by the Beach Boys

An obvious choice, for sure.

Both "U.S.A." and "Californ-I-A" are mentioned in this oldy, so it's patriotic enough to count.

Living in America by James Brown

Our final classic (and, admittedly, most obvious) choice for this week's festive playlist.

Patriotism verging on the extreme, mentions of "super highways," having a celebration, "mini-malls," "a rail track," etc...

Welcome to America, baby! "Eddie Murphy, eat your heart out!" 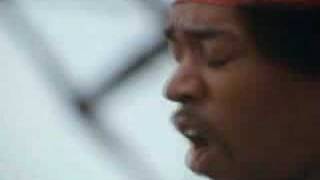 Thanks for tuning in for this very patriotic #MusicalMonday. Have an Odd 4th of July!