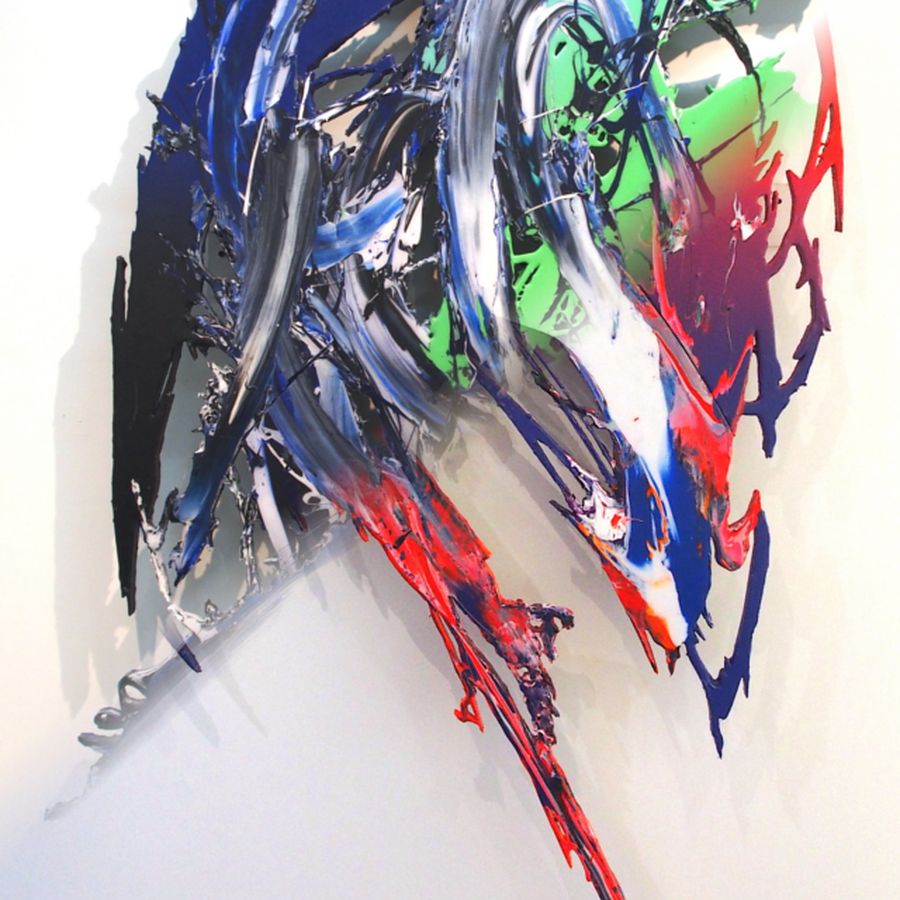 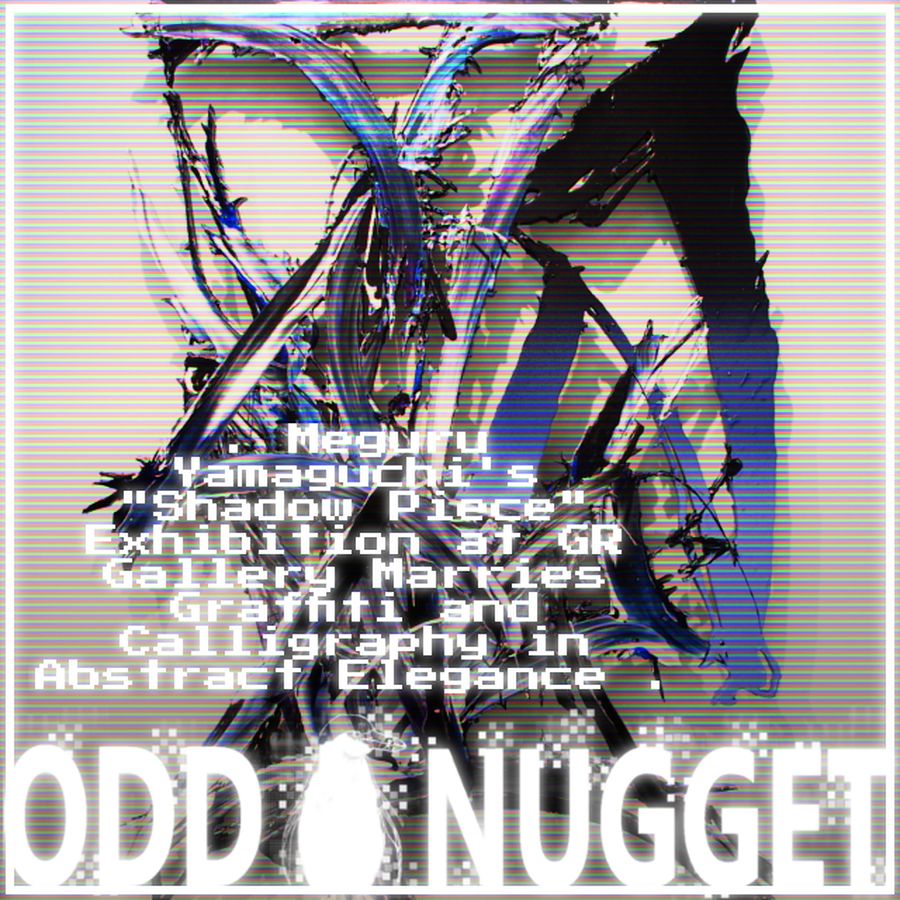 With a load of incredible artwork in tow, Meguru Yamaguchi has made his first GR Gallery solo exhibition entitled “Shadow Piece” one to remember.

Meguru’s art approaches abstraction with an urban slant, transforming the old into new and the new into an alternative reality. Graffiti influence grants an unusual look to each of the artist’s pieces, playing to a conjoined appearance of ancient futurism. 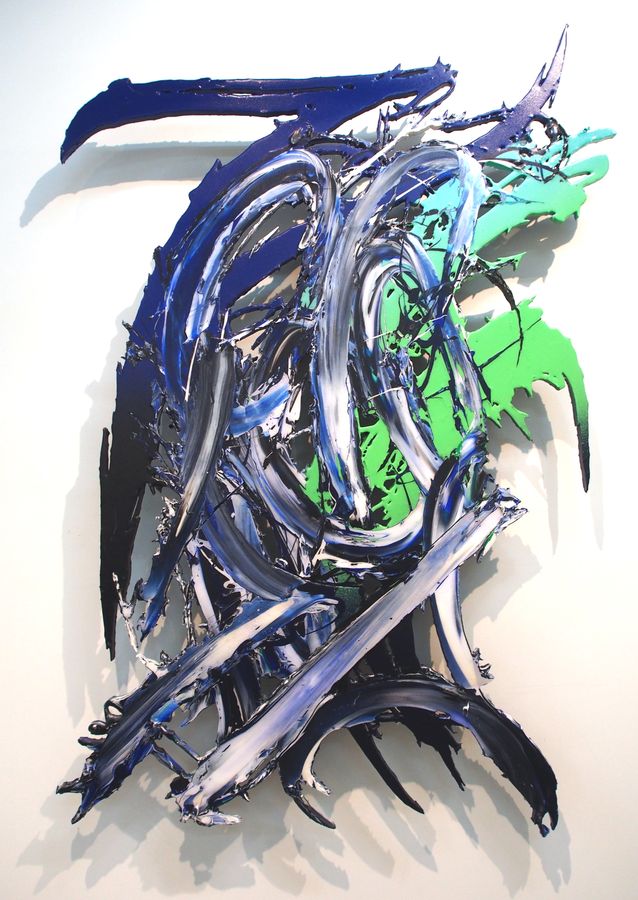 Neither caught on canvas, nor entirely sculptural, Yamaguchi’s awesome creations carve space out between two distinct extremes. The effect is that of a detailed design frozen in the act of transcending its 2-dimensional existence. 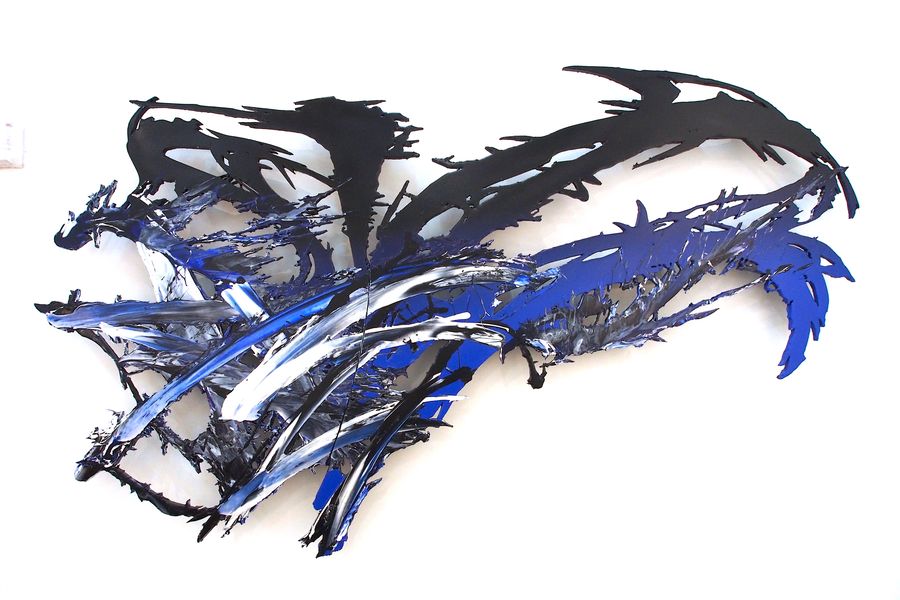 Meguru’s signature technique lays layers atop each other until the image is complete, completely removing painted pieces from their 2D confines. 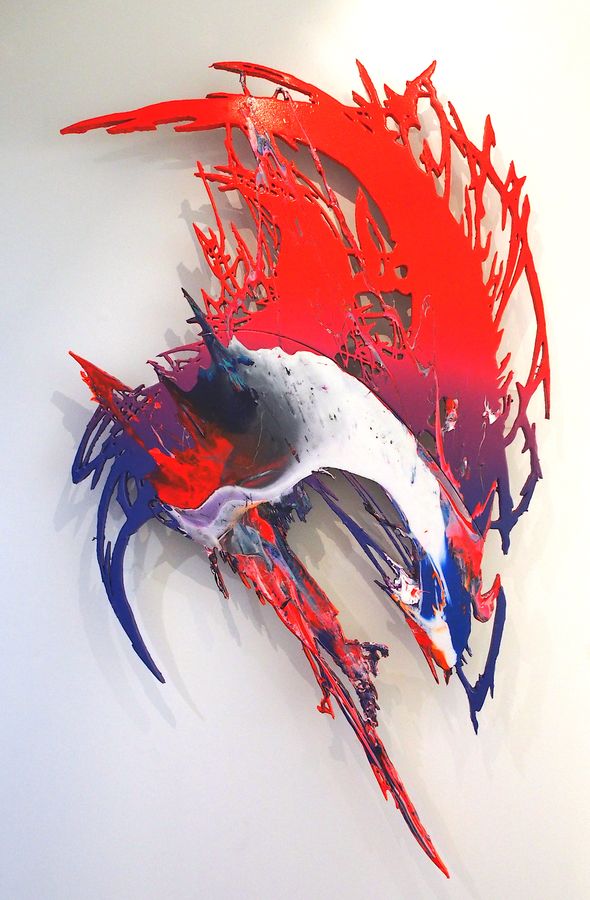 Whether or not the title “Shadow Piece” literally stresses the shadows in and behind each hovering masterpiece Meguru has produced for this exhibition is up to interpretation, but the relative play on light and dark is appreciable none the less. 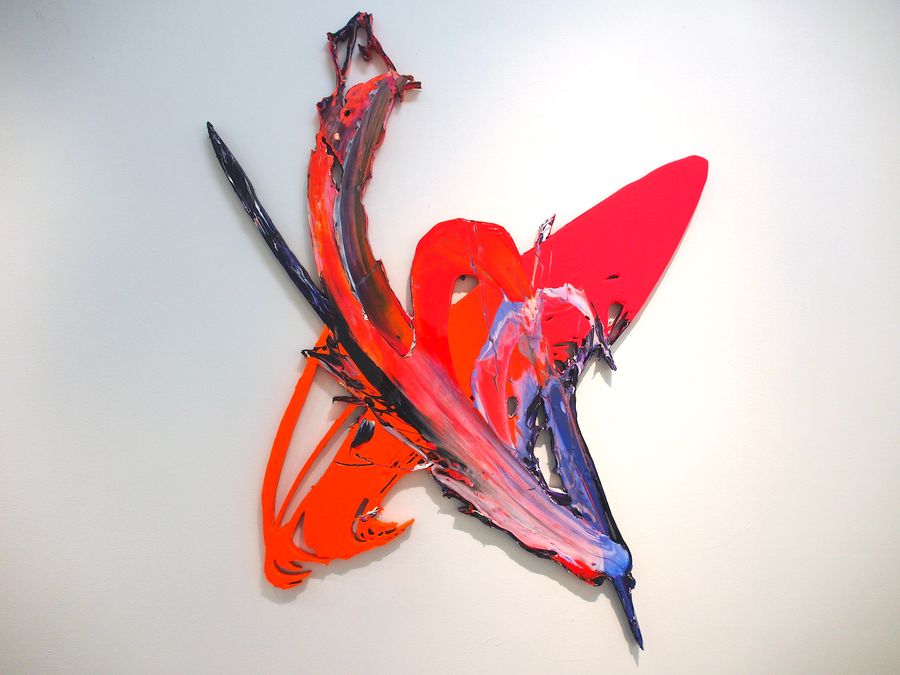 As is to be anticipated of Yamaguchi’s work, the many pieces in this exhibition demonstrate the ragged-sharp, clean-chaotic aesthetic the artist has perfected thus far. 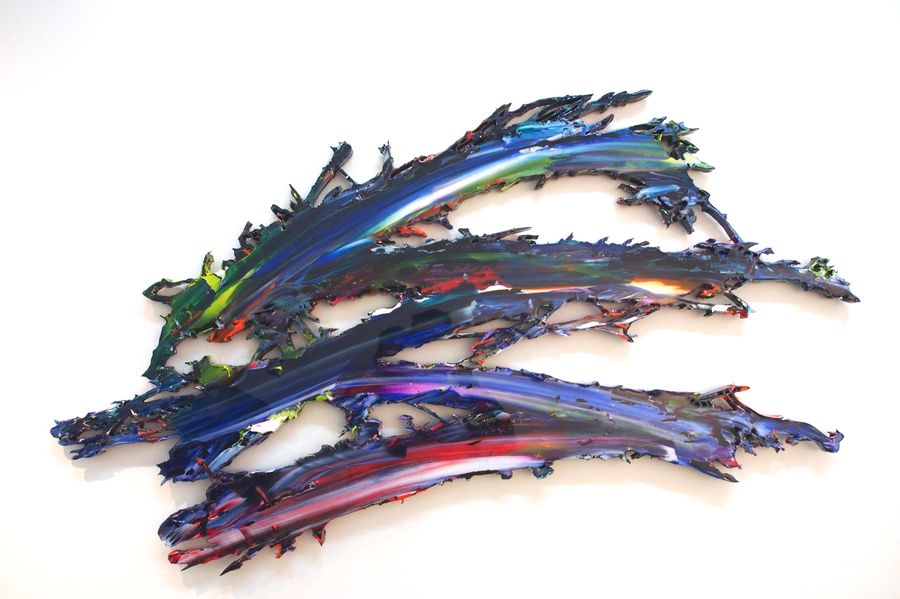 Corners leap against, around and over each other with premeditated spontaneity as colors blend from tone to tone. 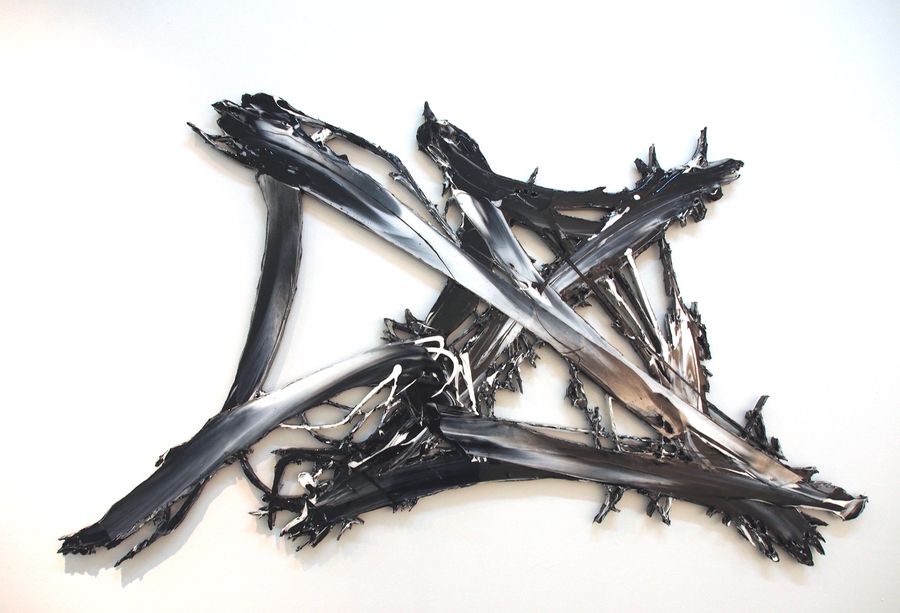 This exhibition is sure to be worth a visit and features 15 new pieces as well as a special new print release come the third week of the show. Get in and give “Shadow Piece” a look before it ends on July 12th. 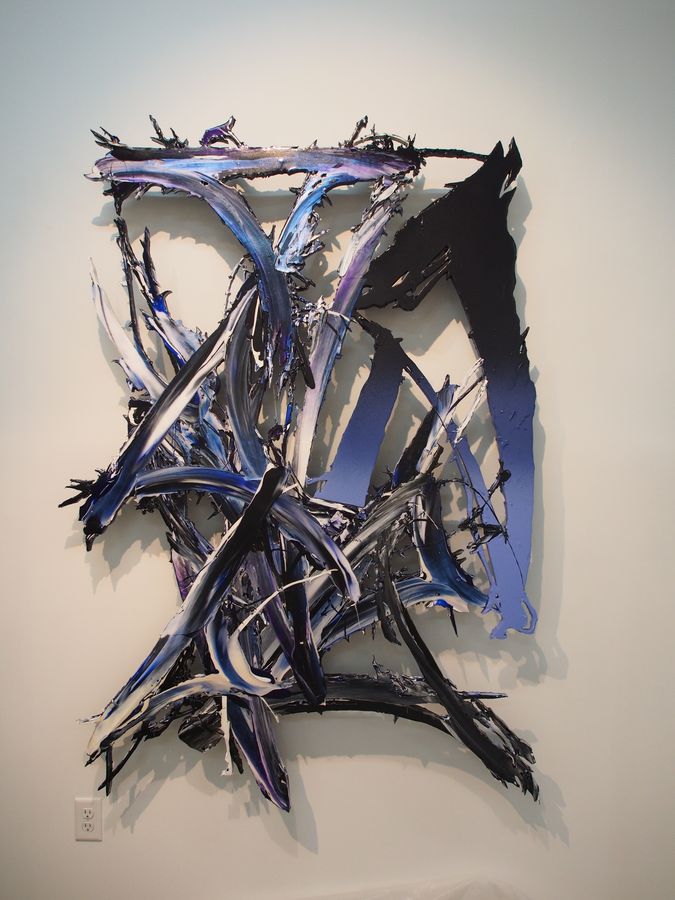