Meatbodies Creep and Crawl With Rock and Roll in "Creature Feature" You can practically see the creatures rejoicing as sound seeps in from this choice track.

We're a marvel. Bugs burning in a cathode's rays...

Our days are short and numbered. 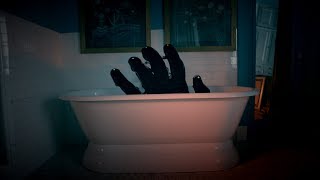 Meatbodies break minds with mental music in "Creature Feature," forgetting time, space and the rest in the process.

As might have been suspected, Meatbodies bridge sounds in a sorta psychotic way, implanting sound and rhythm in a layer cake of confusion throughout their music. Vocals soar, lofty as Lucy in an effect-laden sky of diamonds. Ill at ease amidst the fuzzy effects of neurotoxins unnamed, Meatbodies make the most of their state with star-studded strumming and starry-eyed escapism. Lyrics lead us up and down a winding path, whittling away at our senses as we foot it further into the void.

"Creature Feature" is sure to please you. Partake in its madness and pass out at the end.

Read all about Heart Through Sacrifice's "Blood Stained Stone / The Boy"...