Jakub Zytecki's Search for the Spiritual in the Musical In chancing upon DispersE's music, I was immediately taken. Indeed, it's tough not to be. Turning on their tunes is a lot like stepping into a dream. Echoing, billowy and harmonious on all fronts, their music drags listeners into another world.

Tracks like "Touching the Golden Cloud" are masterworks of story-led composition - beckoning us further into their space before erupting in melodic ecstasy.

Jakub's solo work is much like that of DispersE. It flows nicely, blossoms with his own impressive playing and so on... But, underpinning his lone releases is a story of self-discovery.

It's a subtle thing and it's obvious. 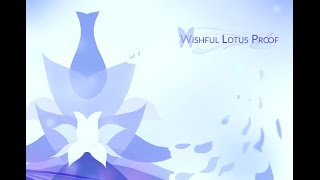 We could speak only of his technical development both in composing and guitar playing... No, that's not all there is to appreciate in his music. Listen through his EP's and you'll notice something more.

A jammin', oft heavy listen featuring other artists' contributions, it placed heavy emphasis on shredding and technical ability. It was amazing for the most part and strongly DispersE tinged but that was 2015 Zytecki. That's old hat.

2017 marked a turn for the internal. A year of great worldwide upheaval, it's uncanny to consider Jakub's musical turn towards introspection - complete with zero collab tracks and some very overtly spiritual underpinnings on two separate EP releases - in the light of a worldwide trend in the same direction. Shredding suddenly took a back seat to composition. Thought took a back seat to emotion.

Call it an awakening.

A year of dissolution, separation and isolation for many, 2017 saw the rise of the so-called cult of the individual. Ironically, this isolation-born movement happened worldwide, in mass. As a group we all turned inward, away from each other and a frustrating world.

Zytecki's 2017 albums "Feather Bed" and "Ladder Head" turned inward as well. They play like the semi-wordless musings of a man chasing his own shadow.

They're quiet, like the silence we're met with in response to self-directed questions. They're mellow, like the smell of incense and the warmth of candles. 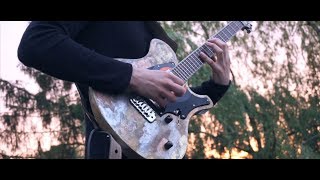 We aren't reading too deeply into all this are we?

The (probably) Terrence Mckenna sample in "Mandala" (or the title "Mandala" in and of itself) would suggest not.

This is not pretension.

This is the sound of soul-searching. This is the final destination of any true artist; the source.

No one can avoid it, not even demi-god musicians like Zytecki. Moths to an eternal flame. If all are connected on the level of spirit, would not a fascination with self-discovery counter-intuitively lead us back to one another? Tough stuff to crack.

Perhaps spiritual ascension awaits at the end of everyone's path through life, like light at the end of the tunnel. Maybe God just forgot to turn the lights off somewhere.

Whatever the case, Zytecki's music proves we're all in this thing called life together. Even when we aren't.

Need more music? Check out our post on Jack Grace's "Us"!