The earth may be a level in a game that requires us to explore space.

Space strategy games abound, but these beauties are well worth picking up and playing. Just saying...

Developed by Victor Bento and published by Flaming Arrow Games

Color Patterns is a minimalist puzzle game inspired by the classic board game domino.

Follow the symbols of each color to solve the puzzle.

A challenging puzzle game that requires attention. With carefully crafted levels, the challenge is to find the correct patterns on the board. Some pieces can work in more than one position.

Can you find the correct pattern that will solve each puzzle? Try it out and show that you are a puzzle expert. Game is centered around randomly generated scenarios. Each play through would be different from the last. -Large maps with plenty of treasure, Environmental bonuseshazards, animals, and tech buildings to discover and exploit. -High PolyResolution models with great animation. -Large diversity of units. -Two radically different factions. -Base Building.

In a lonely planet circulating a distant star, a war of survival rages on. There a sentient race, the Valkyries struggle to protect their world and themselves against the parasitic organisms Devourers. Explore large maps for resources, treasure, and other advantages to fight back the relentless horde of Devourers.

Artificially created by god like beings, known as the ORIGINATORS, as slaves. A handful survived the cataclysm that caused the disappearance of ORIGINATORS. Since then, they inherited the knowledge of their creators and repopulated the world. Valkyries remain fiercely loyal to their creators, worshiping them as deities. They valiantly fight to protect their world against the Devourers in hopes they will return.

Valkyries are very resource dependent, lots of base defenses, and use of vehicles and technologically advanced weapons. Valkyries depend on Crystals for currency and Energy, and Ore for building materials. Many units and structures depend on energy generated by a Energy Core.

Its unknown where they originated from, but its believed they travel from world to world by meteors. They can survive in the most hostile environments. Devourers come in numerous forms but are actually one single species. There are a few Valkyrian researchers who even suggest that the Devourer individuals may actually be "organs" of one single massive organism. However that is a topic that is currently debated.

Devourers, are cheap fast to produce, yet are quite strong. Require only organic matter as a resource. Organic matter is obtained from consuming trees, animals and even Valkyries. More focus on Offensive melee units.

Organic --- AvailableSurplus This is the level of hunger of the Devourers, it depleats overtime, the rate of which is determined by the amount of Devourers you have. If the number of available drops below 0 your units will starve and sustain damage. You can eat trees, animals, and yes Valkyries for more food. -Evolution Stones --- Needed to evolve different breeds, and special units.

Join the discussion on my Discord server: Me on Youtube: https:www.youtube.comchannelUCrx9SAwTkCSg9QbKCSL1Lcw 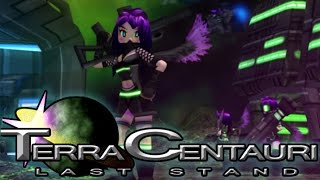 Walk with the Living

Grief leads a swordswoman and a necromancer to raise an infamous knight from his grave. Follow the trio's intimate quest for vengeance and make choices that impact their relationships with one another and those they meet.

Consider space and terrain in creative ways to keep your party alive through tactical battles with an array of objectives.

Meet complex characters and form relationships (both platonic and romantic) between them to gain significant in-battle benefits.

Make choices that drastically impact the course of the narrative and the relationships between various characters. There are no right or wrong choices; all choices have consequences, both positive and negative.

Replay and make different choices to discover dozens of secret endings and character epilogues. Weapons, items, and gold carry over with new game plus. Walk many paths throughout your lifetimes.

Characters die permanently, but there are always more stories to be told; when a character dies, new narrative branches, relationships, and recruitments become available. Death isnt the end. (If you'd rather, there's a non-permadeath mode too! In this mode, characters only die during story sequences.)

Raised from the dead against his will to bring vengeance against his former employer, he struggles to cope with existing among the living in a body that feels dead.

An unwilling leader of a growing movement to exact justice on the mercenary company raiding villages of the countryside, she harbors doubts about whether her mission to avenge her sister has meaning in the wake of her sisters death.

After achieving what seemed impossible by raising Rowan from the dead, he accompanies Aoife on her quest of vengeance while holding onto regrets about his late lover, Niall.

Walk with the Living In another normal day of his job as a space engineer, Ryzer is going to fix a space prison ship and things don't go his way.

In Ryzer: The Reflectors Path, help Ryzer find the best path through the reflectors in this futuristic puzzle and finally just complete his job.

Different types of reflectorsFeatures:Relaxing gameplay without lose;Originally composed soundtrack to get you in the mood;4 Different reflectors;35 hand-crafted levels with increasing compleUnlock extremely precision with focus mode. Aquamarine is a contemplative, turn-based survival adventure about perception and discovery in an alien ocean.Inspired by the psychedelic sci-fi of the '70s '80s, Aquamarine combines the mystery of classic adventures and open-ended survival mechanics with elements of exploration, puzzle-solving, and strategy.Unlock the secrets of an alien planet reclaimed by nature through careful study and clever interactions with the living ecosystem. Learn how to adapt to the challenges of each area as you search for your way home. Discover mysterious secrets and solve environmental puzzles to aid in your progress through the alien ocean.Cultivate a variety of strange plants, each with their own unique attributes. Scour the depths for food and tools to help you survive. Collect and craft powerful upgrades for your humble escape pod, and customize your loadout to fit the needs of every plunge into the water.You play as a lone space traveler known only as The Seeker, whose starcraft is intercepted by a malicious signal while orbiting an uncharted planet covered in water. Forced to eject from her malfunctioning starcraft, The Seeker is marooned on a tiny island surrounded by an endless alien ocean, with nothing but her amphibious survival pod. Throughout her underwater journey to reach her crashed starcraft, she'll uncover the lost history of this planet, and learn the true nature of why she ended up here. Developed by Game Changers and published by AQE

Space Hopper is a 2D physics based, causal puzzle game, where you setup a path from one planet to the other using attraction and repulsion forces of intermediary planets.

Play as Shehab and try to solve puzzles by creating a path between the planets and guide him to his target.

Use the mouse to pull, drag and orient Shehab and release to let him go on the created trajectory.

Fly into space and explore the possibilities as you weave your way from one planet to another. Enjoy the colorful and charming aesthetic along Shehabs journey to reunite with his mother. Read Talented Artists Made These Moon Masterpieces - Odd Nugget next.