All turn based RPGs are actually puzzle games.

Does the perfect puzzle game actually exist? Hell if i know, but these picks look great...

>>Lord Temin's Fortress by Neil Carpenter is a new first person puzzleadventure game from Gnarlewood. Experience grand scale architecture, epic music and a deeply immersive atmosphere with constantly new and compelling gameplay.>>As Lord Robert Temin, you make your way through a massive castle fotress, moving back and forward in time between Sping, Summer, Autumn, Winter and Limbo, avoiding all manner of deathly traps and solving a wide range of 3D puzzles in your quest to rescue the soul of Lady Elizabeth Kestle from the clutches of the Demonic Entity.>>Features:>>- Perfectly structured linear gameplay with gradually more challenging stages>>- Over 60 check-pointed gamesaves over hours and hours of play.>>- Walk, sprint, jump, climb, wade and swim both on and under water.>>- Collect coloured gamespheres to use in puzzles and enhance player abilities.>>- Operate levers and pull chains, open doors, gates and trapdoors.>>- Avoid the deadly Skull Ghosts and lethal spike traps.>>- Solve all kinds of memory puzzles, word games, logic puzzles, music games, picture puzzles and many many more... These Indie Games Take Puzzle To Another Level - February 2022

Theres no such thing as monsters is a single-player isometric puzzle game where you take on the role of Pip, a small child who is afraid of the dark. Make your way back to bed and avoid monsters and moving obstacles as Pips bedroom transforms into a labyrinth of imagination when the lights go out.>>>>Controls>>Controls Movement:WASD>>Jump: SPACEBAR>>Crouch: C>>Walk: CAPSLOCK>>This game was made by Falmouth University students as part of Global Game Jam 2022.>> Current build ends on the train level. 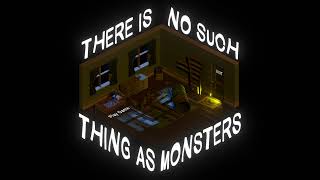 >>This is a horror game in the first person.>>You have to go through the first part of the game.>>You travel from city to city because you are not used to staying in one place. While working at a gas station, you come across a newspaper>>with a vacancy announcement for the position of a security guard, and by dialing the number, you were asked several questions.>>Only one point was important - are you ready to follow the rules and perform the tasks?>>You were not interested in the details, because you did not plan to stay in this place.>>The only thing that interested you was the payment and bonuses for the night shift.>>You dont have much to choose from, and you have only the military service as an experience.>>Because of your hot-tempered personality, it was difficult for you to linger on past jobs.>>It was not easy to find the place, because it was hidden far from the nearest settlement.>>Night, bad weather, lack of good visibility, and you turned onto the wrong road.>>Precious time is lost.>>You didnt find anyone at the founded location and decided to call the intercom. The voice was not very friendly.>>After receiving the entry code and instructions on where to go next, you get to the meeting place with your employer.>>The action of the game begins in the elevator. Its your first day at a new job, youre a little worried that youre late.>>Forgot to read the instructions you received in the mail.>>Thoughts appeared in my head about how to fix this situation.>>The elevator doors have opened in front of you, and behind them is a man who is extremely passionate about something.>>The attempt to start a conversation failed and there was an awkward pause. A siren sounded.>>You were reminded of the instructions that you didnt have time to read, and it probably contains important information.>>Well, nothing, well figure it out on the spot, and you wont get used to it. You have a strange feeling that the whole situation is extremely strange. As soon as you want to take up your duties, mysterious things begin to happen that frighten>>Whats going on here? This is not the job I was hoping for at all, but what if I fell for a trick? You have to find out because the further you go, the more things are starting to get out of control.....>>Features:>>- A complicated story with a plot twist ;>>- You will have to collect information bit by bit and figure out what is happening;>>- Solve puzzles and use all available objects;>>- The creepy and tense atmosphere only escalates the situation;>>- Especially the gloomy concept of the game;>>- Light is your only helper;>>- The weapon will not be easy to get, and each cartridge is valuable;>>- Different mechanics of the characters behavior will make you nervous and make quick decisions;>>- As a bonus, you will open a new location where you can get new hints for the game;

Developed by SEEP and published by SEEP

>>Start playing with the space warrior Stella Mironova and explore levels filled with monsters, traps and puzzles.>>In Cosmos Bit you'll discover 8Bits charm again in a game structure>>that draws inspiration from the first and unforgettable Metroid of 1987.>>Features:>>A tribute to the Metroidvania genre!>>Retrogaming pixel art style!>>High level Synth Wave soundtrack signed by Jake D. Bind!>>Collect minerals and develop your skills!>>Unlock new skills in order to get stronger!>>Wide variety of monsters and environments!>>Puzzles to solve!>>4 boss to find and defeat!>>The challenge level is high but not frustrating!>>Achievements! Made by Lachlan Shelton

Hi there, welcome! This is a horror game I've made just for you :)>>This isn't the first game I've made for you -I've made three others I hope you've already checked out! This is the best one in my opinion. ;)>>Most items' locations are randomised and there's a few different locations they can be, so look around.>>There's also a save system - so if you're unable to play for long, you can continue from your last level.>>>>Basic Controls:>>-WASD keys movement>>-E interact (you can search drawers btw)>>-C crouch>>-Mouse look around>>-Hold down right-mouse button equip crowbar (when you get it)>>-Left-mouse button use crowbar (when equipped)>>>>Follow me on Twitter for more updates: omogonix 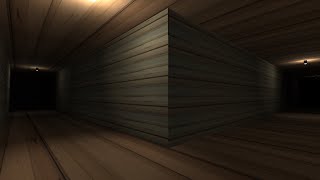 >>The game is completely in 3D, in an isometric view, in this game your objective is to push the boxes to position the boxes in the marked place in the scenario, but be careful one wrong move you won't be able to move the box again, so you need to think smart, in the best moves to reach your goal successfully and pass>>the challenge of each scenario is to proceed in the game. Made by Isolated Studio

CHECK DEV LOGS FOR UPDATES>>WE UPDATE OFTEN!>>>>Good-bye for now...(2022)>>After many years of developing this game alone.. I got to understanding that I cannot spare my free time to make this game due to it is not getting me any "feedback"!>>so I decided to take all my 15 levels I made and all this work. and just sit and relax.. it will be on steam because it is my dream to make my own game.. but I do not have to be limited in time.. and so I decided to take my time and release it anytime I want!>>so for now I will be focused on my own life and problem! when and if I will have bigger audience and feedback I will get back on track! so for now.. stay safe and strong people!>>I will soon start A fundraiser so stay tuned :)>>A >>LOST BETWEEN>>A girl with unknown name wakes up after a nightmare to understand that it was reality, but the reality is no better than the nightmare she went through and therefore moves between the two to understand what is what.>>Her only clues are that she remembers where the girl's 15 mothers who raised her were.And goes out in search of one father who would always kidnap her and hide her from the world and not treat her well.>>nightmare after nightmare now she is trying to solve the last riddle, what is right and what is not>>As an environment artist, it is very important to me, to create dark atmosphere and isolated feel!>>The game maps isopen for exploration , that is not solely dependent on the story. The game is not linear... of course it is possible to "speed-run" but that is already the player's way of playing.>>The game was built to explore every corner and house .. The map is relatively open but you can understand where it is possible to explore and where not.>>Game status: updated more since the demo.. thinking of releasing updated demo.. 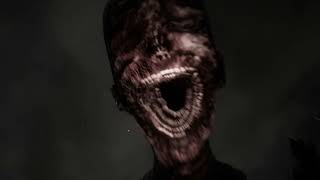