All of the beat 'em up games in this article are guaranteed to pique your interest. See for yourself...

Snowman Arena creates a space for closeness, shared moments and fun you'll happily remember. And tons of explosions of course.

local multiplayer for up to 4 players

up to 3 players on one keyboard

BY GAMERS, FOR GAMERS Made by Means Interactive

In a dystopia where wealthy capitalists control elections, media, and the lives of working people, were faced with two choices -- accept it or fight for something better.

Tonight We Riot doesnt have just one hero. Instead, you play as a movement of people whose well-being determines the success of your revolution. It features:

Please spend your money on our game, Tonight We Riot. 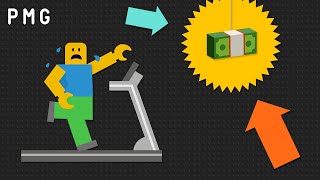 Developed by Joe Wilcox and published by Asset Pack Games

The quarantine is over...

Now it's time to retake the couch with your best friends and kick some tail! PengoRoyale is a mind-blowing, friend-ruining, massively-local-player couch brawling BattleRoyale. Compete against up to 11 of your pals in a no holds barred kick fest. Crush your mate and devastate your siblings. PengoRoyale is the ultimate grudge-match.

Super simple to play, impossible to master, PengoRoyale is all the best Battle Royales, in itty bitty little bites!

PengoRoyale is a 2-12 player Battle Royale for your couch. It requires 2-12 Game Controllers (keyboard and mouse not supported) to play. Your goal is to eliminate all of the other players by kicking icebergs to crush them. Grab power ups and boost away from danger. But beware, the ice is melting fast so don't be caught when it crumbles! An army of monsters, demons, and undead sweeps the land. Armed with only an old sword, crossbow, and A LOT of fireworks, you're forced into a struggle to survive. Waves of unique and dangerous enemies advance on your home, intent on killing you. Hone your skills, upgrade your equipment, and push back. Take the fight to them, destroy their leaders, and break the horde.

Several uniquely dangerous enemy types swarm you in droves. By pushing back against the horde, you earn upgrades to spend how you enjoy. Will you upgrade the crossbow and pierce through armies of the undead? Will you specialize in the sword and cut down legions of monsters? Will you improve your fireworks and obliterate clusters of demons? Whether you focus on one ability, or spread your upgrades out for a well rounded character, you can play how you want in each level.

3 visually distinct locations await, each with their own unique waves, and each with it's own unique boss battle. Survive on your farm as the horde attacks you at your home, trek through snowy wasteland in the direction of the invaders, and raid the palace of the fiend who rules over the horde.

Once you've completed the game, an Endless mode awaits. With automatically generated waves, try and push as far as you can. Can you make 100? 200? Each stage will separately track your highest wave. Additionally, you can read the journal of the player character. Kill counts and little nuggets of the world can be found inside, allowing you to keep track of how many of each enemy you've killed. What the game is about:

Honey Rose: UFE tells the story of Red, a young university student with dreams of making it big at the masked fighting tournament.

She looks up to Big Blue, the current champion, and aims to meet her idol in the ring! However, she has a history of poor class attendance, and has repeatedly failed her latest classes.

This year, she made a deal with her parents: she'd either graduate, or they'd change towns. Unfortunately, the masked fighting tournament also takes place for the first time in the very town Red lives in... making it her one and only chance to make her dream come true!

Thankfully, that's where you come in!

With your guidance, she needs to balance her studies with her training so she can bring home both the champion's belt, and her graduation.

The game is a life-management simulation, presented as a visual novel, with beat'em-up elements.

In short: some reading, a little fighting... and lots of planning!

A visual novel based around choice and reactivity! See how events unfold based on your decisions... or lack of commitment!

A sizeable cast of characters to encounter in dynamic events, with individual subplots to pursue!

Fight for your dreams in the ring, or to get back your suit from dastardly thugs in the street!

Plan ahead to make the most of the 6 months you have left until graduation!

Bring home the champion's belt if you can, but make sure to ace your tests as well! Can you really do both?

The setup available on this page will always be patched to the latest version available. If you want to download updates separately, please head here! Latest patch available: 1.0.26.2, dated November 13th 5PM CEST

If you encounter any issue during play, please report it by writing to lavantdapres or honeyUFEgmail.com, with a screencap of the issue if at all possible!

The game has known issues with 32-bit windows versions, and machines with low RAM. Make sure you meet the minimum specified requirements!

The game can be misidentified as a false positive by Avast, Avira and AVG. If they block the game process from starting, make sure to allow an exception for honeyrose.exe!

Initial launch on any configuration may require up to several minutes. Please wait to make sure the game starts correctly when first launching it!

Make sure you have the correct version of Directx installed. By default, the installer should setup it for you, but if you skipped the process, you can access it again via the dxwebsetup.exe file.

If fonts are not displayed correctly in the game, make sure you have the following fonts installed on your computer: OpenDyslexic, Blue Highway, Komika Text. They should be installed as part of the installation process of the desktop application, but you will need to install them separately for the browser version! Download a bundle with all the required fonts here!

For the whole range of options available to you, please check this page!

If you choose to support the game, thank you very much! Another way to support the game is to help spread its reach by telling your friends and family about it, and giving them any extra copies you might have! Talk about the game on social media, livestream it on Youtube and other streaming services the possibilities are endless!

If you make any fanart, or cosplay, or video, or music arrangements, be sure to notify lavantdapres, so I can add them to the Honey Media Collection! If you need anything to make any of the previous happen, be sure to contact lavantdapres, to discuss what is possible! 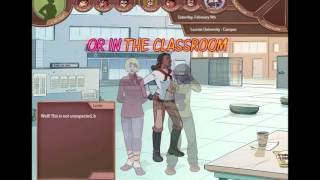 City of Rampage is a side-scrolling beat'em up game inspired by such SEGA Classics as "Streets of Rage" and "Comix Zone", with advanced fighting mechanics, with challenging tough enemies and even tougher bosses.

This journey won't be easy, but beautiful hand drawn visuals and dope soundtracks will make sure you will be coming back for more.

See you in City of Rampage! Developed by Troglobytes Games and published by 101XP

Follow the way of the Cyber-Samurai and join our Discord community!

Blind Fate: Edo no Yami Dojo is a free introduction to the game's world, offering a better taste of its plot, levels, and boss fights, as well as a glimpse into Yami's past.Its a new, dark and machine-filled Edo period, and the Shogunate rules over Japan with its just, but pitiless hand: you.You follow orders. You obey. You kill... Until they kill you.The prologue finds you at the City of Ghosts, a once glittering Japanese metropolis, where the tide of battle has clearly turned against you: defeated by an overwhelmingly powerful opponent, you plunge into the darkness below the derelict skyscrapers, only to reawaken and see the familiar reality in a different light... But just how real is the world around you?Learn to survive, relying solely on damaged sensors and the advice of your Tengu mentor. Grow stronger and follow the path of blind rage in the insane and fantastical world of cybernetics and ancient mythology. A world of data and liesThe Mask of the Oni creates a simulation of the world around you, but tread carefully: old data will only show you the deceiving echoes of the past. Swords sing unseenEven blind, you are unstoppable. Use different sensors to detect your enemies and identify their weak spots, then crush them with lightning speed. Robotic folktales of JapanDiscover the story of dozens of robotic versions of Japanese folktale creatures! Find their weaknesses and destroy each one with a devastating finisher! Long-lost mechanical loreYour sensors pierce the curtain of the past. Use sound, smell, and heat to explore the world, uncovering centuries of lore and guiding Yami on his vengeful, story-driven journey. Made by ISART DIGITAL

Embody the demi-goddess Imë and purify the temple where the Lysfangha is kept, a magical artifact that protects the world. Using your temporal powers, duplicate yourself by going back in time. Cooperate with a growing horde of your past clones to repel the invasion! 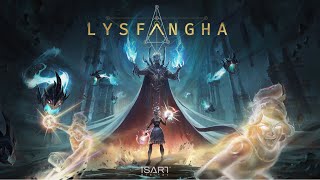 Read Dog Tales of the Ominous Kind - Odd Nugget next.