In most games the better you get the less moral your in game actions become.

Action video games can make for a great getaway. Feel free to peruse and play a few of these...

This is cool horror game Hungry Wolf. In which you have to defend against the wolf with a slingshot. A shot from it can turn on the lamps in the room. The bright light of the lamps scares off the wolf. Because only bright light can scare a hungry wolf. You only need to hold out for 3 minutes for winning. Good luck player. Arrows or WASD to move. Mouse to do things.

Apologies for the terrible sound effects, I tried to make them myself and it did not go well :-) 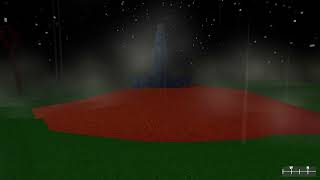 http://discord.gg/URcGrkKhttps://www.patreon.com/VoidHook?fan_landing=trueHolt will be releasing on a chapter basis and each new chapter will evolve the story more!Holt is a 2D action platformer with a rich story. Shoot, slash, and adventure through levels of enemies and meet new friends along the way. Find out what has happened in the past and find out what the future holds.Features:Colorful charactersRich combatCustomizationIn-depth loreExplore the world after the warDig up the past All children are afraid of clowns. And our hero is no exception. We need to pick up all the balls that the clowns stole. The bottle of milk in your hands is sour. Use it as an explosive, and get to the balls. Don't forget to run away from the clowns and the blast wave.

Child vs Clowns - Top Down View with elements of the Bomberman game, a game with a beautiful visual design. Laying bottles of sour milk, the player destroys fences, as well as clowns who hunt the baby. Collect all the balls, but do not forget about the bonuses that will pleasantly dilute your game or complicate it. 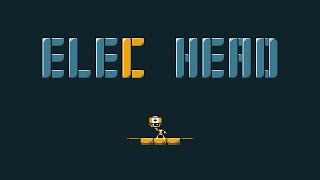 Finally, the very ladybug who is ready to avenge the blood of her fellow human beings has been found. Having convinced one spider, he takes power in the spider's lair into his own hands. Destroying everyone one by one, he will achieve his goal!

Insect Wars is a Top Down Shooter genre game that includes both scroll shooter genre maps and locations in the "tower defense" genre, so it will definitely not leave you indifferent. Show all the rage and agility by destroying all the spiders in your path. In the end, having taken the spider lair, you will have to defend it alone from the invasion of the spider horde. Elements of Dreams is pixel art action role playing game (much like the original Legend of Zelda). Play as the heroine who must discover four unique powers in order to defeat her nightmares and find her purpose.

Defeat your foes with 1 of 4 timed abilities. Keep track of your power bar to figure out when you need to return to a statue to recharge.

Each enemy has different attributes of speed, health, and damage. Some even have special abilities.

Defeat the World boss to discover your destiny.

Lose all your hearts? No worries, you have infinite lives.

Each level unlocks that level name in the Level Selection menu once you reach it. You can then save your progress for future plays via the menu.

Replay (or reload) the 2nd to last level to have it generate in a different configuration with a different combination of enemies.

Use the Level Selection menu to replay you're favorite levels again. In Midnight Rush you control a hungry vampire in a city of vampires.

His overwhelming hunger makes him leave the house in the middle of the night to get a snack. Game for Game Jam Plus #PlusSUL

In development! Wait for improvements and news! :D 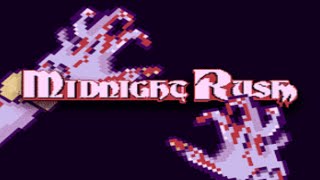 Read Mega Rolls in on a "Chariot" next.