How Mickey Mouse Day Came to Be For the first time ever, on November 18th, 1928, a lively little mouse by the name of Mickey would grace TV sets nationwide. Years later, his appearance would be celebrated as Mickey Mouse Day.

In his own animated feature, Mickey Mouse would become a fledgling star in the eyes of the public following years of relative obscurity.

After losing intellectual rights to his biggest success of a character, Oswald the Duck, Walt Disney went back to the drawing board; literally.

The adorable Mickey Mouse was born of Disney's ingenuity in the face of defeat. And Oswald had nothing on him. "Mickey's first 2 films, Plane Crazy and The Gallopin' Gaucho, were created before Steamboat Willie. Unfortunately, no one would distribute either of them,"

For its time, the animated short was also a technological novelty thanks to having sound a mere year after sound in films had become a possibility. On his 50th birthday, Mickey Mouse actually went so far as to receive a star on the Hollywood Walk of Fame; a first for cartoon characters and rodents alike.

"Girls bored me — they still do. I love Mickey Mouse more than any woman I've ever known." - Walt Disney 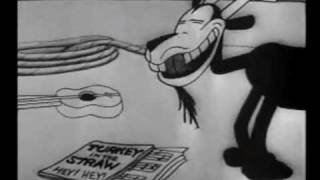 Read up on Betty Boop...