If you've ever looked at drone footage or piloted your own and thought for a moment, "why can't I just ride on this thing?"

You are not alone.

Intrepid, inventive lunatics the world over have put their limbs on the line to pursue that very same ill-conceived daydream, and the results are absolutely awful. 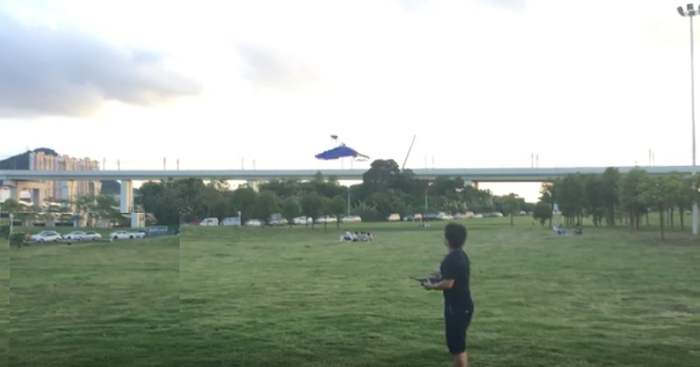 What is surprising is the extraterrestrial level of danger modern hoverbikes display.

It's a lot like travelling back to the early days of flight, when inventors broke their backs to build amazing gliders only to break their backs much more literally while crashing them.

As exciting as personal flying machines sound, current hoverbike designs are just terrible enough to keep most of us grounded indefinitely... 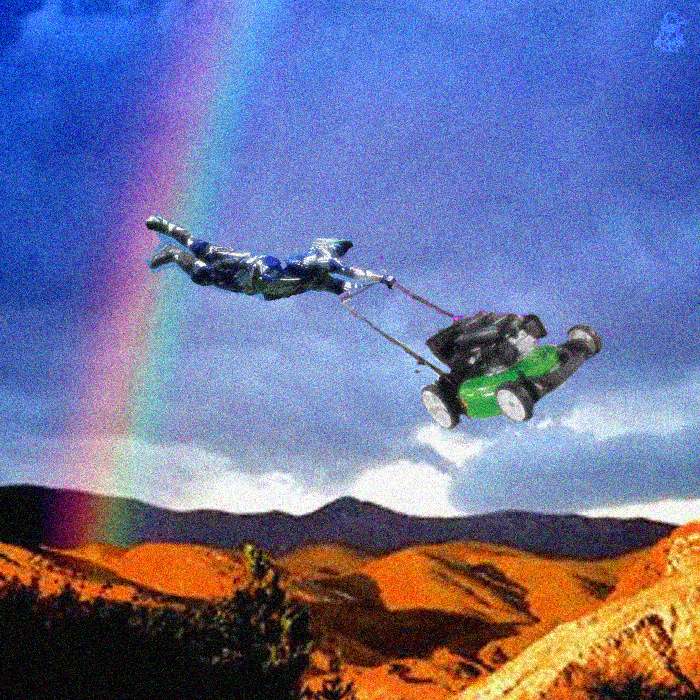 What can I say? I guess I expected more from the people putting these deathtraps together than, well, deathtraps.

Current hoverbike designs are basically limb-removers masquerading as vehicles. Buy one, get three off - three limbs that is.

Apparently the thought process behind these vehicles' designs never progressed past the "let's put a dude on a drone and see what happens" phase.

Sure, they work, but not very well and they're outright harrowing to boot. Just look at the test dummy pilot guy in this video...

Does he look like he's having the time of his life? Or does it look like his life is running out of time?

Does it look like he's celebrating his birthday atop that overly complicated bonesaw? Or does it look a lot like he's preparing for his own funeral?

The man is in full body armor, surrounded by technicians on a huge field with nary an obstacle in sight, yet you can practically feel the fear-sweat stinging his eyes as he inches forward on this unbelievably dangerous device. 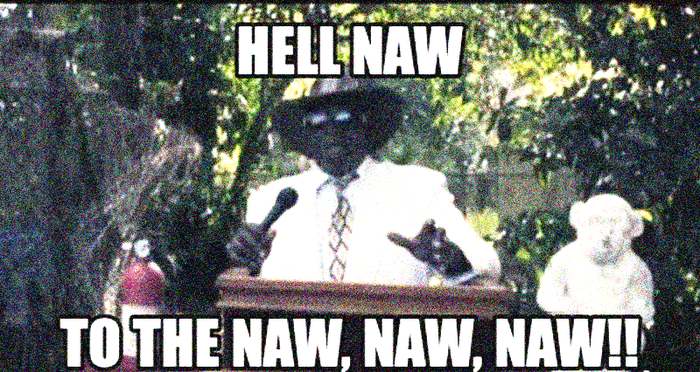 Other approaches attempt to leverage even more dangerous technology than free-spinning propeller blades.

The Lazareth LMV 496 uses jet engines right under your feet to achieve lift. 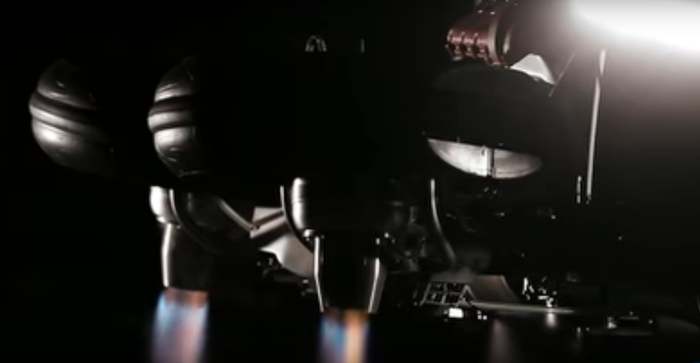 I shouldn't have to explain how bad of an idea that is. It kinda works if they tether every side of their hoverbike to the ground for safety purposes.

I still wouldn't get anywhere around the thing, though. 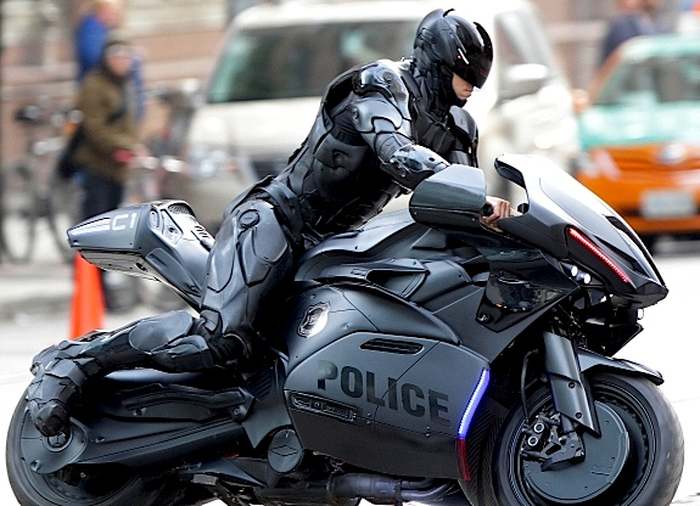 Sci-fi fanatics will squeal and urinate themselves at the thought of whipping through the air on their own high-powered flying bike.

Robocop had a cool bike, right? Yep, he was also missing most of his body parts - something you're bound to have in common with him after commuting on your new hoverbike. 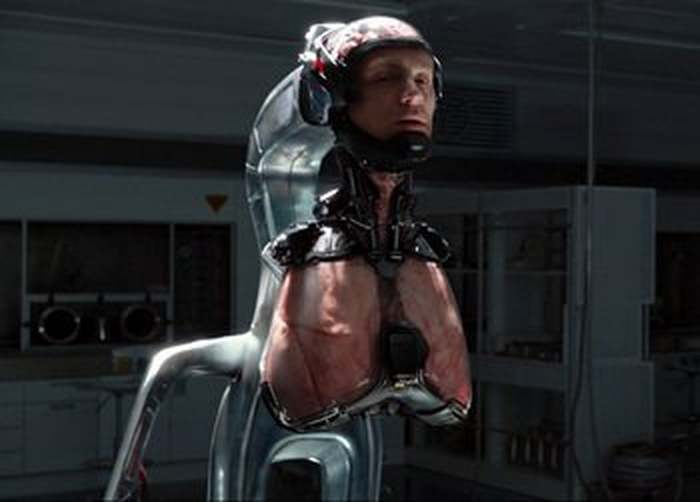 This video can play all the lofi, jazzy hip hop it wants, that mannequin they've strapped to this teetering air-plank would sue for inhumane treatment if he had a central nervous system.

The British lads at Malloy Aeronautics built the back-breaker above way back in 2006. Where are they now? Making unmanned air vehicles for the US Navy apparently.

We are on the cover of this month's issue of Navy News Magazine! pic.twitter.com/Kllws3SBm9

Good for them! And good for us too, because their manned vehicles were basically 3rd degree murder with wings.

The Russians at HOVERSURF aren't doing much better with the very appropriately named Scorpion 3. 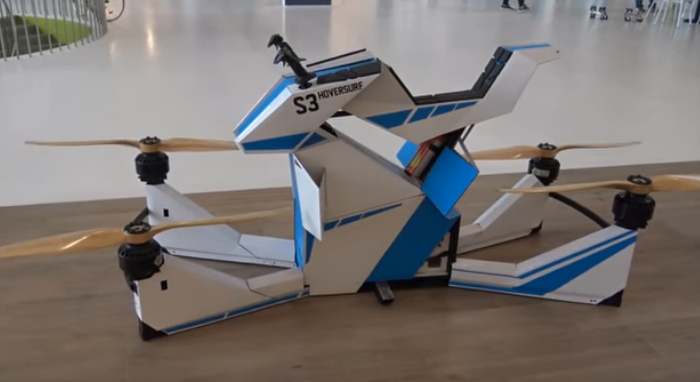 A seat that looks like a cardboard cutout with tire tread accents.

A design that's sure to suffer catastrophic failure at the slightest provocation. 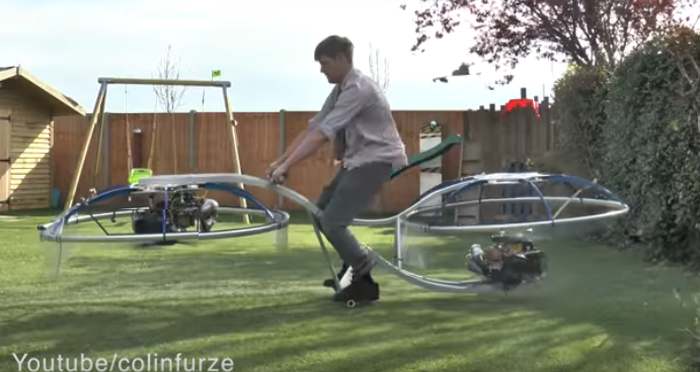 Look, I am truly all for straddling a cool flying motorcycle and speeding off into an AutoCAD sunset like a postmodern desperado, but the designs put on display by current hoverbike creators just aren't cutting it for me.

Actually, I guess they ARE cutting it... Cutting it (your body) to pieces.

If pointing circular saws at the rider's face, legs and internal organs is the best hoverbike designers can do, then I'll stick to driving land-locked, rubber-wheeled, airbag-outfitted vehicles for the time being. 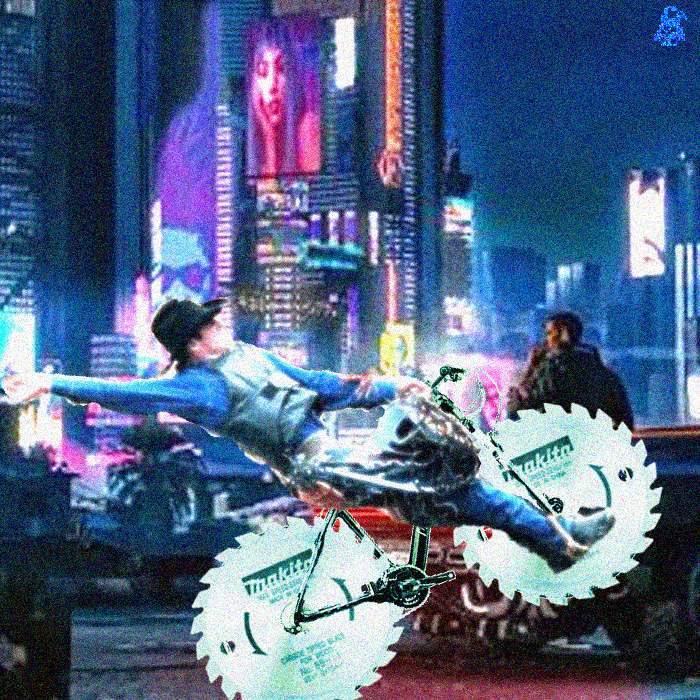 The very best design (that doesn't feature a gazillion life-threatening elements) that I've seen so far is this...

Well, that doesn't actually look REAL does it?

The caption plainly stating its an animation project drives that hunch home. That, and it's using technology that doesn't actually exist yet.

Propellerless technology, to be exact.

That's the kind of concept I can get behind.

Clearly, we have quite a ways to go before anything remotely practical is created in the flying personal vehicle space.

Drone vehicles just might be the future, but the widow-makers mentioned above are most definitely not.

Read about inventions that would confuse their creators next.