Got Gamer's Block? Bust Open One of These New Indie Space Strategy Games for a Change of Pace - March 2022 - Odd Nugget There are more space strategy games now than ever before! If you're looking to score a great game, look no further than these picks...

Civilizations familiar with space-time technology, how their world ecology and rules work.

The story takes place in an accidental turbulence, many spaces are torn apart, and the magic is the time flow and space interspersed in these rifts.

Players can play the role of civilized justice pirates, or unscrupulous forest hunters, and understand the specific conditions of the world from their eyes.

You can also play the hand of God, create a powerful BOSS, destroy and invade this civilization, and even create new civilization heroes to create epics. Made by Finite Reflection

Collect modules from destroyed enemy ships to grow your own. Not happy with where a turret is attached? Pop it off and put it somewhere else! Reconfiguring the layout of your ship could be the reason you survive... or it could be the reason you die. Survive the onslaught of enemies as you try to make your way to the warp gates. 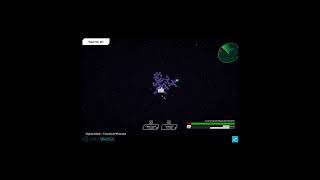 Developed by Nikolaj Piet Pagh and published by PetskullGames

Stardust Origins is a story driven 2D topdown space adventure with RPG elements and a mining management game. You're not in space, you're on the actual planets. Trade, explore, do quests, survive, mine and fight in an expanding procedurally generated universe where each planet is unique and you'll encounter alien species, friends and foe. Find your way back home, to confront your deceitful father.

Whether you will embark on being an explorer, a miner, a trader or a pirate, you will encounter hostile ships and fights are unavoidable. Use your ship and your upgrades to your advantage, protecting your life and whats precious to you.

As you've hurled into unknown space by your father, every system and planet is ready to be explored. Each planet is unique and offers a vast variety of lifeforms and places to visit.

Every planet is populated with space stations, where you can trade anything your heart desire. Ordinary items, rare artifacts and alien technology. All is up for sale. Buy new and better ships, all with numerous upgrades to suit your play style.

One of the better ways to increase your wealth is to deploy and manage planetary mines. In the hands of an effective crew, your mines will generate a lot of ore to be sold on markets.

A dispute with your father hurled you into unknown space and you are now in an unknown part of the universe. Can you find your way home and seek revenge?

Compelling story with main quests and side quests

Over one thousand different types of ships available. All with numerous upgrades to suit your play style.

Interact with a lot of different NPC's both humanoid and alien

Stock market - Buy and sell shares to increase your wealth

Mine asteroids or planet surfaces to find rare and unique minerals

Build and maintain mining stations for other supplies of ore

Trader. Buy and sell commodities between systemsPassenger carrier. Transfer passengers between systemLivestock hauler. Move livestock carefully from system to systemPirate. Attack traders and ferries and loot them for their commodities, avoid the local law enforcementMiner. Mine ore and find rare gems and minerals. Establish mining operations on planetsExplorer. Discover new star systems, reveal the story of an ancient alien race and try to find your way home Try to SURVIVE on another planet Carol!

I'm a big fan of 11bit.! This is a "This War of Mine" like game with 2D pixel art style. You need to manage your resources and find a way to survive on Planet Carol. You are an astronaut, crashed on Planet Carol. All you have are one pitiful kitten and Robot Hal.

Can you survive here with your wisdom and courage?

Can you fix your spaceship and go find your teammates?

Will you promise you will always protect little Kitty?

And, find out the truth behind this mission!

Most image resources come from me, an programmer. So, you know, not good-looking... but I do put my heart in it. :)

This is my first game. Hope someone may like it. :)

Finally, I believe Science fiction is the ultimate romance for mankind! Made by Massive Galaxy Studios

For the Warp is a roguelike deckbuilding game in space!

Discover and add new cards to your arsenal and increase your chances of surviving.

Encounter allies and foes, ancient civilization ruins, unlock powerful technologies and ships.This game is in activedevelopment, please leave suggestions in the community forums.What do you get when you buy?Steam key, now availableDRM Free gameHelp us shape the game with your feedbackMeanwhile you can also check us out:ForTheWarp.comFor The Warp twitterFor The Warp Devblog 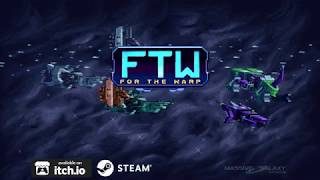 The planet is the cradle of the mind, but you can't live forever in the cradle" Konstantin Tsiolkovsky

In Solargene, you will manage the expansion of humanity in the Solar System in the near future.

The change of the time of day corresponds to the real one for each planet and depends on the location of the colony.

Radiation, illumination and other factors affecting the life of the colony are also individual for each planet.

From small buildings to entire cities, with free-standing buildings, pedestrian paths, stairs and lanterns.Singlemulti-storey premises accommodating both small furniture and industrial and scientific equipment with a height of tens of meters.

Dozens of rooms for various purposes.

Dozens of design options for each room inside and outside.

A large number of various furniture and equipment.

Trade and contracting with each country

Simple communication of colonies with each other by means of shuttles carrying cargo and personnel.

Various specialties of the characters.Each colonist has his own place of work and needs that need to be met.

The oxygen cycle at the station is provided by regenerators and plants.

Solar panels that generate energy during the day.Energy generators that consume fuel.

Batteries that smooth out fluctuations in energy consumption and production.

A simple and powerful construction mechanism in space allows you to create both small stations and cities in orbit.Realistic physics of interplanetary flights, including simulation of the movement of the planets of the solar system and real flight paths calculated by the game automatically.

Developed by JT and published by JT

Your galaxy is a blank slate; An untamed wilderness full of potential! Travel from planet to planet and develop each one into a beautiful village, town, or city through the use of machines and crafting!

Actions in PoliPlanet are generally completed by interacting with the physical world rather than through the use of menus and UI. Whether it's gathering resources, loading machines, or planting trees, it's all done in real time and space.

No grids, no point click. Whether it's a segment or a complete structure, you're free to build wherever and however you want. Let your creativity flourish!

Citizens in PoliPlanet are not mindless NPCs who follow a predetermined set of instructions. They build complex relationships with the player and each other. Treat them well!

As you develop your skills, you'll learn more about the resources at your disposal and gain the ability to craft bigger and better structures and machines. As your planets become more inviting, NPCs will begin take notice. If they like them enough, they might even fly over in their rocket ship and take up residence! But of course, everyone is different. A merchant might want to see a few other citizens living on your planet before they're willing to set up shop. They need someone to sell to after all!

Each planet is unique, with its own resources and features! So what if your citizens are requesting some plant life on your sandy, desert planet? Well, it's off to your spaceship to search for a shiny new planet, lush with trees and plants! But how will you get them back to your civilization? Rockets? An overly complicated tube system? Build a transportation robot who exists solely to carry out your every request? It's up to you! Made by Jas X

Set in the near future of 2065, SALVO is a real time tactics space combat sim. As the newly promoted commander of a combat vessel, you must lead your crew through dangerous operations in the outskirts of the solar system.

Widespread use of high energy signal jamming and stellar phenomena have rendered most guided weaponry useless. Direct your own fire control and intercept hostile projectiles with the Mk1 eyeball.Counter your opponents by issuing tactical maneuvering orders in real time. Exploit blind spots and weak points, or simply evade incoming attacks.Analyse and adapt to different opponents. Talk, navigate or fight your way through encounters, but beware; retreat isnt always an option, and mistakes can cost you dearly.From performance optimizations to design, this game is intended to be enjoyed on a mobile device first. Expect intuitivefeatures like gestures and sensor input, with no compromise on visual fidelity.EARY ACCESSThis game is curently in the early stages ofactive development. The playable demo does not represent the final productINTHIS DEMOChoose and play through a simple combat scenario as the commander of the ISV Proxima.Issuing OrdersIn AIM mode, tap anywhere on the screen to fire your currently selected weapon. A skilled commander may also intercept enemy projectiles with their own...InMOVEmode, tap anywhere on the screen to issue a move order for your shipMode Switching Weapon SelectionSwitch between AIM and MOVE mode by using the toggle on the bottom left of the screen.Select a different weapon by tapping on the weapon panel and choosing from the open list. Different weapons have different ammo limit and magazine size.TargetSwitchingWhen using the GESTURE method, simply swipe left or right to switch between targets. If using theUI method, tap on the arrow buttons on either side of the target reticule. The method option can be changed from the pause menu.RetreatingIn a scenario which allows retreating, survive until the timer counts down to 0 then tap the ESCAPEbutton to complete the encounter.Secondary WeaponsMost combat vessels are equipped with point defence batteries (PDB) to defend against incoming projectiles. A brave commander may choose to use them offensively...Obstacles ItemsOccasionally, various floating obstacles and items mayappear in the area. Avoid collidingwith obstacles, pick up useful items by moving close to them.CREDITSJasXRGP (Creator Developer, Rice Golem Productions)ManekiMushi (Character Artist, Writer)A MESSAGE FROM THE CREATOR"Thank you for playing the demo ofSALVO! Yourfeedback is important to us. Expect to see regular updates and continuous improvements to the game.Please enjoy!"- Jas X, Rice Golem Productions