Got Gamer's Block? Bust Open One of These New Indie Racing Games for a Change of Pace - January 2022 - Odd Nugget Racing games like Forza or Gran Tourismo will have pretty quiet events in the next few years due to electric cars..

Whether your taste in racing games is mainstream or extremely niche, the following picks are probably going to be permanent fixtures in your weekly rotation...

Rust Racers is a vehicle combat game without traditional weapons, a game based around utilizing your mobility, mass, momentum, and special abilities to destroy your enemies. The world is hostile, so are the enemies and this is where friendships come to die.

Political discourse divided society and as the social contract eroded so did our world.

The United Corporate Government of the remaining world has seized control over the planet,

what's left of it that is.

Production population is tightly managed to maintain sustained growth throughout the

total collapse of the global ecosystem.

Operational parameters are overseen by The Corporate Authority, a General Purpose Artificial

reduced to another set of training data for a malevolent AI?

Dive into the arena and battle swarms of equally trophy-hungry players!

Master the high mobility of jumps, boosts, and flight then use your vehicle's momentum, mass, and unique special abilities to annihilate your opponents and be the last one standing.

Be the epicenter of chaos and dive carelessly into battle, or plan your actions to meticulous detail. Choose a playstyle that fits you and choose from a variety of vehicles and drivers to achieve victory. Customize your ironclad chariot and ride in style straight to the pits of hell!

GET INVOLVED, GET REWARDED

Join our discord and get unique skins and titles as a reward for being an early supporter. Help us make this game reach its full potential! https:discord.gghEzkDj Made by Felipe Godoy

In this archipelago, you can explore, race, buy new vehicles, get achievements and more!

Here's some of the stuff you can do: 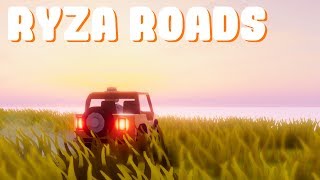 Go v against another player (or a CPU) in a fighting mode. With cars. I dunno either, I came up with it while in the shower.

Controls for both game modes are directions and one button. Play one-handed, if you want! Keep your other hand for... holding orange juice! Yes! The goal is to create a highly interesting drag racing game with satisfying controls and a very deep upgrading system!

The game is designed for quick matches between you and your friends perhaps as a warmup.

A game should take around min. Therefore, challenge your friends and beat them up!

You can also try to get the highest score on the global leaderboard and prove that you are the superior being.

There are currently cars, as shown below, and many different upgrades containing interesting bonuses. Combine these factors to create your own strategy and squeeze every last drop of power out of your car! Though be careful, the success of your strategy will ultimately depend on your keen awareness and skill about driving and the randomized cost of each upgrade. Best of luck!

Turbo powered beast that can either be the fastest or the slowest depending on driver-skill.

Heavy old car that always gets a head start because of its guarenteed Tireboost!

Weak but light race car that has preinstalled NOS.

Join my Discord server to chat and stay updated on tournaments and stuff: Made by Blendo Games

You and your buddy made a bunch of carsreally mad.

Blast across the dunes, scavengeammo for your buddy, drive to survive. Good luck,Dunebug.

Made for DFPS game jam 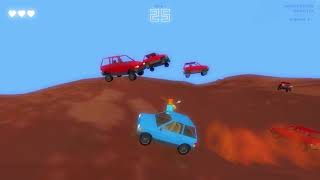 Are you a good driver? So, enter this challenge where you don't control the car's throttle and only control the direction. Dodge the cars and avoid dying on this endless road and be careful with the road conditions.

Collect coins and earn bonuses by jumping along the ramps that appear along the way. Developed by Brian Lindenhof and published by ShadowBrain Games

Climbey is a VR-only climbing game!

The goal is to climb to the finish as fast as you can, avoiding obstacles and trying not to fall along the way.

Physics-powered climbing and jumping controls that are easy to grasp but hard to master!

A level editor with full workshop support so you can create and share levels!

Online multiplayer with up to people, including workshop level support! Race your friends!

Support for custom skyboxes! Set it to whatever you like!

Optional comfort settings for the motion sick prone among you, floor dots, fov reduction and a spherical cage, more! Read Pirate in Art From All Over - Odd Nugget next.