Got Gamer's Block? Bust Open One of These New Indie Fantasy Games for a Change of Pace - February 2022 - Odd Nugget There are more fantasy games now than ever before! If you're looking to score a great game, look no further than these picks...

When light and darkness split the earth - everything chooses a side.While yokai and animals have always endured in the darkened forests, humans with their spirit birds remained in the safety of the towns. They intended to keep the balance between the scales of harmony. But time weakens the link between humans and spirit birds. A yearly festival of light shall strengthen their bonds. During the celebration, a defender of the light who shall carry the title of "ampguard" is chosen. His mighty armour strengthens the bond between the wearer and his spirit bird. It becomes their burdon to shield the festivities from the advancing corruption of the dark. When the festival buzzes proudly, the troops of night come creeping from the forest's depths to drown the festival's radiance. Only the ampguard is the ray of hope within the last stand against the darkness.

Fight with powerful abilities: Collect Shards, which you combine with Talismans to unlock new abilities and combat patterns, and defeat an eerie collection of creatures! Every misstep is punished, but victory is all the sweeter. Talismans strengthen you and your Shards. Gain an advantage by cleverly combining them.

Discover your strategy: The unique combat system offers you a variety of combinations to assign to your shards. Personalize the moveset of your ampguard and win the battle!

Improve yourself constantly: New dangers await you in every zone. Take on new challenges and benefit from their advantages. Combine and upgrade your shards at the workbench to be ready for the next battle.

A dark and magical forest: venture into the mysterious forest and restore balance. Explore a world full of sinister Yokai monsters just waiting for your visit. Rest in the rest zones and gather new strength for battle. Reach the end and encounter the unpredictable. spend time in a fantasy washroom;

watch the days go by; listen to the breeze;

the first volume in a series of tiny reflections on home-space belonging.

This is a VR game, you can travel the solar system through your VR devices in this game, round trip the Sun,venus,mercury,earth,moon,mars,Saturn,Jupiter,Uranus,Feel the shock of the universe.

You can use the VR controller point to the planet where you want to go,then you will flying in the universe and traveling to the target planet.

You can move around the target planet in the atmosphere,left and right,up and down,keep away and move near the planet.

You can rotate with the planet revolve rotation and revolution around the sun.

You can the wonderful solar flare of the sun,our beautiful earth ,craters on the moon,saturn's beautiful halo,great red spot on jupiter,the red mars,the cold blue tones of uranus and so on.

Have a wonderful and incredible space odyssey. Fayburrow" is a 3rd year student project from The Animation Workshop in Denmark.

Play the role of amateur detective Beatrice as she and her curious fairy, Lu, unravel the secrets of their hometown Fayburrow. When Beatrice is urgently called home, she discovers that her childhood friend, Agnes, is missing. Join the two detectives in searching the town for clues about Agnes' whereabouts; find out the truth of Fayburrow's past and perhaps you will discover the key to its present.

Fayburrow" is a third person mystery adventure game with an emphasis on characters and story. It's atmospheric visuals and charming character interactions will transport you a world of fairies and untold history.

Explore Beatrice and Lu's home town Fayburrow and delve deeper into the clues left behind by her childhood friend. Lose your self in the mysteries beneath the Hawthorne school's foundations.

Peppered into every corner of "Fayburrow" are snippets of memories, lore and story around Beatrice and Lu's mysterious past.

Make sure to take your time and enjoy the gorgeous vistas, accompanied by music composed by Tobias Dahl Nielsen and rich sound design by Frederik Riis-Jacobsen. We hope that you enjoy our story. Arcus is a fantasy action game where failure is just the next step in the story. Aim and fire arrows at invading enemies. Swing your swordat any angle to get past their defenses. Spend resources between missions to buy special arrow types and increase your chances of successwhile you solvethe mystery behind the new undead skeleton faction in a land where magic has been made taboo. 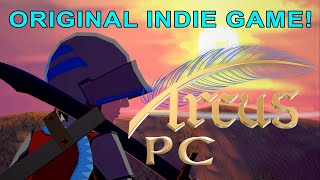 In Line Strike game, you get the role of the commander of a small army. All you need to do is select the type of troops and install it on the battlefield. The game does not require a quick reaction and microcontrol, only knowledge of the stats of your units and tactical ingenuity.

At the beginning of the battle, choose your side. All sides have unique stats and units with their own strengths and weaknesses.

Choose one of the commanders. Commanders are directly involved on the battlefield, helping with their ultimate skills. Each commander affects the cost of units or other characteristics of the army.

Gain gold, hire units and upgrade them. The ability to choose the right strategy for recruiting and placing units determines the winner of the battle!

Destroy the enemy BOSS to win!

Find various weapons and equipment to power up your commanders. The first meeting between the Celts and their gods, the Tuatha de Danaan, should have been a time of celebration and enlightenment, but when negotiations go catastrophically wrong, a battle against a god leaves you near death and untethered from time!

Return to a land overtaken by magickal corruptions and a kingdom splintered into multiple factions warring for the throne. The Celtic society, a complex tapestry of different religions, human cultures, and mortal and immortal races such as the Mourians, Werewolves, Goblins, and monsters threaten to tear at every seam. Will you support the immature, yet rightful, heir, or the pragmatic general in their bid for the throne? What alliances will you forge, what friendships will you foster, what romances will you pursue, and... what will you do when you are suddenly thrust into Medieval Spain?

Things look pretty different in Galicia under Christianity than it did under Celtic rule. Magic is fading, religion is everywhere, and much has changed. Where are your immortal allies now, and what has become of the souls of your mortal friends? Discover changes made to the land over a thousand years of cultural change. Could the corrupt magicks that interfered during your meeting with the Tuatha have led to the destruction of all that the Celtic world held dear?

The Waylanders draws inspiration from classic RPG, opening up a world of adventure for you and your companions to explore. Use real time with pause to strategically select party member combat spells and abilities to defeat roving bandits, rampaging beasts, monsters of legend, and more!

Discover a treasure trove of weapons, armour, trinkets, and more to outfit your party through your journey. With gods standing in your way, youll need every edge you can get.

The companions who set out alongside you on your journey make a massive difference in how youll overcome enemies. Different party class makeups grant a variety of Formation options, each with powerful offensive and defensive abilities. As you level up, unlock new classes, and explore, youll discover new Formations and formation abilities to add to your roster.

The Waylanders is an exciting fantasy RPG inspired by classics such as Dragon Age: Origins, Neverwinter Nights, and Baldurs Gate.

Travel Between Eras - Time travel between two distinct eras: Celtic and Medieval. Meet old allies and discover reborn friends as you step from past to the futureA Story Like No Other - The Waylanders blends Celtic myth from the Spanish region of Galicia with exciting fantasy adventureFaithful Companions - Befriend nine mortal and immortal companions to join you on your journeys through Celtic and Medieval Galicia. Discover their past, bond through special missions, and romance your favoritesLands to Discover in Two Era - Explore more than 50 regions filled with quests, secrets, and enemies in both the Celtic and Medieval eraMultiple endings - Choices made in one time period have dire future consequences. Players will feel the impact of their decisions in surprising and shocking waysStrategic tactical combat - Unique party formation abilities based on characters and classes open up deep, tactical combat options. Different party makeups unlock special offensive attacks and defensive abilities like Daggertip, Phalanx, Golem and Conclave.Full Character Customization - Choose from six basic classes and further specialize into one of 30 advanced classes. Create your character from five playable races based on Celtic mythology, including unusual backgrounds such as Mourian, Semi-Fomorian, and Werewolf, each with a different originImmersive Soundtrack - The Waylanders features music composed by Emmy award-winner and three time BAFTA nominee, Inon ZurPhoto Mode - Capture the excitement and magic of the world of The Waylanders as you discover it with newly added photo features Made by Danny Garay

Toziuha: [to 'sju xa toshiuja] (The meaning of this word is secret ;)

Toziuha Night is a 2D side-scrolling action platformer with features of a metroidvania RPG. Travel through different non-linear maps set in a dark fantasy world; such as a gloomy forest, demon-infested dungeons, a ruined village and even Count Dracula's castle.

Play as Xandria, a beautiful and skilled alchemist who, using an iron whip, fights against the most fearsome demons and other alchemists seeking to obtain a millenary power. To accomplish her mission, Xandria will use various chemical elements to perform powerful attacks and spells.

Retro pixelart style as a tribute to 32-bit consoles.

Test your skills by fighting final bosses and various enemies.

Explore new areas of the map using different skills and improving your stats.

Discover more of the tragic story of the protagonist available in English and Spanish.

This is a metroidvania style game where you don't need to farm.

Combine iron with other chemical elements to create alloys with different playable properties.

Free and open source video game made with Godot Engine.

Features planned for the final version:

A map with a minimum of 7 hours of gameplay.

A DLC map that tells the story about how Xandria became an alchemist and her battle in Dracula's castle (with classic gameplay like NES games).

Help me to fund this project with your donation!!!More info here! Social LinksFacebookTwitterDiscord ServerYoutubeGithub RepoContactdannygaray60gmail.comIf you have problem with macOS version:Since macOS 10.8, Apple requires applications to be signed before they can be run. However, code signing is a paid process (costing a 99year subscription, and more if you also want to publish to the Mac App Store).More info about how bypass it here. I can't do more. 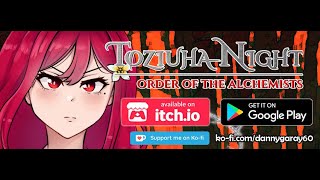 Read Grass Shadows Give You Much to Cry About in "The Garden of Tears and Hope" next.