Give These New Indie Strategy Games a Go - Get Most of Them on Steam! - January 2022 - Odd Nugget Dictators that will not give up power probably have that same 'one more turn' feeling that you get when playing strategy games.

You should give the new strategy games covered below a go if you're up for a fresh challenge and, presumably, plenty of fun to boot!

PLAY IN THE CUBE EXPANSION(JINGOR FACE)!Jingor is a puzzle game, can be used as a hobby, can challenge intelligence, can be leisure entertainment.In the cube expansion, move the mouse to the corresponding position and press the up, down, left and right arrow keys to move the number until appears.Of particular interest is the addition of numbers across an edge in the jingor face. ABOUT:Battle against other ladies to conquer the title of THICC THIGHS!!!How to Play and Theme Relevance:Kick your enemy out of the Mat to win the Game!, The theme is applied in how you can defeat the enemy, by not stopping the combo and having a perfect blocks and attacks to effectively defeat the opponent.What's more juicer than a pair of Thicc Thighs. 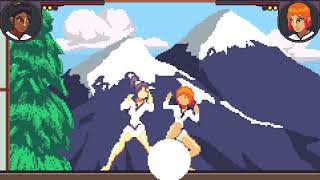 Developed by Game Changers and published by AQE

A D single-player strategy game about a rescue mission that takes place in space, and it is up to the rescue team to venture out and find the missing astronauts, to rescue them from the dangers of space. The player must rotate the rings and align the astronauts on top, for them to enter the ship safely, and escape. Developed by ss and published by ss

Advance from Commander to Fleet Admiral while in charge of the USS Nimitz (CVN-) - a supercarrier of the United States Navy, and the lead ship of her class. Manage your Carrier's Assets and Resources to defend yourself from enemy engagements and advance your Naval Career.You will be in charge of all operations of your Aircraft Carrier: Purchase - Configure - Launch - Land - Refuel: Your F Fighters into the skies to battle against incoming Enemy Aircraft, Ships and Submarines. Upgrade your AA Defenses to Fire Multiple Shells or Increase Reloading Speed but choose wisely as upgrades do not come cheap. Arm your Destroyer Escort Ships with various defenses to engage incoming Fleets, Aircraft or Submarines. Launch SonarRadar using your Hawkeye Aircraft to provide visual warnings on enemy advancements.

Launch your H-D attack helicopters to engage close encounters with enemies approaching your carrier. Manage your assets properly to survive or pay the ultimate price!There are Levels to the gameNo two games are the same with Random AI generation for each level Level up your dice, find powerful equipment for them and try to get to the end of the dungeon!If you lose a fight you'll have to start again, so be careful : )- Try the free demo- Simple turn-based combat- d dice physics- hero classes- monsters- items- A bunch of achievements and modes- Online leaderboardsCode design by mePixel art byaumMini discord community linkto iOS soon.

Game background. Towns Battleground is a towns strategy game. Defend the town and crush the enemy.. Unlock new heroes and improve them to defeat enemies. Upgrade the castle and unlock more features.. Develop your own strategy to defeat the enemy. The characters have different skills, so you can use different tactics to defeat the enemy.Game play. The stronger your Towns is, the more formidable your enemies will be. Strengthen your castle to win the war..

Flexible use of tactics to improve their forces, the more strategic the easier to complete the task;. Cavalry, infantry and archers can be combined flexibly to maximize the strength of your army.Game Features. You have your Towns, your army and your knights. The Towns is under attack. You need to arrange an army to protect the Towns.. From the characters to the buildings, the style is cool, everything carefully drawn and deeply rooted in the human psyche;. Easy to operate, defeating enemies will explode with various rewards and jewels that you can use to buy new cards and increase your combat effectiveness. Make your own history!One of the best World War strategy games. Conquer the World War !Tactical simulation of WW games. World War is about to begin. Lead your army and conquer the world!Terrain and generals, arms, troops with any combination, so that all strategy can become possible!Build the strongest forces! Occupation of all resources! Conquer World War !Classic ww games, with turn-based operation! Play as a WW warfare commander, choose camp, take part in all the famous battles in human history campaigns of World War ! Using kinds of tactics, defend invasion, confront the enemy head on, through a series of battle command, lead your army to the final victory!Simulation Strategy GamesIts a perfect fusion of sandbox simulator, turn-based strategy, and military tactics ww games.

Tactics Collocations Historical Campaigns: Normandy Landing, Operation Market Garden Warfare Conflict Camps: Allies faction and ally Axis large battlefield maps are provide in this strategy gamesOmni-directional combat space: naval battle, air combat, land battle.Make your own historyConquer the world. Every army can gain battle experience and when they become elite forces, their battle effectiveness will be greatly improved.World pattern changes over time. Everyone can rewrite history and establish a powerful armys, conquer world in this ww games!Do you have interest in the history of World War ? Share this turn-based ww games with your friends of WW military fans, play this strategy games together! Enjoy this tactics sandbox games and help you exercise strategy layout ability!Special thanks to the guys who help us a lot in this version.Welcome to subscribe! We will continue to provide you with important information about WW games there!