Give These New Indie Scary Puzzle Games a Go - Get Most of Them on Steam! - April 2022 - Odd Nugget Horror games become less scary if you think of yourself as a ghost the rest are practicing on.

Some of the crazy scary puzzle games that follow are likely to follow you around. You'll have to play them sooner or later - best to start now!

Ghost is a first-person horror game made in realistic 3D graphics that immerses you in an atmosphere of horror and scares you in every way. The gameplay consists of collecting notes and videotapes, solving riddles and escaping ghosts, as well as other mechanics inherent in any horror game. The main goal is to survive and be saved.

Ghosts live everywhere, in our cities and villages. These mysterious creatures walk and fly through us, and what's more scary, they can physically affect us, or even kill us!

So, the hero of this game was "lucky" to meet these unusual creatures and not only meet, but also feel in his own skin all that ghosts can be!

The main character, an ordinary unremarkable guy named Klim, ended up in a rather strange abandoned place. From the very beginning, the place that Klim got into begins to catch up with negative emotions, and the more the main characters are in a strange building, the more they become convinced that he is not alone there.

You have to overcome your fear, going through gloomy locations for the main character, solving various puzzles along the way and trying to understand what is happening, how you got here, and most importantly, how to get out of this place. Thx to Deadlift Boandlkramer for translation 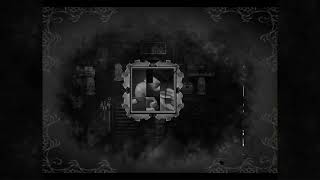 Join the Handle With Air removal team as you navigate the great estate of the late D. Flate and help the estranged son of this world-renowned adventurer recover his precious inheritance.

Test your skill and flex your brain with the pick up and pop gameplay of these balloon bursting puzzles.

From goo to gears, avoid pitfalls and perils as you guide your balloon helpers through the adventurers magnificent mansion.

Get carried away collecting D. Flates priceless airlooms as you uncover the secrets of his bewildering life. Developed by Elephant Games and published by Big Fish Games

While researching her familys history, your relative was pulled back in time! Its up to you to travel into the past to find her, but it wont be easy. Theres a mysterious monster on the prowl and the towns history remains a mystery. Can you uncover the identity of the monster and rescue your friend in time? Find out in this exhilarating hidden-object puzzle adventure!

Play as Victor and stop an evil cult in the bonus chapter!

Unlock the secret room to test your skills!

Never get lost with the strategy guide.

This is a Hidden Object Puzzle Adventure game, meaning a specific genre of story-driven, point click adventures. Throughout the game, players are tasked to find a list of objects hidden within a particular scene, and to occasionally complete various mini-gamespuzzles. Low poly Xmas horror game with puzzles and story line. Evil Gingerbread people are trying to destroy Xmas, but brave little girl will be there to stop them. Game has two possible endings.

I wish you a happy new year! Have fun. 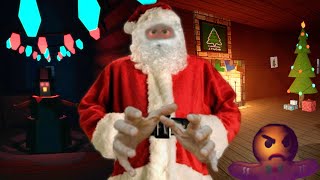 Nyanbaba from the cat's ear planet came to earth in a flying saucer and burned his tongue with milk tea as soon as he landed. Angry nyambaba, she said she would retaliate against mankind with magic!

Introduction to the game:

This is a very scary (cute?) Looking for hidden item type click game!

Some of the hidden points are illogical or strange, and some may be ancient and strange big monsters (little cute?).

Please find all hidden points within the time, otherwise the villain nyanbaba will jump out and scare the players with very, very scary (actually cute) Chinese voice!

Different from the traditional hidden goods game, it is not a reference comparison between the left and right of the two pictures, but a single picture, with a wider field of vision.

After playing each scene repeatedly and accumulating 100, the button to enter the second round mode will appear.

Click error to deduct seconds. Deduct more seconds in the second round.

Suitable for family fun of all ages.

The rules are simple and there is no language understanding barrier.

Suitable for works, gifts for children and girlfriends, as well as all cat girl fans!

Because the personal charm of cat girls may lead to mental retardation of some players, and the symptoms are deliberate failure. Agonize, set in the 1950s, follows the story of a mad scientist named Charles Dwyer. After the passing of his wife and children, he began to perform unusual experiments in an effort to bring life back to his home. But not all went as planned for Charles. He instead created uncontrollable beasts, beyond anything he could have ever imagined.

The surrounding neighbours began to report demonic screams coming from the direction of Charles home, nobody had seen or been in contact with him for weeks...

As a curious group of teenagers, it's up to you to find out what happened to Charles and to take down what lurks within...

Discover charles's left behind information for clues on his miscreation. Make sure to use this to your advantage...

Split up or work as a team to search the house on a quest to locate his serums, you'll need these if you want to get out alive...

Make sure to locate any tools possible in the house that will keep you safe and out of danger while you craft the correct concoction for the beast you're against.

Becareful not to make any mistakes with Charles potions. Providing the monster with the incorrect serums could be fatal to you and your teams survival.

Play with friends or join an online lobby for horrifying 1-4 player co-op gameplay.

New game, new problems to face. With randomised spawns, interactions and unique monsters, Agonize keeps you constantly on your toes for unpredictable gameplay.

Realistic graphics, eerie environment and a minimalistic HUD create the most immersive experience for you and your friends.

Local voice chat takes working as a team to a whole new level. Its time to mute your private chat and immerse yourself in the horror that Agonize has to offer.

Make sure to checkout our community Discord to stay up to date with the launch of Agonize https:discord.cominviteKVdY9P3Sjn Made by Psionic Games

NOW AVAILABLE 4 FREE or PAYWHAT YOU FEEL IT'S WORTH. THANKS!

Tip me via PayPal -One 6 continues the series in a new and exciting way - Now in full 3D it's still an escape game at heart, it's still a point and click adventure you just have much more freedom to explore.

Future episodes will continue to expand the story and I will be building upon this engine I have created to bring you immersive, unique and terrifying experiences. This is just the beginning!

Controls are WASD and space to jump, left click to fire and right click to pickup heavy items etc - Escape button quits (and options for mouse sensitivity)KEYS 1,2 3 set hand, gun tool modes - use the right tool for the job.A video walkthrough will be recorded soon, unless you are a youtuber and you want to help out - record your own, let me know and I'll link you up (or post a comment with the link below)----------------------------------------------------------------------------------Massive thanks as always go to my friends, family especially to my super supportive wife.Also thanks to Katy Darrah who helped with a lot of testing on this game (will add you to the games' credits page as soon as I add a credits page to the game. Time ran out ;-)Finally thanks to all you fans out there who are supporting me, sharing my games, telling your friends, recording youtube videos and most of all buying my games - I can't do this without you guys - THANKS!!Psionic - December 2017CHECK OUT THE FREE DEMO FIRST TO SEE IF IT RUNS OK ON YOUR COMPUTER ETC?https:psionicgames.itch.iobeing-one-episode-6-beta-test

Read The Ruby Recipe - How Man-Made Rubies are Synthesized - Odd Nugget next.