When it comes to fighting games, PS Plus or Xbox Gold or Nintendo Switch online are there to prevent more advanced players from creating a new account on their console and wrecking new players in light of the ranked match system.

All of the fighting games in this article are guaranteed to pique your interest. See for yourself...

Clunky Hero is a story-driven, platformer metroidvania, with a touch of RPG and tons of humor. If youd love a platformer game where you have a funny storyline, can talk with characters, solve side quests, find and buy items, change weapons and wearables, with great hand-drawn-looking backgrounds, presented in a very comical way, then Clunky Hero might be the game of your dreams!

Trade Items on various shops along the game

Various side quests to level up your character

In a village far, far away, a dull peasant named Rufus was living an ordinary life. The boss of the house was his wife, Brunilde, a boisterously smart and funny woman that you wouldnt exactly call pretty. Life was nice and happy in the village, until one day, awakened by some magical mistake, the Evil One started to spread his minions around town, performing hideous acts against the people. The worst of which was the kidnapping of Brunilde. She was torn from Rufus hands and put in a prison at the Evil Ones castle. Transformed into a blondie duck-faced doll girl, she now spends all her time staring at herself in a small handheld mirror.

Determined to win her back, Rufus made a helmet out of a bucket and picked a broom as a weapon. Everybody now calls him the CLUNKY HERO, but he might be the only hope to defeat the evil one that no one wants to call by name. Rufus is now on his journey to save his wife and the whole village! Fresh Indie Fighting Games Out on Steam and Itch - February 2022

A fast paced fighting game set in the distant future!

Set many years after the most of theEarth was made uninhabitable by an apocalyptic heatwave!Fight using powerful special moves and assists, and counterattack using the parry system!

IMPORTANT: This anEARLY ACCESS version of the game, there might be bugs, or unfinished features so please be patient!

Features to be added! At no extra Cost!]

If you find any bugs please report them on Heatwave'sDiscord:follow the game's development, follow my twitter!you ever need to reset the game's settings completely, hold left shift, and press Z while on the Title Screenthis will delete the config save files, and close the game. 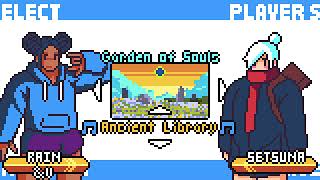 In this land the dead but slumber and wait, and when a new kingdom rises up they drag it back into the dirt. You have awoken at the bottom of an ichorous pit, deathless and restless you hunger for flesh. As you fight through the ruins of countless ancient civilizations... will you repeat the mistakes of the past? Or learn from those whove come before you and ESCAPE THE CORPSE CASTLE?

Corpse Castle is a finely tuned, high-velocity Platform Fighter with a focus on unique and bizarre mechanics. It has integrated elements of Bullet Hell and Twin-Stick Shooter to create intense 360 directional combat, a unique health system to propagate a vicious back-and-forth pacing, dynamic shifting landscape for an ever changing battlefield, and procedural animation system that generates all character motion animation in real-time.

Fight your way through the ruins of 9 ancient civilizations as you solve a deep unwinding mystery.

Nightmarish horror-themed combat! Utilize body horror, necromancy, blood magic and more to wrestle hand-over-hand with combatants for health points and the very flesh that makes up your body.

Powered by an incredible procedural animation system. Experience combat like no other game on the planet with fully simulated characters that must actually use their bodies to interact with their world. ARE YOU TOUGH ENOUGH FOR THE CAGE?!

Only the hardest fighters survive... or the best flappers and floppers.

Each hit, bullet, or explosion you take raises your percentage.

The higher your percentage the harder you get hit.

The only rule in the cage is DON'T TOUCH IT!

Arm yourself with whatever weapons you can find and smack the ever-living crap out of anyone that dares come near you.

New! Hold the fire button to pull your arms back and charge your melee attacks for even more damage!

Why not practice your golf swing while you're at it? FORE!

Gifs are from an early alpha build which has since been updated to be much more vibrant and colorful.

Or DUAL-WIELD two shotguns and obliterate your foes

Just be careful of whats behind you, that knock-back can be brutal.

So brutal in fact you can use it to your advantage to wildly fly around and take your mobility to the next level.

Don't like the layout of the arena? No problem. There's few problems land mines and an RPG can't fix.

And because we at Jamoly Co are committed to providing you with the most accurate physics simulation we understand no sim would be complete without being able to wildly flap melee weapons to gloriously fly through the sky.

FEATURES:CUSTOMIZE YOUR CHARACTERCustomize each part of your ragdoll separately: the shape and color of your head, ears, body, outfit, eyes, and tail. Also includes a thicc optionLEVEL UP COMPLETE CHALLENGESLevel up complete challenges to unlock all extras like character outfits!AWESOME MELEE WEAPONSBats, boxing gloves, golf clubs, flyswatters, hockey sticks and moreSUPER FUN GUNSAll shoot bullets at least the size of a dodgeball.. or watermelon. Shotguns, snipers, machine guns, rifles and moreEPIC EXPLOSIVESRpgs, rocket launchers, grenade launchers, land mines, exploding bats exploding boxing gloves!ENHANCE YOUR PLAY WITH POWERUPSCollect Boosts, Health, Ammo, Shield, Gold Coins even scorestreak powerups to take your game to the next levelAIM BIG WITH SCORESTREAKSRack up enough score without dying and activate streak rewards such as Health Reset, Unlimited Boost or Ammo, Sentry Guns, Rolling Thunder air to land explosives, harrier jets, even aim bot style homing projectiles!RISK YOUR HEALTH ON A GAMBLEGamble your health score on weapon scorestreak wheels for a chance at getting a better weapon! Gold Coin powerups help reduce the riskHUGE GUN KNOCKBACKThe huge knockback gives you tons of mobility and flight power, just be careful!MELEE WEAPON WINGSUse your melee weapons as wings and take to the skies. Requires timing your arm flaps correctly, also different melee weapons are more useful than others for flight. Flyswatter - great upwards lift, Boxing gloves - not so great liftFRYING PAN POWERReflect projectiles - even rockets!Dynamic moving and destructible arenas4 player split screen 8 player online matchesAI BOTSPlay against AI for practice or single playerCUSTOMIZABLE UI SIZEIn case you want it bigger or to get out of your way!DRIVEN BY PHYSICSHits will do variable amounts of damage based on how hard you were actually able to hit them and what their multiplier is. Get a moving start and throw your whole body into it just like real life for maximum damage. Get a melee hit while boosting for double damage!A TRANSPARENT PERCENTAGE SYSTEMA player that gets hit at 0 will take hit forces multiplied by 1x, at 50 hit forces to this player are multiplied by 1.5x, at 100 hit forces are multiplied by 2x and so on.A PASSIONATE DEVThis is being made through passion and a love for gaming so community feedback is very important. There is a huge amount of potential this base game can provide and it will be supported with continuing new cool features as often as possible. A big goal is to get this to a point where workshop support can be added so the community can help too. Play as an unlikely god seeking to claim their throne in this TitanSouls-like boss battle royal! Summon the power of the elements to take on the legendary elemental gods and seize your throne in this fast-paced action-adventure!

Stuck on a boss?

No worries! I posted a guide on the originalGame Maker forums threadthat has some tips on beating each of the bosses (although I hope you don't need them!!)

This game was made over the course of 7 days for the GMC Jam 43 originally! 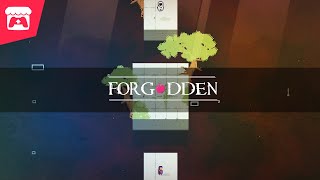 Climb huge mountains, impale hundreds of enemies, and solve tricky physics puzzles... all using only a spear. Pole-vault yourself to victory in this epic joust-'em-up adventure or face your friends in online co-op and PvP multiplayer!

Play singleplayer or bring a friend for Sir Happenlance's epic campaign against the monarch!

Outwit your friends in online PvP with rollback netcode!

Play in competitive gladiatorial arenas for the ultimate fighting experience! Developed by Sokaikan ltd and published by No Gravity Games

Custom-made fighting engine with unique moves for each character. Fight with swords, nunchakus, and bo staffs.

Many different enemies, each with their own moveset and weapons.

Arcade mode for those who want to jump straight into the action.

Parry any attacks, projectiles, and traps!

Upload your high scores and compete globally with other players!

Discover many secrets and hidden areas!

Play together in a local co-op mode, and heal each other to achieve victory!

The Black Mantis clan has come to Okinawa...

Take on the role of the martial arts master Hiro, Meilin, or Shin as they face off in a desperate fight for their lives against the Black Mantis clan. DOUBLE THE MAYHEM: Bring a friend and battle against ninjas, demons, and more in the 2-player local co-op mode of this action-adventure platformer set in a mystical, fantasy version of Okinawa.

The fast, fluid combat system brings with it many moves, combos, juggles, and an intuitive parrying system.

Fight to gain the top spot on our online scoreboard!

1 Player: keyboard (not mappable) or pad (you can change controls) Super Tilt Bro is a demake of the Super Smash Bros. series compatible with the good old Nintendo Entertainment System from the 1980s. Featuring online play, thanks to a Wi-Fi chip in the cartridge!

Need someone to play online?

If you are searching for a cartridge, it is too early.

Game carts exist, but are prototypes.

Register your mail to be notified on release.

Thank you for your interest 3

You can use different moves by holding a direction when pressing the attack or special move button.

We identified some flaws in current prototypes leading to game crash

Fixing it is non-trivial, but will also improve netcode by fastening UDP packet handling

Remember to wishlist the cartridge: the game to support more rollback frames

The server now accepts NTSC clients, without crossplay between PAL and NTSC

Inputs during screen shake are no more ignored

Kiki now can always draw a platform after respawn, before touching ground

It is now a three hits combo

Getting all three hits inflicts good damage to the opponent

Spamming it leaves you vulnerable to punish

Plan 7-B (placing Carrot, then teleporting on him), is now entirely mapped on spacial-neutral move

Press B one time it places Carrot, a second time Pepper teleports on him

Redrawn online menu, and wishlist for the cart!

There is no Steam for retro games, so we set up a home-brewed wishlist.

Register your mail on super-tilt-bro.com

You will receive a mail on Kickstarter launch

When connecting to a server, "bad ping" threshold changed from 200 ms to 800 ms

Now physics and animations are adapted on the fly

The experience should be smoother on NTSC systems

Read Take a Look at This Awesome Flower Art - Odd Nugget next.